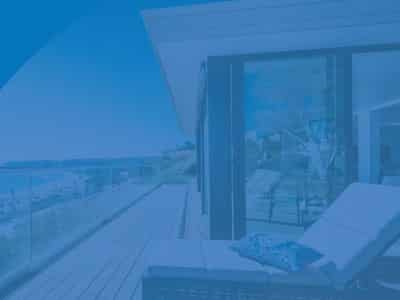 Addiction and dependence are two words often used almost interchangeably. They go hand in hand with one another, but they’re not quite the same thing.

The National Institute on Drug Abuse (NIDA), gives a one-word answer to the question: “Is there a difference between physical dependence and addiction?”

Yes. Yes, there is a difference.

NIDA defines addiction as “compulsive drug use despite harmful consequences.” It’s chronic, or ongoing, and relapse — a return to substance use — isn’t a given, but it’s a real possibility. (That can hinge on a number of factors, including biological or genetic components such as gender or co-occurring mental disorders or environmental triggers such as school or peers.)

There is a list of 11 characteristics (more on that later) from the American Psychiatric Association’s Diagnostic and Statistical Manual of Mental Disorders (DSM-V) manual. The more boxes a user ticks, the more severe their addiction is.

There are psychological components, such as neglecting work or family responsibilities or being unable to stop using. But there are physical ones, too, such as building a tolerance to the substances or experiencing withdrawal when someone tries to quit using. If a person needs more to achieve the same effect, or it hurts to stop, the addiction has veered into physical dependence territory.

“Physical dependence in and of itself does not constitute addiction, but it often accompanies addiction,” NIDA explains.

Dependence is “a state in which an organism functions normally only in the presence of a drug,” according to NIDA. If the use stops, withdrawal takes place, and that can range from mildly uncomfortable to life-threatening.

In the grand scheme of things, for example, caffeine isn’t so hard to quit — though many may jokingly disagree. In comparison to alcohol, however, going cold turkey off caffeine means drowsiness and headaches.

Those symptoms are minor inconveniences, especially when compared to the dangers of instant alcohol abstinence. That approach of quitting alcohol — depending on how severe the dependence — can produce a condition known as delirium tremens (which involve hallucinations, anxiety, cardiovascular problems, and confusion) and lead to seizures, a stroke, or a heart attack.

The American Psychiatric Association’s more recent DSM editions break down the sub-classifications of substance use disorder. It can be rated as mild, moderate, or severe, depending on 11 criteria used to evaluate the level of addiction.

Signs of addiction include:

If a person has two or fewer symptoms, they do not have a substance use disorder. If they have two or more, they may be classified as addicts. The addiction levels include:

When comparing substance abuse vs. addiction or addiction vs. dependence, it matters little to split hairs among the terms. If you’re using and want to stop and can’t, or it’s affecting personal relationships, your job performance, your health, or putting you at risk for prison or probation, it’s a smart idea to consider getting help.

Addiction, substance abuse, and dependence were long seen as moral failings, as lapses in judgment. The perception is shifting, though. Scientists are finding more evidence than ever before that these compulsions rewire the brain rather than soften the mind’s resolve.

Facing Addiction in America, a report presented by the office of former Surgeon General Vivek Murphy, MD, MBA, stresses treating addiction as a disease. “We must help everyone see that addiction is not a character flaw — it is a chronic illness that we must approach with the same skill and compassion with which we approach heart disease, diabetes, and cancer.”