The Difference Between A Slip vs. Relapse 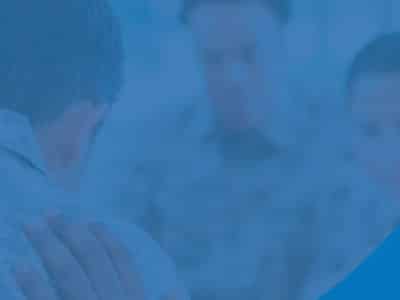 Sobriety seekers who experience a slip or a relapse might feel hopeless after overdoing things, but a backslide doesn’t necessarily doom one to failure. In other words, relapse vs. slip are two different things. There is a difference between lapse and relapse.
Think of it like a quick trip versus a big move.
A lapse is a one-time slip or backslide into use, but a person gets back on the program right away. With a relapse, the suitcases are packed and sobriety isn’t a priority. Rather, it’s a full-out return to addictive behaviors.

Is Relapse Part of Recovery?

A relapse is not part of every recovery, but a break with abstinence isn’t rare. Between 40 and 60 percent of people with substance use disorders experience a relapse. (For comparison, hypertension sufferers relapse 50 to 70 percent of the time.) Drug and alcohol users should hardly feel alone in their struggles: countless celebrities, after all, have biographies dotted with slips and relapses.

The U.S. surgeon general estimates that 9 percent of the U.S. population – or 22 million Americans — likely has a substance use disorder for alcohol or drugs. Of that number, only about 10 percent seek help. Countless others dip into misuse by binge drinking alcohol, taking unapproved prescription medications, or experimenting with illegal recreational drugs. For a fair amount of people, use tapers off as they mature or have children or simply opt to stop.

For others, it’s a little trickier, but not impossible.  It’s all a matter of perspective. And hard work.

Difference Between a Slip and Relapse

Most people in recovery face a long road ahead of them. Sometimes they slip and use once, regret the action, strengthen their resolve, and get back on track.

The U.S. Substance Abuse and Mental Health Services Administration (SAMHSA) suggests thinking of a slip as “a signal that something is not working. Think about what happened, and figure out what changes are needed.”

Unchecked, those slips, or lapses, can lead to a relapse, or a return to abuse, but that hiccup doesn’t necessarily mean that the addiction will once more rage out of control.

What to Do When You Relapse or Lapse

Viewing the lapse as a mistake rather than a failure allows the user to turn it into a learning opportunity. It can strengthen resolve and speed a return to abstinence.

What to do after a relapse is more complicated, but the National Institute on Drug Abuse (NIDA) assures that addiction can be managed. Years of data and observation have led to newer treatments that take the likelihood of relapse under consideration and are designed to help prevent relapse.

Treating diseases such as addiction means changing deeply entrenched behaviors. Relapse isn’t failure. It’s a sign that that treatment may need to be resumed or modified, or that a whole new program might be a better approach.

Substance use disorder (SUD) shouldn’t be seen as a moral failure or some kind of weakness. Addiction has many possible causes. Sometimes it’s genetics. Sometimes a person has a dual diagnosis of a mental illness such as depression or anxiety along with a substance use disorder. Sometimes it’s peer pressure or thrill-seeking. SUD rewires people’s brains. The feel-good chemicals the body once produced aren’t generated so regularly; drugs or alcohol (or whatever the addictive substance may be) do the emotional heavy lifting.

Signs of a Relapse

Certain behaviors and attitudes tend to appear when a relapse is imminent. It doesn’t matter if a person is coping with alcohol use or drug use disorders, or a combination thereof. Typically a relapse occurs in three phases: emotional, mental, and physical, and there are warning signs for each stage.

The Yale Journal of Biology and Medicine says this is what happens when you relapse. It typically occurs in three steps:

There is a common misconception that turning down that first drink (or drug) is going to be enough to prevent relapse. Usually when things land at that particular stage, however, it can be hard to stop. This is where cognitive behavioral therapy can help. It can take a lot of effort to change negative thinking patterns (blaming others, fearing it’s too much work) but hard work can teach helpful coping skills.

All-or-nothing thinking can derail recovery efforts. It breeds anxiety, depression and stress, all of which can fuel a relapse. Fear – of judgment, of living in a world without drugs or alcohol, of relapse, and even of success – can cloud thinking. Setbacks can be more difficult with such an extreme view. The person in recovery might see a slip as an all-out failure, when it’s best seen as an opportunity to learn new coping skills or better planning strategies.

Many in recovery find they need to learn new ways to enjoy themselves. Sometimes, recovery also involves a new set of friends. The group you used to hang around with every Friday night, the one that left the table loaded with empty beer bottles — many your own — they may not be the best people to support your newfound sobriety. Friday night drinks with the old crowd may need to become movie nights with a different group of people. Feelings that the new arrangement lacks the old one’s magic can make the adjustment even harder.

Attitude accounts for a lot, though. Expectancy theory — that those who expect to have a good time usually do, and vice-versa — suggests that focusing on success is a huge step in the right direction. On the other hand, if people reminisce fondly about their days of using, they’re not focusing on the negative aspects of addiction. It also means a relapse may be on the horizon.

Getting Help with a Relapse

When the siren song of addiction grows louder, giving in to the craving might seem like the only way out.

Sometimes a lapse, or a slip, happens, and that’s okay. It’s not rare, and it’s not the end of the world. The only real failure is to totally give up. That old adage known far and wide to the recovery community — one day at a time — is rooted in experience and wisdom.

Recovery may take several tries to stick. It may seem near impossible to overcome an addiction, but reaching out to a doctor, visiting a 12-step meeting, contacting a rehab facility — those are all great steps on the road to recovery.

Don’t be afraid to ask for help. There are proven approaches and therapies to guide you through both the highs and lows.

Here’s what to do if you relapse, or you fear you may relapse:

How to Help Someone Who Has Relapsed

When someone has fallen off the wagon, let them know they’re not alone. Encourage them to seek help.

Relapse is hardly rare in recovery. In fact, it’s quite normal. It’s also potentially quite dangerous. If a user, after a period of abstinence, returns to the previous level of use before, they put themselves at risk of a deadly overdose.

If they survive that, many or all of the same problems from the days of abuse may resurface, from health risks to job and relationship troubles to illegal activity.

After a slip, or after seeing signs of relapse in yourself or a loved one, it’s crucial to double down on sobriety. Seek help. Practice self-care. And most importantly, don’t give up.