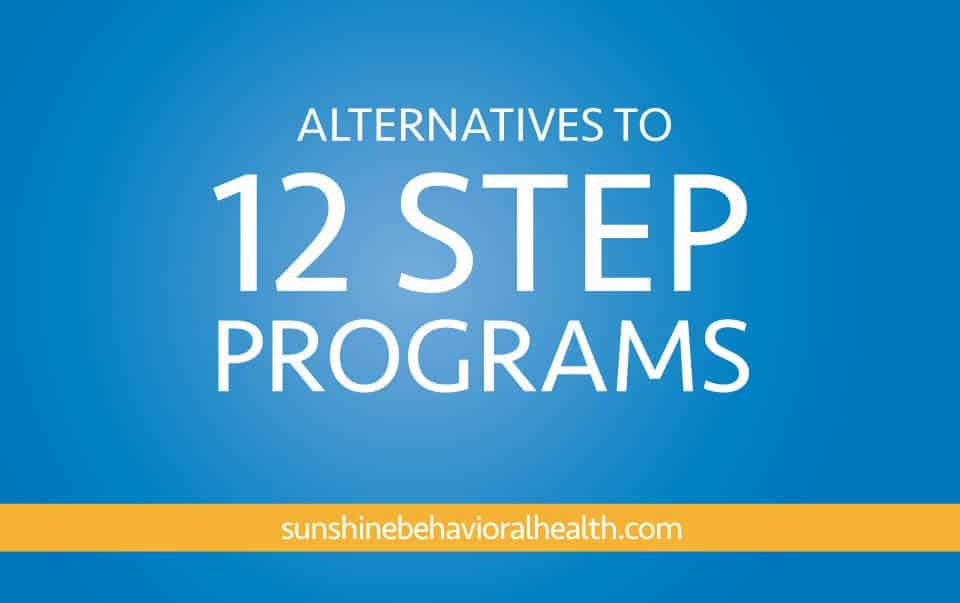 When people join 12-step programs, fellow members often encourage them to share personal information with others. Some people are reluctant to discuss their pasts, especially if they’re still struggling with painful emotions and other consequences of their addictions.

Some of the twelve steps discuss God or a higher power and urge people to place their recoveries in the hands of such powers. People say that this approach creates powerlessness instead of promoting science-backed treatment protocols that can treat mental health issues and other conditions that frequently accompany addiction.

What is the success rate of AA?

It’s difficult to determine the success rate of programs such as Alcoholics Anonymous and Narcotics Anonymous largely because they’re anonymous. Some addiction specialists have claimed that AA has a 5 to 10 percent success rate. In addition, estimates say that 40 to 60 percent of people relapse from sobriety within a year of treatment, similar to relapse rates from other chronic conditions, such as diabetes or asthma.

Other people credit AA with helping them find sobriety and providing the peer support they need to stay that way, indicating that sobriety is unique as the people who seek it.

What are some alternatives to 12-step programs?

If people haven’t found success with 12-step programs or don’t want to use them, they still have a number of alternatives. People who want the fellowship and support of a sobriety group may want to join SMART Recovery, Women for Sobriety, or SOS (Secular Organizations for Sobriety).

Increasing numbers of researchers are finding that medical and mental health approaches may be more effective in treating addiction. These approaches include medications, different forms of therapy, and holistic approaches that address the physical and mental complexities of addiction.

If you or someone you know has an alcohol use disorder or lives with alcoholism, you’ve at least heard of Alcoholics Anonymous (AA). It’s the first thing most people think of when hearing someone has a drinking problem: Go to AA.

What Is Alcoholics Anonymous?

The underlying notion behind Alcoholics Anonymous is the 12 steps, a series of actions intended to get and keep members sober. Inspired by the Oxford Group (Four Absolutes, Four Practices, Five Cs, and Five Procedures), AA’s 12 steps were first enumerated in 1938.

When progressing through the steps, AA members acknowledge their addiction to alcohol, stop drinking, attempt to make amends for the damage their drinking caused them and those around them, and help others with their addictions. They should work the steps in sequence, completing one step before advancing to the next.

Some are secular, some require belief in God, and some mandate a specific religious faith. The Church of Jesus Christ of Latter-day Saints (LDS)—familiarly known as the Mormons—has a 12-step Addiction Recovery Program. 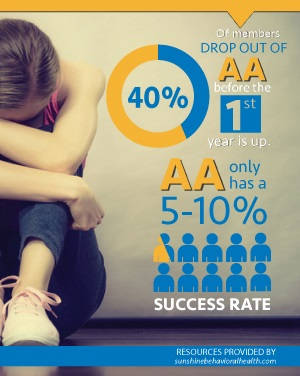 Many rehabs for people with SUD incorporate 12-step practices along with science-based or evidence-based treatments. But not everyone understands why AA or other 12-step programs may not be a good idea.

How Effective Are the 12 Steps?

Although Alcoholics Anonymous was founded nearly a century ago, there is little hard data on how effective it has been. Its reputation for keeping individuals from using or abusing alcohol and other drugs and substances is largely based on anecdotes and faith.

AA is not therapy by itself. It bills itself as a mutual aid fellowship, a group of peers with something in common, in this case, alcohol use disorder (AUD). They meet to share problems, experiences, and solutions. They offer support. And they work the twelve steps, without skipping, and in order.

Formal studies are rare and difficult because AA is anonymous. It keeps no records—no membership rolls, no dues, no chapter presidents—performs no evaluations, and doesn’t track its members’ progress accurately or scientifically. Unless friendships develop among members, there is no contact outside the meetings.

What is known is that 40% of members drop out before the first year is up. At different times, AA claims a 36% sobriety rate after 10 years or a 67% sobriety rate after 16 years, but that likely doesn’t include the 40% who left early. If the true rate is about 40%, then it has a relapse rate the same or worse than other treatments.

Other observers say AA only has a 5-10% success rate. (The success rates of the LDS church 12-step addiction recovery program are even harder to find.)

By contrast, cognitive behavioral therapy (CBT)—a variation on psychotherapy or talk therapy and one of the most common science- or evidence-based treatments—boasts that 60% of participants are still clean one year later. After 16 years, 56% who saw a therapist remained sober.

How the 12 Steps Became the Go-To Treatment for Addiction

Despite this, many judges and politicians believe AA is the only game in town for individuals convicted of driving under the influence of alcohol (DUI) who want to avoid jail time. Many rehabs for people with SUD also incorporate or offer 12-step practices along with their science-based or evidence-based treatments.

The 12 steps in general and AA, in particular, became the go-to solution to addiction because:

Why 12-Step Programs Are Harmful

Whatever their benefits, there is much criticism of 12-step programs as a panacea for substance use disorder, among them that:

The 12 steps are faith-based

While formal belief in God is not a prerequisite for membership or participation in AA, the program is faith-based. The twelve steps mention God four times, refer to God by synonyms (“a Power greater than ourselves”, “Him”) another two times, and also use terms such as “moral” and “spiritual.” Meetings often include the Serenity Prayer (“God grant me the serenity …”) and end with a recitation of the Lord’s Prayer (“Our Father, who art in heaven…”).

This emphasis on spirituality can be a roadblock for people who have been judged for their alcoholism by religious officials and followers, called sinners, and told to pray for their recovery. They may be turned off by any appeal to God. If only God can stop people from drinking, a single lapse or slip might be interpreted as God deciding they can’t be saved or aren’t worth it.

That can also be a barrier for some who are atheist or agnostic or who fear that a spiritual emphasis puts too much responsibility on a deity rather than individuals for drinking and stopping drinking.

AA may have helped many people become and remain sober, but there is little scientific evidence of how and how often it does this. Its very anonymity makes these claims difficult to determine.

No one tests your breath or urine at an AA meeting. AA doesn’t attach ankle bracelets to detect alcohol use. Intoxicated people probably attend AA meetings all the time.

Even if AA’s rosiest statistics are correct, correlation does not prove causation.

The 12 steps are fatalistic

The first of the 12 steps emphasizes that individuals with alcohol use disorder are powerless to help themselves. That is demonstrably false. The decision to attend AA itself proves its members were not powerless.

Many people with SUDs seem to recover on their own without rehab or AA. The rest need help. Emphasizing powerlessness gives the alcohol user the excuse to not even try, to wait for God’s help, and just keep drinking in the meantime.

The 12 steps blame the victim

Although the 12 steps claim to be nonjudgmental, in practice, AA sometimes seems to pass judgment to explain its failures.

The Big Book (the text of the AA) says that AA rarely fails if the individual “thoroughly followed our path.” Those few who do are “unfortunates” who “are constitutionally incapable of being honest with themselves.” So, according to this perspective, individuals who fail using AA weren’t trying.

It goes on to say that people who abuse alcohol “seem to have been born that way.” AA was an early proponent of the disease theory of alcoholism, but the organization’s statements seem judgmental, particularly when it says God has all the power but will not or cannot help those who aren’t “honest.” That sounds a lot like blaming drinkers and claiming that they have moral failings.

Not everybody who attends AA meetings has altruistic or noble motives. Some are there to take advantage of people at their lowest point. Critics and some members of AA say that sometimes, longtime program members prey on newcomers.

There is a strong suggestion that newly sober people should not start new relationships for a year. There are many reasons for this:

Such exploitation is sometimes known as the 13th step. Some who attend AA meetings use them as hunting grounds. To help avoid this, sponsors are supposed to be of the same gender.

Given these reasons, the 12 steps should not be the sole treatment option for SUD.

For those who do not trust or benefit from traditional 12-step facilitation, there are non 12-step programs, secular and evidence-based. A study following a small group of people over a long period found little difference in the success rates between these methods and 12-step programs: all worked. Better still, these non 12-step programs and non faith based rehabs have evidence. 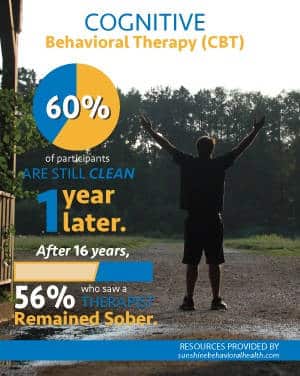 Treatments for people with SUDs have been around long before Bill W. and Dr. Bob came up with the 12 Steps—from inebriate asylums to Keeley’s Gold Cure—with varying degrees of success.

What the most successful programs have in common is that they treat the individual with compassion and respect, provide a supportive social atmosphere and camaraderie, and teach better ways to cope with life’s problems.Faith-based rehab, with or without the 12 steps, benefits some, but not everybody. Supplementary and alternative techniques and programs must be available, considered, and employed.