Meth Bugs & Other Causes of Meth Skin | Sores From Meth Use

Methamphetamine users suffer a lot of physical side effects, including skin troubles. That’s because some people may claw and scratch at their faces and bodies to attack imaginary bugs. The result are wounds and sores that can scar and become infected.

Aside from a variety of neurological and behavioral repercussions of methamphetamine (Meth) abuse, long-term users also suffer from physical consequences like weight loss, severe tooth decay, otherwise known as “Meth Mouth”, and skin sores. Meth sores are caused by intense itching on the skin to try to get rid of insects imagined crawling on or under it, known as Meth Bugs. This leads to skin sores from scratching the skin so aggressively. Meth sores can be found on a person’s face, chest, and arms and often spread due to malnutrition and poor hygiene.

Meth sores impact a person’s physical appearance. They are open sores or scabs on a person’s body. If a person is wondering what do meth sores look like? They may appear to look like acne or a rash. Chronic meth abuse can cause a person to pay less and less attention to their self-care. Due to poor hygiene from lack of bathing and malnutrition, the scores often do not heal which leads to infection and spreading. As a result, a person’s skin may appear dry with scales or scabs.

What Is Meth Psychosis?

Meth psychosis is a mental disorder characterized by psychotic symptoms and syndromes experienced among individuals who use amphetamines. Other examples of mental disorders that people who abuse meth suffer from, are anxiety and depression. Meth psychosis is a mental disorder in which a person’s thoughts and emotions are so impaired that they can’t decipher between what is real and unreal. Most often the development of meth psychosis is seen in people who use higher meth concentrations for long periods of time. Psychosis can be a symptom of Mental Health Disorders, such like Schizophrenia. In a recent study published in the Neurologic Clinics Journal, the most frequently reported symptoms related to meth psychosis are delusions of persecution and auditory hallucinations. Delusions of persecution are when an affected person believes they are going to be harmed despite a lack of evidence. This leads them to have a high level of distrust with people. Auditory hallucinations are when an affected person believes that they are hearing voices, music, or other sounds despite no sounds being made. Other symptoms include: violent ehavior, repetitive motor actitivy, the slowing down of thought processes and physical movements; leading to impoverishment of communication skills.

have methamphetamine use disorder.

had used within the past year.

An extraordinary effect of chronic meth abuse is the sensation that organisms are crawling under one’s skin. These “Meth Bugs”, “Meth Mites” or “Crank Bugs” often lead to formication, which is excessive skin picking or itching to try to get rid of these imaginary meth bugs. Eventually, the face, chest, and arms of a chronic meth user will be covered in open sores. If these sores are not cleaned properly it can lead to an infection and spreading.

Why Does Meth Cause Sores?

Meth often causes sores on the skin because of injection track marks and hallucinations that the substance creates in a person’s mind. In a meth abuser’s mind there are bugs crawling under or on top of their skin biting them. These Meth Bugs are not actually real but feel real to the meth abusers so he or she will scratch hard at their skin trying to remove the bugs. This ultimately causes painful sores. The sores typically get infected due to malnutrition, poor hygiene and repeated use of meth causing continual scratching at already developed sores.

Meth causes a person to experience hallucinations, that something is crawling on their body or under their skin. This can lead to skin picking behaviors leading to the skin breaking down and creating ways for infection.  A recent study conducted by the Center for Disease Control and Prevention found that people who had Methicillin-resistant Staphylococcus aureus(MRSA) and soft tissue infections (SSTIs) were significantly more likely to have recently used meth. This is because meth sores create open wounds on the body that are a pathway for a wide variety of diseases. Other diseases that can get into the body through meth sores are Human Immunodeficiency Virus  (HIV), Hepatitis B Virus (HBV), and Hepatitis C Virus (HCV). These diseases make their way through the meth sores and into the bloodstream. 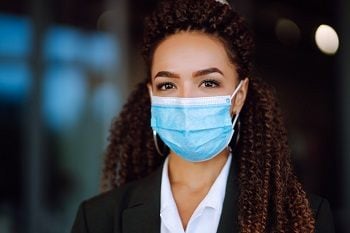 Covid shouldn't stop you from seeking treatment. We are putting our clients health first. Click to learn what why are doing to ensure safe treatment.

How to Get Rid of Meth Sores

The best way to get rid of meth sores is to seek medical treatment from a doctor and go to a rehabilitation clinic to overcome their addiction. Attempting to treat meth sores while a person is still addicted to the substance can be extremely difficult. If the meth abuser continues to use the substance he or she will continue to have hallucinations resulting in more scratching at the skin. This will lead to a vicious cycle of trying to treat meth sores with no success.

A rehabilitation clinic will help a person go through the detoxification process to remove the drug from their system. Without meth in their body, a person will stop having the hallucinations that bugs are crawling and biting their skin. Eventually leading the recovering individual’s body to heal from the harmful side effects of the drug.

With the right treatment plan recovery is possible.  If you or someone you know is suffering from a meth addiction finding a high-quality rehabilitation clinic can help. Meth abuse is a horse in its own league. Typically, people who have an addiction to meth experience hallucinations and struggling with psychosis. Paranoia surrounds the person who is addicted to meth, Which makes them distrust people. Thinking that people are trying to harm them makes it so difficult for the addicted individual to enroll themself in a rehabilitation clinic or even seek proper medical attention. A family member or friend may need to be the person to admit the addicted loved one into a facility against their will. As hard as that might be, it is in their best interest and will provide the loved one with the support they need to overcome their substance abuse.

Meth Addiction and Abuse
Getting Meth Out of Your System
Is Meth Addictive?
Methadone Symptoms & Treatments
Methamphetamine Withdrawal