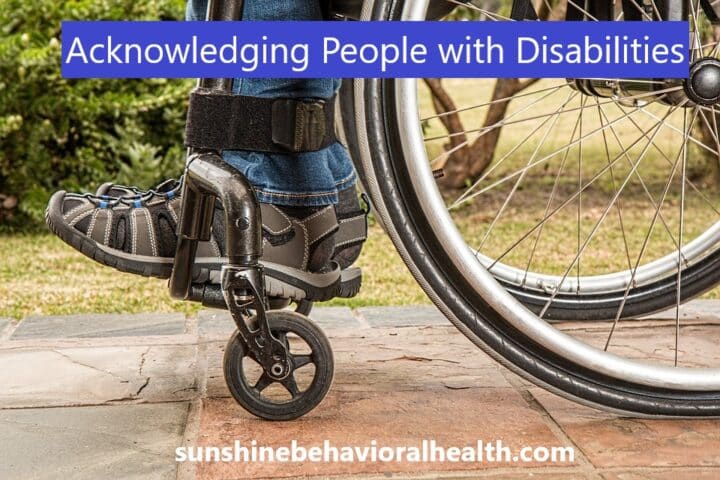 A Billion Reasons Not to Ignore Persons with Disabilities

December 3 is International Day of Persons with Disabilities, a significant observation for many reasons — at least one billion of them.

That’s because an estimated one billion people on this planet have some type of disability. (As of December 2020 the global population numbers 7.8 billion.)

A disabled individual isn’t merely someone in a wheelchair or someone with a white cane. It’s a person with a mental disorder such as depression, impulse control, or autism; a respiratory disorder such as cystic fibrosis or emphysema; it can be musculoskeletal disorders that include amputees or burn victims; and much, much more.

People with disabilities face numerous struggles on any given day. Consider the woman in a wheelchair dealing with accessibility, or the man with post-traumatic stress disorder who’s expected to “man up” instead of admitting he’s hurting.

Actor Michael J. Fox, who’s long served as a sort of spokesperson for Parkinson’s disease, a condition he has himself, recently opened up about recovering from surgeries and traveling by wheelchair.

Being wheeled through an airport, he says it’s a sea of butts and elbows in his sightline: “In the wheelchair, I’m luggage.” His story is far from unique. Many people with some kind of disability feel invisible or overlooked.

Curious, too, because many ailments are hidden to the naked eye: One woman’s depression might be cloaked by a timid smile. A man’s prosthetic leg could be a secret underneath denim. They look like other people but deal with their own problems.

As for the more apparent issues, how do we treat the woman in the wheelchair? Do we make eye contact and address her directly? Or speak to her loudly or like she’s a child? Do we just write off the person with Asperger’s because they take things too literally or talk too little?

There’s no easy solution, but being more aware and recognizing the individual over the condition can help.

Stepping away from ableist thinking can help, too. That’s essentially where a person with a disability is seen as somehow less than capable or less deserving of respect and consideration. For anyone with a condition, it mostly means it must be managed.

The diabetic needs to modify behavior and diet, and possibly take insulin. The woman in the wheelchair needs a different seating arrangement and accessible pathways. A person with a substance use disorder may need weekly therapist sessions and medication for a co-occurring disorder.

Their disability or condition are part of who they are, but they’re parts, not the whole.

un.org – Building Back Better: Toward a disability-inclusive, accessible and sustainable post-COVID-19 world

irishtimes.com – Michael J. Fox: ‘In the wheelchair, I’m luggage. No one listens to luggage’

sunshinebehavioralhealth.com – Co-Occurring Disorders & Addiction: Examining The Not So Hidden Links