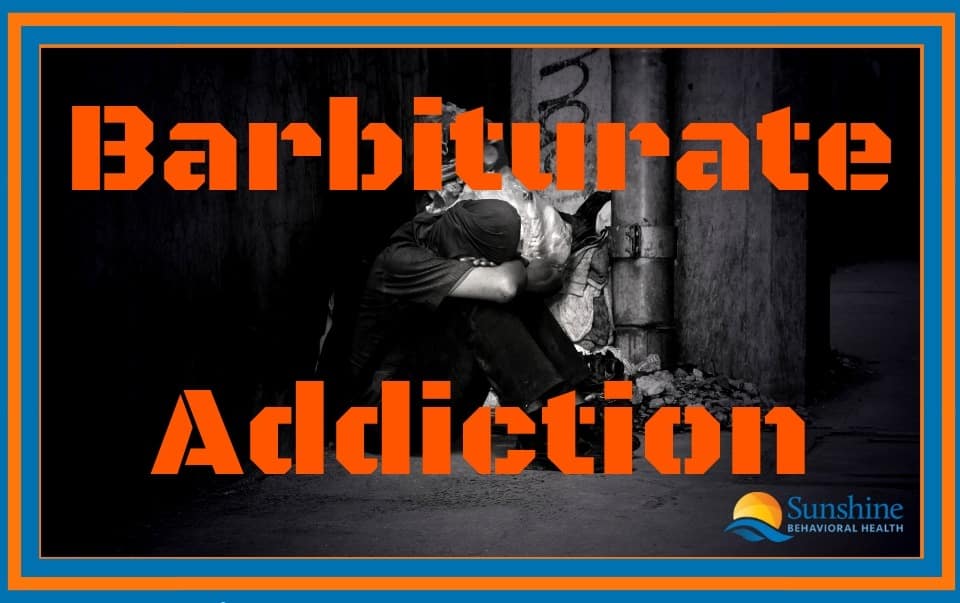 Barbiturates are what most doctors used to treat insomnia before coming out with benzodiazepines. Essentially, it attacks the central nervous system, acting as a depressant, which is why it was used to treat people suffering from insomnia. The overuse of this drug is what led many to continue to use and abuse it, causing addiction because of the many dangers associated with it.

Barbiturates are often times thought of as addictive drugs of the past, but they led to the death of many famous people who are looking up to today, like Marilyn Monroe, Judy Garland, and Jimmy Hendrix. Although they are seen as something like the past, they can often times be found in different hospital settings for the use of sedation and can be bought as easily as through the internet.  In fact, a survey conducted by high school students suggests that barbiturate abuse has been rising over the past ten years. Since history has been known to repeat itself, it is important to keep this highly potent drug a thing of the past.

While they are some of the most addictive drugs on this earth, they have been commonly used to treat things like migraines, seizures, anxiety, and insomnia. When they are used, they are more commonly prescribed to older generations versus younger generations. It is possible this is because in the 1960s and 1970s barbs were so commonly used that they were considered a recreational drug. Although deemed to do no harm when taken as prescribed, once they are overtaken and used for too long, they cause harmful, long term effects that can leave you addicted for life. Barbiturates street names and commercial differ completely, but they all mean the same thing. Some of these include:

These barbiturates examples might not ring a bell, but if you were told that barbiturates have been used as date rape drugs then one might begin to understand the true dangers behind it. While many believe that and question is Xanax is a barbiturate, it is actually part of the benzodiazepine’s family, the replacement of barbs. It was determined that nearly three hundred and ninety-six deaths were caused by barbs in 2013, including the connection with other drugs, alcohol, suicide, and mental illnesses. It was also discovered that one in three households contained a bottle of barbiturates.

Just like every other drug and alcohol addiction, it will look different on each person. Although this is true, there are some things to look for and consider if one thinks someone is addicted to barbiturates. Some of these barbiturates effects include:

and many, many more side effects. These effects not only can cause long term damage to the entire body but can even cause death if not taken correctly. Once an addiction begins with barbiturates, even if sobriety is achieved there can still potentially be complications with previous drug use.

What Are the Symptoms?

Barbiturate uses vary depending on the level of addiction and can be taken orally in a pill form, liquid form, and can even be given as a shot, sending it directly to the brain and CNS. Since the create feelings of relaxation, making them popular for anyone who needs to relieve some stress. When taking these drugs, it can take anywhere from fifteen minutes to the next three weeks. While in pill form it may take longer for someone to achieve the level of relaxation they were trying to reach, it may also stay in your system for as long as two days. Some of the symptoms of barbiturate drugs are:

These are just a few of the short term effects people experience when trying barbs for the first time. With long term use, there are more effects that could take into place that include slurred speech, confusion, coma, reducing heart rate, clamming skin, and much more.

How to Treat Barbiturate Addiction

Addiction is something that knows one wants to go through and can quite possibly be one of the hardest things anyone will deal with. Addiction is a long, hard process that is not only physically draining but mentally and emotionally draining as well. While every detox process and addiction treatment is dangerous, this is much worse for someone who is addicted to barbiturates because it can be very unpredictable and life-threatening. It is advised by doctors not to treat barbiturate addiction at home because it can cause seizures, hallucinations, delirium, and even suicidal thoughts and behavior.

Next, after completing the detox process of the treatment, it is important to continue to seek care and receive consistent, ongoing care in a barbiturate recovery program. While detoxing is an important step in any addictive recovery, it does not necessarily guarantee that sobriety will be kept. The detoxing process is hard, but the process after detoxing is much harder because you must choose to say no to temptation, despite how bad it is wanted. With most addiction treatment, you have the option to choose inpatient or inpatient rehab, but with barbiturate addiction, it depends on the severity of the addiction, current health, and whether you have a support system.

With either one, your doctor should create a plan of action that is tailor-made to fit the needs of your barbiturate addiction. While the needs of the patients are put into play, there are a different course of treatment options that are commonly used. These include:

The Dangers of Using Barbiturates

As can be seen, so far, there can be many different and dangerous barbiturates side effects. The continuous and consistent use of barbs can have life-threatening consequences, including different health issues like:

One of the biggest components in making it such a dangerous drug is that it is effortless to overdose on it and barbiturates classification is a central nervous system depressant. When mixed with things like alcohol, it is almost too easy to have a barbiturates overdose, especially when using another depressant.

Another aspect of making it a dangerous drug is that there is no direct antidote like other drugs.  Even if the addiction to this drug is successfully treated, keeping it from being fatal, it is still likely that the one addicted will face long term health problems.

This drug of the past can at any point rise to the surface as one of the most popular drugs on the market. If a doctor tries to prescribe a barbiturate, despite how many safe and good barbiturates uses for you they can be, it could be best for everyone to avoid using it at all costs. The correct dose of barbiturates is hard to prescribe, which is another factor as to why anyone becomes addicted. Barbs, phennies, or red birds, whatever might be preferred, are highly dangerous and need to slow its rise and stay a problem of the past. Questions or concerns?  Don’t hesitate and reach out to Sunshine Behavioral Health today.