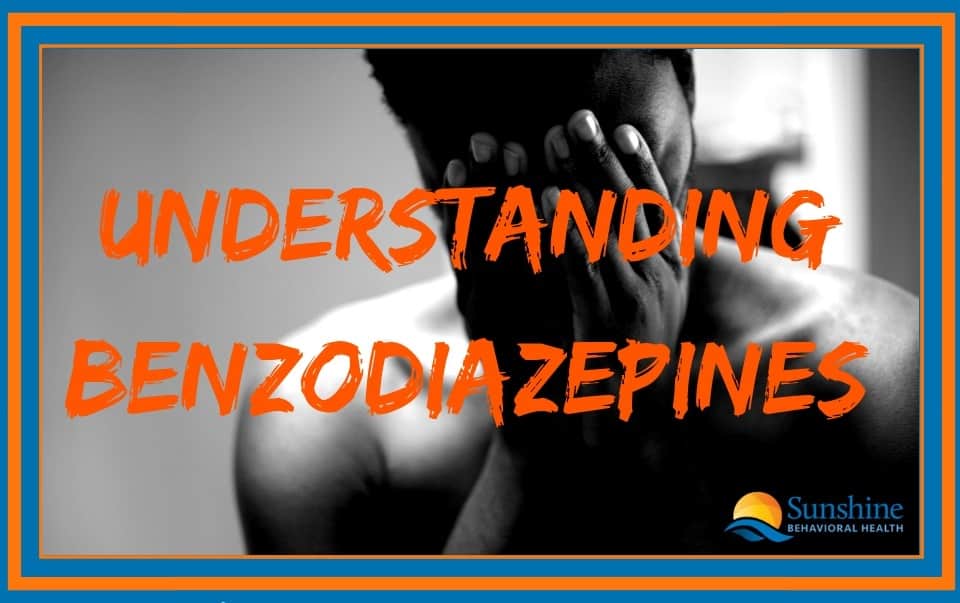 Besides Anxiety, the Benzodiazepines’ classification is used to treat varied conditions.  These include:

Benzodiazepines have some harsh side effects.  This can include aggression, a confused state-of-being, headache, disorientation, and problems with memory, and Seizures. Anterograde amnesia is a side effect of benzodiazepine use. This type of amnesia causes either partial or full failure to recall recent events.  A study conducted on elderly participants found benzodiazepines can cause the onset of Dementia.

Benzodiazepines are helpful in the treatment of medical and psychological issues, and they are widely prescribed as a prescription medication.  Short term use of this drug class is safe, but when their use is extended, there are problems.  Users can build up a tolerance of these drugs and require increasing amounts to bring about the same results over time.  Addiction is a threat.  High benzodiazepine use can lead to adverse conditions like impaired judgment and memory, hostility, and euphoria.

Certain substance interactions with these drugs like alcohol and opioids can be dangerous or even fatal.  A sobering fact if 30 percent of opioid overdoses treated were associated with benzodiazepine abuse, too.  It’s important to know that all opioids aren’t street drugs and some are present in medications.  Some of these include:

The onset of dependency on these drugs can come early, in some cases, in less than a month.  When benzodiazepines are consumed, they trigger the release of dopamine, the feel-good brain chemical that produces the euphoric high from pleasurable activities. Benzos possess a strong addictive factor like that of opioids and GHB.  The drugs interact with and eventually alter the way the brain’s neurotransmitters behave.  Statistics show 44% of people who take benzodiazepines develop tolerance within six months.

Since benzodiazepines change the function of the brain’s chemistry, addiction can be difficult to kick.  This is why working with addiction and medical experts to withdraw from benzodiazepine use is essential.  They can administer a treatment that will allow a slow withdrawal from the substance.

The severity of withdrawal from a benzodiazepine depends on the amount consumed and the duration of its use.  Once addicted to benzodiazepine, sudden, cold-turkey withdrawal is not an option.  This can produce severe and dangerous symptoms including tremors and seizures.  It can also cause an increase in medical and psychiatric symptoms of existing conditions. Withdrawal must be done under the watchful eye of medical professionals.

Fast-acting benzodiazepines are widely abused.  These drugs produce a quick feeling of euphoria.  People who abuse benzodiazepines sometimes abuse other drugs with them like methadone as an enhancement of that drug’s euphoric effect.  People addicted to Coke may use it to reduce the agitation commonly associated with high cocaine use.  Due to its sedative effect, benzodiazepines are a common date rape drug.

Abuse of prescriptions is a common means of obtaining excess benzodiazepine.  Individuals may get various prescriptions from different doctors to get enough to get high or to sell.  Of all the benzodiazepines, the two most commonly found in illegal trafficking are clonazepam and alprazolam.  This is because these two benzodiazepines are fast-acting and have high-potency.

Common reasons for abuse of benzodiazepines besides euphoria is to relax, reduce tension, or sleep.  Due to its effect on the brain’s chemistry, benzodiazepines may be used to mask certain symptoms of mental illness.

There are different signs of benzodiazepine addiction.  Some to look are a loss of critical thinking skills and judgment, constant doctor “shopping” to get new prescriptions for benzos, mood changes, increase in risky behaviors, and an inability to cut back on the benzodiazepines used.

Benzodiazepines go by many colorful street names.  It’s important to know the street names to understand the expressions that may be used by a loved one you don’t know is addicted to benzodiazepine. Among common slang names are:

There are also different street names for specific benzodiazepine.

Although benzodiazepines are widely abused, the chance of benzodiazepines overdose by themselves is low.  The problems arise when they are taken along with other drugs as a boost.  If there is a toxic effect from benzodiazepine, the common antidote used is flumazenil.  This drug is a benzodiazepine receptor antagonist, and it is used to reverse the sedative effects of the benzodiazepine.  It’s also known under the brand name of Romazicon.