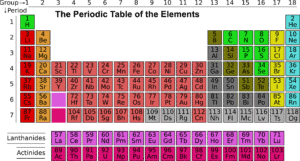 What’s in a color? When we talk about drugs such as methamphetamine (meth), it can mean a host of things.

There has been so much hype about the existence of blue meth. Drug forums on the Internet feature contributions from several individuals who claim to know somebody who has tried using this substance. But, the intrigue surrounding it became even more popular when the television series Breaking Bad discussed this type of drug.

Blue meth became an integral plot of the show during its multiseason run. There was even a storyline in the series showing competing drug traffickers dyeing their meth blue to make it more attractive to buyers.

So, is blue meth real?

In Breaking Bad, Walter White, Bryan Cranston’s character, introduced a pure form of crystal meth. Manufacturing processes resulted in a drug that had a purity of 99.1% and a blue color. This earned the drug its moniker of blue sky.

Several characters on the television series tried blue sky meth and claimed that the drug produced a superior high. Despite blue sky’s high purity, none of the characters overdosed after trying the drug.

Given these characteristics of blue sky meth, viewers may have thought that Walter White had superior chemistry skills. But, there are chemistry-related flaws in the story. For example, some of the ingredients and methods utilized by White can create a lesser form of meth if used in real life.

At the height of Breaking Bad’s popularity, authorities saw an increase in the sale of blue meth. According to them, drug dealers supposedly tinted their products to create meth that looked like the drugs popularized by the television series. But, unlike the drugs featured on the show, the meth sold in real life does not have a high level of purity and can cause illness in its users.

The blue meth seized during such buy-bust operations was not purer than regular meth found elsewhere. Despite this, the drug cost was twice that of another kind of meth.

There have also been efforts to produce blue crystal meth with the same purity level as the drug featured in Breaking Bad. In 2013, five men were arrested for trafficking North Korean-produced crystal meth that had a purity of 99 percent.

Authorities in the Philippines and in Thailand seized the drugs. One of the arrested men allegedly claimed that the North Korean government destroyed all crystal-meth-producing laboratories except their laboratories.

The Ugly Truth About Meth

Even in small amounts, meth can be a powerful stimulant. It can elevate people’s physical activity and wakefulness and lessen their appetites.

Among the short-term effects of using meth are:

Using the drug long-term can create negative consequences. It can produce molecular and functional changes in the brain. Its long-term effects can include:

These effects illustrate that even though methamphetamine is featured in a popular fictional television series, it can do considerable damage in real life. If you or a loved one is struggling with addiction, it would be wise to find an inpatient rehab center for drugs or an inpatient rehab for alcohol.