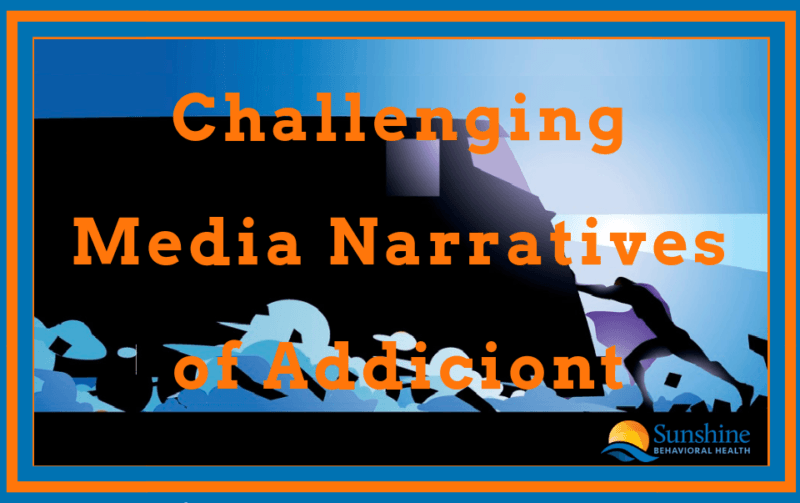 The strong influence that media have on the public shapes how most people think about social issues. One social reality receiving mixed portrayals is an addiction to substances. Media narratives on addiction play a critical role in defining and interpreting substance use disorders. From one end, the media promotes stigma by depicting people with substance use disorder as victims of depravity.  On the other, glamorizes addiction through the lives of celebrities and personalities most people look up to.

Use and abuse of drugs are often met with contempt and ridicule in media narratives. The media often takes the negative and condemnatory perspective concerning problematic use. Perhaps you already recognize the facts behind this media narrative. The devastating consequences of drugs make up a large part of the narrative that the media perpetuates about addiction. In that narrative, the media perceives addiction as a consequence of depravity in the society. This supports the prejudices that consider substance use disorders a problem predominantly confined to lower socio-economic groups.

Is There any Truth in the Morality Narrative?

Statistical evidence offers support to media narratives that link drugs to social vices. It would be easier to find a rundown neighborhood full of people struggling with substance addiction than an affluent one. However, how effective are media portrayals of this concerning informing the public about addiction?

Portraying addiction as a moral failing of the lower class undermines the fact that anyone from any socio-economic background and level of moral standards can fall victim to the condition. This flaw in the media narrative thus leads to stigmatization of the affected.

To challenge this media narrative,  consider substance use disorder a health problem rather than a product of wickedness and depravity.

The Glamor in Addiction

In our fast-paced pop-culture, drugs continue to receive more widespread attention than before – but for the wrong reasons. Rather than musicians speaking against drugs, more music videos are involving alcohol and marijuana at an increasing number.

The media perpetuates the alternative narrative that “transformation” from hopeless addiction to therapeutic recovery back to “health” embodies the valor associated with beating addiction. It is dissembling that the media condemns addiction on one end and glamorizes it on the other. Drugs have become commonplace in pop music and that the tacit endorsement of such substances is now mainstream.

However, music is not the only area where drugs are apparent. The popular movie, American Hustle is a fine example of how media glamorizes drug use and drug trafficking. The unabashed media narrative that associates addiction with fame, wealth, and prosperity seems to depict a failing moral compass. The narrative is reinforced further by neoliberalism, which finds “transformation” from addiction a spectacular feat, but in the same vein revels in the pop-culture that precariously leans towards addiction.

An attempt to change culture is no easy feat. Glamorizing addiction is part of pop-culture in the world today, thus to change that narrative is to change the culture.

With the influence that media has on public perception, it is clear the narrative shapes part of the knowledge and attitudes that most people have towards drugs. By weakening the moral compass concerning drugs, the reach and impression of media mean more young people are getting involved in drug use and abuse partly because of their admiration of the “pop-star lifestyle”.

The glamorization of the transformation from addiction to recovery also downplays the process of addiction treatment. Seldom does the media portray the severity of addiction and its consequences on individual health. In doing this, young people do not get a clear picture of addiction. This leads to an increase in young people reporting addiction to substances.

The motivation behind glamorizing drug use and addiction seems to be a moral failing that requires social redress. Pop-culture impresses hard on the decision of many young people to use drugs while the media perpetuates a narrative that reinforces misleading understanding and opinions about those drugs. As a result, the continuation of the narrative is bound to worsen substance use disorders among young people.