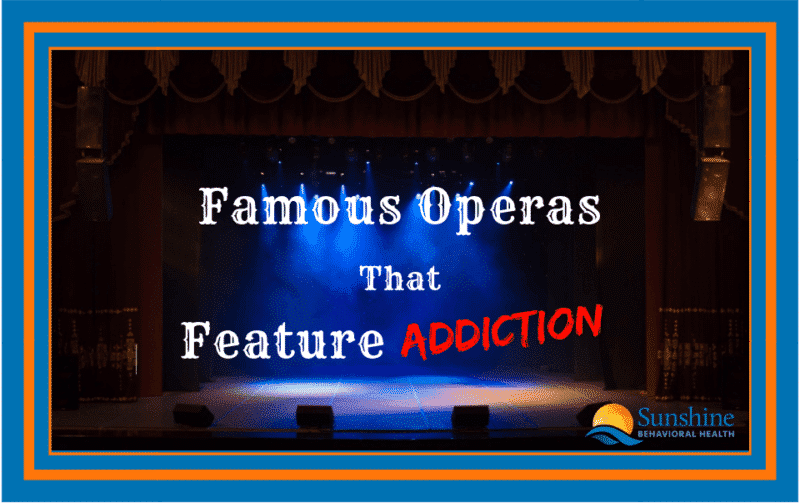 Talk about famous operas, and these things immediately come to mind: women clad in long, flowing gowns and men in crisp, black tuxedos engaged in a vocal duel on stage; bright klieg lights and ever-shifting scenes that are in sync with the music; and bespectacled, high-society patrons seated in the gallery, eagerly waiting for their favorite stars to make their grand entrance.

A sense of formality fills the air as the singers captivate the crowd with their powerful arias. Everyone holds their breath with every soloist’s pause. Since time immemorial, famous operas have always been associated with class and subjects that most often resonate with the upper strata of society. By and large, this type of music is reserved for those who have a deep appreciation of the classical genre and an affinity for an era that is commonly associated with royalty.

Therefore, it comes as a surprise that there have been famous operas that have gone against the norm and featured themes that are the staple of contemporary media. These include operas anchored on alcohol and drug addiction, an issue best tackled in private and discussed in the confines of your home. Here are three famous operas that have left their mark on audiences across the globe.

Based on the real-life story of Playboy model and TV reality show star Anna Nicole Smith, this is one of the famous operas that certainly got the attention of critics – but not exactly for the reasons you’d expect. It came as a shock to traditional patrons of the iconic Royal Opera House to view a show featuring the life story of a celebrity, who for many years became the fodder of British tabloids due to her history of drug abuse.

Richard Thomas, a librettist, noted that viewers were initially shocked by what they saw on stage, primarily because of the vulgar nature of the show. He, however, said that once people settled down to the novel concept, they started to develop an appreciation of the performances. Thomas noted that there may be those who would dismiss what they see on stage but are missing a lot in terms of “comedic gems” and “universal truths.”

Smith’s rise to fame peaked when she married billionaire Howard Marshall II who was 63 years older than her. After Marshall passed away, the starlet became involved in a costly courtroom battle to determine her share in the estate. She would go on to become a reality show star but, unfortunately, die of a drug overdose during the course of her TV career. Smith was only 39.

Thomas said that Smith was brought down by her bad choices, something that is universal and which everyone can relate with. Mark Anthony Turnage, a British composer, said that winning over the public’s sympathy is something they would like to achieve through one of the most famous opera houses. He pointed out that Smith was merely a victim of the industry she was a part of. The show’s objective, Turnage said, is not to put down Smith but was done in loving memory of her.

After a columnist of the Times of London watched Mozart’s “Don Giovanni,” one of the famous operas helmed by Calixto Bieito, he commented that he would rather sell his children than view the show again. Unfortunately, the writer did not share the opinion of the around 2,000-strong audience who enjoyed the performance and, by all indications, would be willing to watch it again.

Bieito’s take on Don Giovanni is considered one of the most famous operas to be held in the British Theatre. This was not because the production was well-loved but due to the notorious reputation, it had gained. It was even labeled as “sickening,” and for good reason. The show has a highly-visceral nature that contains rape, killings, and drug-fueled sex scenes. Therefore, being a part of the show became a major challenge to its cast and crew.

Bieito is looked upon in Spain as a visionary who is not afraid to go against the grain. He is considered the Almodóvar of opera, whose work has been shown in Berlin, Salzburg, and Frankfurt. In the Komische Oper, he set the stage ablaze with the showing of Mozart’s “Abduction from the Seraglio” and became one of the most famous operas in the area.

But Don Giovanni enabled Bieito to make his stamp in the industry. He chose an abandoned parking lot like the playground of violent, drug-crazed hoodlums whose lives were on the edge. In explaining the motivation of the opera’s characters, he said they were just vagabonds who were having a bad night. Although they are references to class distinction, Bieito wanted to emphasize the contemporary nature of the personalities.

Requiem for A Lost Girl

Director and writer Onalea Gilbertson knows drug addiction and poverty like the back of her hand. She was only 15 when she witnessed firsthand how a friend got hooked on drugs, became homeless, and eventually worked as a prostitute to support her addiction. She ended up being killed in the streets.

This inspired Gilbertson’s Requiem For A Lost Girl, one of the famous operas that talk about the life and stigma usually associated with drug addicts. Requiem was conceptualized in partnership with the Vancouver Opera and is now being staged in this year’s Vancouver Opera Festival. It highlights pressing social issues such as homelessness, mental illness, and the abuse and murder of women.

Gilbertson was tapped by Calgary’s Land’s End Chamber Ensemble to work on a project that would tackle the problems faced by the homeless. She is now using opera as a tool to advocate for measures that would address the concern, particularly in the areas of New York and Vancouver. This sets Requiem apart from other famous operas; it features performers who have experienced living in the street. They have formed a group called the Drop In Centre Women and now hold joint performances with various shelter organizations.