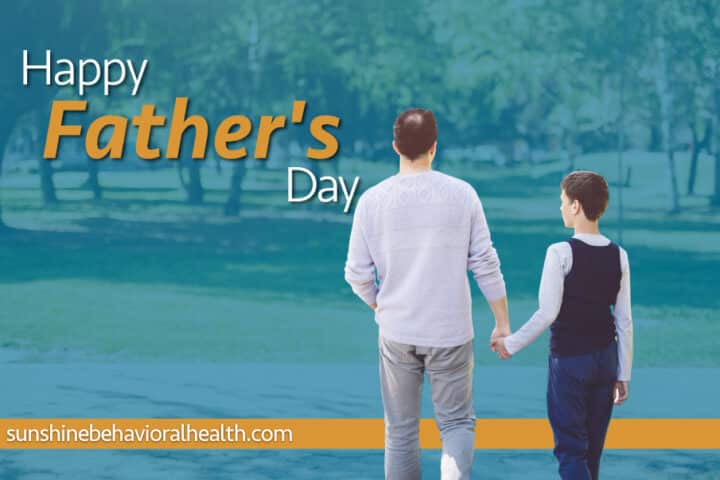 The U.S. celebrates Father’s Day on the third Sunday of June. It may have evolved into a time of barbecues and neckties, marketed into tradition courtesy of Madison Avenue, but the holiday has its roots in single parenthood.

It was Sonora Smart Dodd, the daughter of a single father, who made the push to have dads honored. By 1910 Dodd had gotten her home state of Washington to make Father’s Day official. The observation spread from there. Finally, in 1972 President Richard Nixon declared it a national holiday in the United States.

We’ve all heard stories of single moms juggling kids, career, housework, and a million other little challenges that pop up in a day. It’s not just solo mothers, however.

Single dads face a lot of that too. And while they might make a bit more income (on average) that can give them a slight economic advantage over single mothers, they still struggle with the rest of it.

More than one-fourth, or 27% of U.S. children, live in single-parent households, amounting to 11 million families. Mothers are sole heads of household the majority — 8.5 million — of them, and dads make up the other 2.5 million.

Single mothers may receive more headlines purely because there are more of them, but our society also still predominantly sees childrearing as women’s work. (That’s a maybe, though, not hard science.) But studies have found that single fathers face their own struggles.

Anecdotally, single dads admit they hear all kinds of things, from not-always-welcome advice to judgmental attitudes. Some say compliments often are directed to the mother, whether she’s in the picture or not. A dad out with the kids, no mom in sight, is met with surprise.

Others say opinions and advice often come unsolicited, sometimes blaming the father for the failure of the relationship with the children’s mother. A dad’s social life may take a dive.

Moms who are single seem to receive more praise for childrearing solo, but dads, not so much, some say. (Conversely, mothers may be judged more harshly for their child’s mistakes.)

One study found single fathers were more likely to die younger, compared to both partnered fathers and single mothers. According to the findings, partnered mothers had the longest life expectancy out of the parents studied.

When age, lifestyle, health, and socioeconomic differences were accounted for, single dads’ mortality risk was more than double that of all other parents. (Single fathers were more likely to be widowed, compared to single mothers, too, so researchers caution that such stress may factor into the shortened life expectancy.)

It’s worth noting that most of the research is on single mothers and those findings show solo moms have a higher mortality risk and suffer more mental distress over mothers with partners.

Because women are often seen as better parents, they also fare better in custody battles.

For those reasons, some advocates say we as a society need to destigmatize roles, where men can be seen as caregivers and nurturers and not simply breadwinners. Some of it may require policy changes, and others may need attitude adjustments.

Fortunately, despite the hard work and sometimes funny looks from observers, most single dads say parenting solo is worth it. Not only does it benefit them, but their children benefit too.

huffpost.com – 12 Things No One Ever Tells You About Being a Single Dad

sunshinebehavioralhealth.com – Dealing with Stress, Anxiety, and Depression After Divorce

Heidi Bitsoli has been a content writer with Sunshine Behavioral Health since 2019, where she researches and writes articles, guides, and blog posts on mental health and addiction. Prior to ... Read More