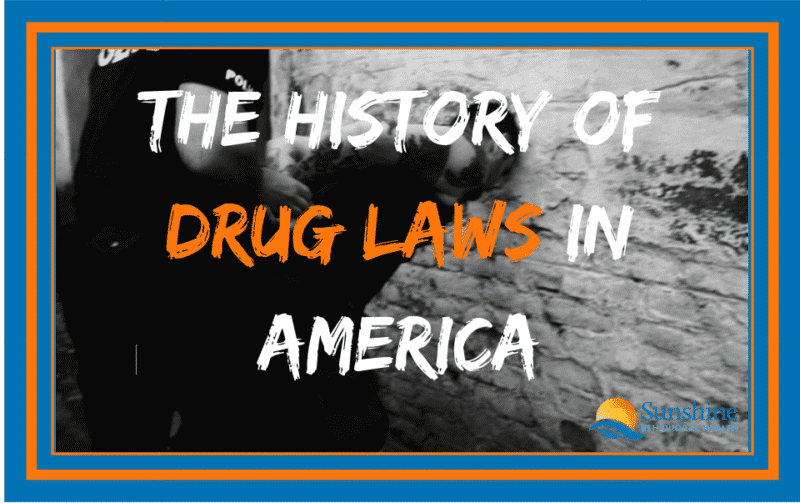 When President Richard Nixon declared illicit drug as the “public enemy number one,” he triggered what would become a decades-old struggle in what the media coined the “war on drugs.” Nine presidents have followed Nixon since then, but none of them have had  the answer to deal with this monster that has gripped communities, schools, and all facets of society.

America is not taking this war lightly. According to the Center for American Progress, the war on drugs already cost the United States some $1 trillion with no end in sight. There are rising calls for the President to end the war and review drug laws in America because the current system is not working. Some have even pointed out the racial bias in its implementation, particularly on arrests. The justice system is harsher toward poor black man, and other minorities.

According to the non-partisan institute, if you are a black man in America you are six times more likely to be imprisoned on a drug charge compared to your white counterpart.

You have to go way back to 1890 when the government started collecting taxes on opium and morphine. You have to remember that during the 19th Century, information about cocaine, opium, and morphine was scant. People were abusing them heavily and even the medical field was administering these narcotics as a painkiller and anesthetic.

It was the Wild, Wild West for opiates back then. This changed during the first Congressional Act in 1890, which imposed levies on opioid painkillers. It was to be the start of drug laws in America and a series of legislation and policies that shifted according to the tide of new research, as well as public opinion.

The Pure Food and Drug Act of 1906 was possibly one of the most drug laws in America. The seemingly innocuous law laid down the foundation for the creation of the US Food and Drugs Administration. It gave the federal government regulatory powers over the raw ingredients on foods, vaccines, medicines, preservatives, medical devices, and others.

With the exclusion of the Controlled Substances Act (which will be discussed later), perhaps there are no other drug laws in America that generated more controversy than the Harrison Narcotics Tax Act of 1914. Just like the levy on opiates, this law slapped special levies on the import, manufacture, sale, and distribution of coca leaves and opium, as well as their derivatives. Even those that were dispensed by doctors for the medical needs of their patients were covered. Cocaine was also classified as a stimulant rather than a narcotic.

The law caused a proliferation of narcotics in the black market. This was due to the interpretation of the law as a prohibition instead of a taxation .

In 1924, the Anti-Heroin Act of 1924 was passed, which banned the possession, distribution, and importation of opium intended for the manufacture of heroin. This was actually an amendment of the Smoking Opium Exclusion Act of 1909. That act allowed the importation of the raw ingredients for heroin as long as the resulting product is used for medicinal purposes.

Nevertheless, the Heroin Act was considered nullified with the passage of the Comprehensive Drug Abuse Prevention and Control Act of 1970, or simply the Controlled Substances Act.

Between the 1920s and the 1960s, there were several pieces of legislation passed by Congress to address the needs of those times.

Here are some of these drug laws in America and policies:

Before Nixon kickstarted the modern war on drugs, there were already several attempts by the national government to address the scourge but they were mostly embarrassing than anything else.

The most prominent example was the Federal Bureau of Narcotics, which was created by the Treasury Department in 1930. Instead of educating the public on the dangers of using illicit drugs, the agency engaged in massive propaganda in the hopes of eliciting fear on the public even if the information it was distributing was contrived.

For instance, the agency linked insanity, sex crimes, and murders with marijuana without basis. The decision to agitate was a head-scratcher considering that there were documented cases of the perils of drug use that was no less disturbing.

Apparently, this backfired. And people laughed off the government claims because they were too bizarre to be relatable.

Of course, when the country entered the 60s, the use of marijuana and LSD exploded due to the counter-culture revolution. Hippies were using weed and other hallucinogens in the open and trust in the government were at an all-time low. As a result, the drug sale and demand ballooned. In 1966, the Narcotics Addict Rehabilitation Act was passed, which also classified addiction as a mental illness.

During this time, alcoholism as a disease was widely accepted. That policy also extended to drug addiction. Nevertheless, possession of narcotics and marijuana wasn’t decriminalized.

The Controlled Substances Act of 1970

There are no other drug laws in America that hold much significance in the modern drug war more than the Controlled Substances Act. It also paved the way for the creation of the US Drug Enforcement Agency, which was established in 1973.

The Controlled Substances Act essentially lumped all previous drug laws in America together in relation to the manufacture, sale, distribution, and importation of narcotics, as well as depressants, stimulants, anabolic steroids, and hallucinogens, including the raw materials intended for the manufacture of opiates and opioids.

The legislation grouped illicit drugs into several classifications, which determines the penalties.

Under this classification, the listed drugs have a high potential for abuse and no accepted medical use.

Among the listed drugs are:

Under this classification, the listed drugs with some accepted medical purpose but very high potential for abuse. The abuse will also lead to dependence, both physically and psychologically.

Under this classification, the listed drugs have some accepted medical application but with moderate potential for abuse. The abuse will also lead to physical and psychological dependence.

Under this classification, the listed drugs and chemicals have some medical application but the patient is in danger of abusing it, even if the risk is low. The risk of developing a dependence to the drug is also low.

Under this classification, the listed drugs and chemicals have an even lower potential for abuse compared to the substances outlined in the Schedule IV. The drugs listed here are usually to treat diarrhea, as well as colds and coughs.

Robitussin, particularly its active ingredient dextromethorphan, actually gave rise to the term robotripping. This happens when the user drinks more than the recommended dosage of the cough syrup. Robitussin is an over-the-counter medicine, which you can purchase even without a doctor’s prescription, which can be dangerous for your kids.

The Controlled Substances Act also set up a mechanism to delist a particular drug from the different schedules. This is why marijuana advocates have been urging the federal government to take out cannabis from the Schedule I, considering the various documented medical successes in using CBD to treat various chronic illnesses such as Parkinson’s disease, multiple sclerosis, Huntington’s disease, Tourette’s syndrome, and others.

The Drug Addiction Treatment Act of 2000

The law essentially expanded the treatment of drug dependents by involving private practitioners. However, the doctors will undergo a rigid screening and certification procedure before they can prescribe narcotics to their patients with the end goal of weaning them off drug dependence.

Now, a drug dependent can now go to his doctor to treat his addiction. He doesn’t have to enroll in a rehab facility for the 30-day, 60-day, or 90-day treatment. This would be ideal for people who value their privacy because they can seek treatment in a very intimate setting.

Unfortunately, this law has limitations. For instance, the doctors may only prescribe the drug already identified by the Food and Drug Administration to help opioid dependence under the Schedule III, IV, and V classifications.

Hospitals are also limited to 30 individuals at a time. Private hospitals, for instance, even if they have many doctors in the roster may only treat 30 patients within the same time frame according to drug laws in America. One needs to graduate before they can take another in.

Nevertheless, patients don’t really need to be afraid of their privacy when they enroll in a rehab center since they are  governed by patient-doctor confidentiality. In addition, the federal government also mandates these facilities to come up with mechanisms and security measures to ensure the confidentiality of their patients in compliance with the Health Insurance Portability and Accountability Act of 1996 and other drug laws in America.