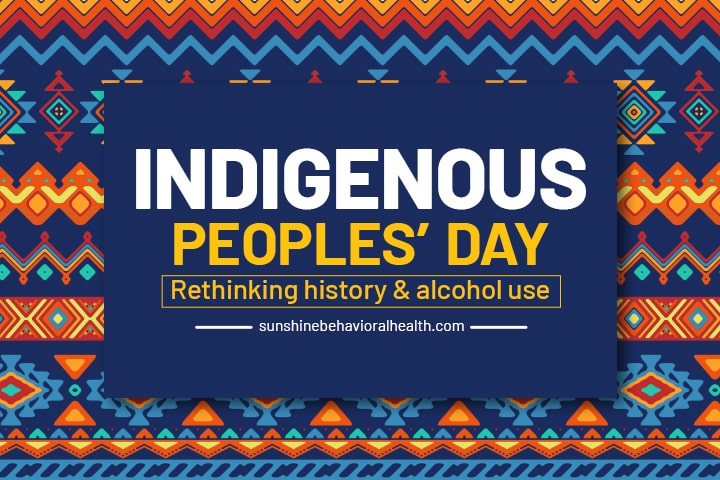 What is Indigenous Peoples’ Day? When is it? Why do people celebrate it? The answers to these questions might provide some insights.

What Is Indigenous Peoples’ Day?

Indigenous Peoples’ Day occurs on October 12, although many have celebrated it on the second Monday of October. In the past, the U.S. federal government and many U.S. states and localities have commemorated Columbus Day on these days.

An increasing number of people are finding Columbus Day problematic. They say that the holiday claims that Christopher Columbus and other European explorers discovered certain areas, although the lands were already inhabited by indigenous peoples of the Americas.

Such problems continued for centuries. For example, Europeans introduced stronger kinds of alcohol and modeled dangerous drinking habits such as binge drinking and intoxicated behavior for indigenous Americans.

In fact, the relationship between indigenous peoples and alcohol has been complex. Like all peoples, some members of indigenous communities struggle with alcohol.

While indigenous peoples who live on U.S. reservations are more likely to have problems with alcohol, there are myths that all indigenous people have such problems, or that their bodies process alcohol differently.

But indigenous people process alcohol the same as others. People living on reservations might misuse substances, but they also experience other problems that can contribute to and complicate their alcohol use.

Given the relationships between indigenous peoples and European settlers, it’s not surprising that many people are wary about celebrating Columbus Day.

So instead of commemorating Columbus and other explorers in October, many people in the United States are using the occasion to celebrate the peoples who are native to the Americas.

The commemoration goes by multiple names, including

Whatever people call it, this day honors indigenous peoples of the Americas and encourages people to view history in different ways.

Changing perspectives could also include viewing Native American peoples in new ways. It can acknowledge that some members of the communities have problems with alcohol, but they may also face other problems that require assistance.

Determining why problems occur can provide such assistance. It can even prevent the problems from occurring.

sunshinebehavioralhealth.com – How Can I Stop Binge Drinking?