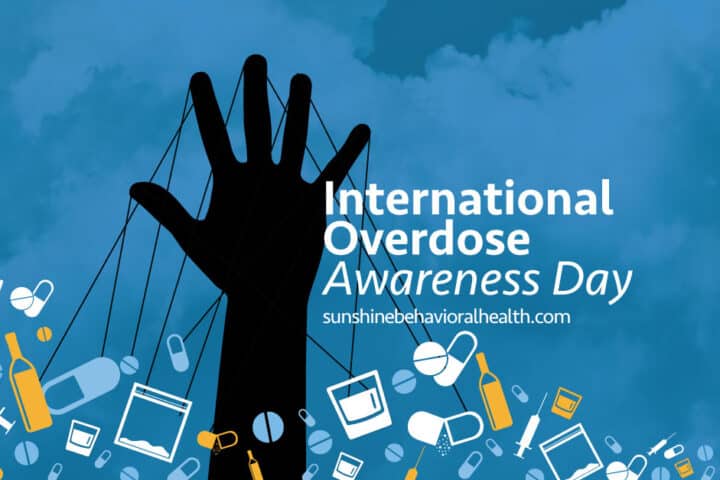 People sometimes view overdoses and addiction as dirty little secrets. They could be extremely reluctant to discuss these topics because they find them shameful and embarrassing and they worry how other people will respond.

So, if they’ve lost a loved one to an overdose, they might be facing multiple burdens. The people could be

Participants of International Overdose Awareness Day want to help remove such burdens. They want to prevent people from taking them on in the first place.

That’s because overdoses aren’t signs of moral failings. They’re symptoms of a disease that often hijacks a person’s brain and body.

It’s a disease that’s difficult to treat. Even after treatment, many people relapse and begin using drugs or alcohol again. The condition is just that powerful.

International Overdose Awareness Day teaches people about drug use and overdoses. It allows people to grieve without fear of stigma, to share stories about their loved ones without shame.

The stories put a human face on drug overdoses and addiction. They demonstrate how they can happen to anyone and how they can affect any family.

In addition, the day also educates people about drugs and promotes conversations about drug policy. It provides resources for people who are addicted and information for their loved ones. The resources incorporate science- and evidence-based practices as well as respect for the people who have addictions.

Ultimately, International Overdose Awareness Day raises awareness and discussions about overdoses instead of ignoring the problem. Talking about things helps people learn. Once people learn, they can apply their newfound knowledge, whether it’s to prevent overdoses or solve other problems.