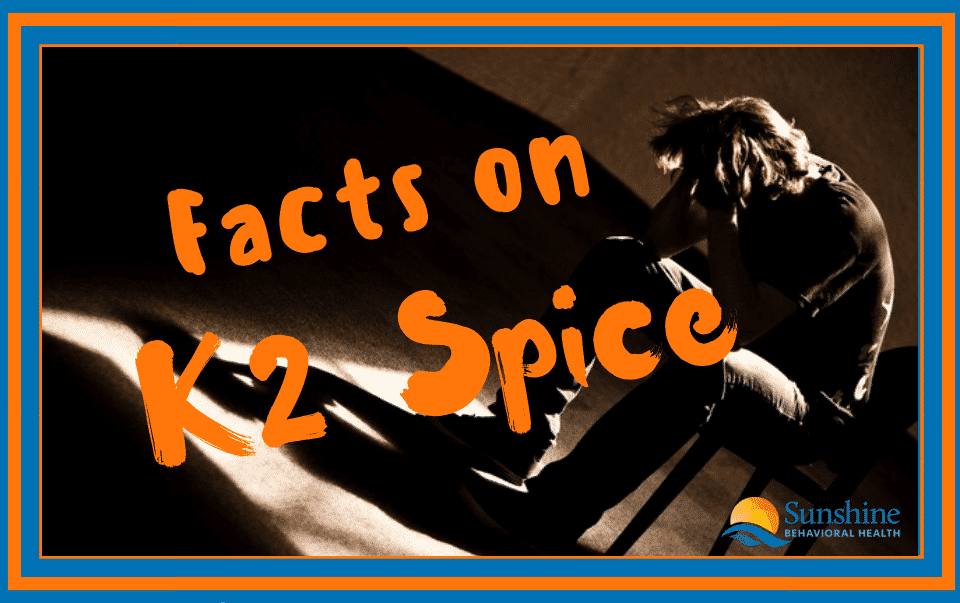 What Is K2 Spice?

K2 Spice (sometimes known as K2/Spice) refers to a drug known as a synthetic cannabinoid and is also known as synthetic marijuana or herbal incense. The K2 Spice drug is a compound made of dried and shredded plant material sprayed with man-made chemicals that can alter the mind. Users can also inhale K2 Spice liquid as a vapor.

Manufacturing and distributing k2 Spice and other synthetic cannabinoids are illegal.  These drugs are known as new psychoactive substances (NPS).  Different brands offer synthetic cannabinoids in different chemical forms. Other than K2 and Spice, other brands include Joker, Kush, Black Mamba, Zohai, Genie, Bombay, and Kronic (most of which also serve as K2 Spice street names).

Access to K2 Spice is generally easy. Manufacturers sell such products at places such as novelty stores, general drug stores, and gas stations. They also sell their products through the internet. They often package their products in eye-catching, colorful wrappers and bottles, which contribute to their customer appeal.

How Is K2 Spice Used?

If it is in a dried form, users can smoke the K2 Spice drug. In its liquid form, users inhale the drug as vapor using e-cigarettes and other devices. Other uses depend on the users’ ingenuity. They may brew the sprayed dried plant material as tea or mix it with marijuana. Options are more limited, though, when people buy it as smokable K2 Spice or K2 Spice liquid.

There is growing concern about advertisements for marketing synthetic cannabinoids such as K2 Spice.  Often, product labels claim that the substances are natural because they are manufactured from natural plant material.  This is only partly true. Apart from the natural plant materials in synthetic cannabinoids, the products also contain synthetic psychoactive chemicals as part of their active ingredients.

What Are the Ingredients of K2 Spice?

It may be hard to determine the specific chemicals and compounds in K2 Spice and other synthetic cannabinoids.  Since K2 Spice offers no medical benefits and there is a good chance that people will abuse it, it is generally illegal to possess, sell, or purchase the substance.  For this reason, manufacturers often change chemical compositions in their mixtures to circumvent laws against certain synthetic cannabinoids.

Many times, K2 Spice ingredients are generally unknown and may vary from one batch to the next. This can make the drug particularly dangerous, since users do not know what they are consuming. If they experience problems after consuming them, people may have trouble treating these unknown substances. People believe that the ingredients of K2 Spice and similar substances may produce similar effects as marijuana, but much stronger.

What Are the Effects of K2 Spice on the Brain?

Amid the limited research available about K2 Spice and other synthetic cannabinoids are reports from users. They claim that some effects of the drug include relaxation, elevated mood, altered perception, and symptoms of psychosis. Symptoms of psychosis due to K2 Spice use include confusion, extreme anxiety, hallucinations, and paranoia.

The effects of synthetic cannabinoids on one’s health can be unpredictable and precarious. Some researchers have found that some of the chemicals in these drugs bind strongly to the same brain cell receptors triggered by THC. However, the chemicals and effects appear to be much more potent than marijuana.

The psychoactive nature of synthetic cannabinoids may make them highly addictive. Long-term use of drugs such as K2 Spice may cause tolerance and dependence.  Addiction is a risk when the body develops tolerance and requires even greater doses to achieve a state of high.  Dependence and addiction mean that people may suffer from withdrawal symptoms when they decide to quit the drug.

Quitting synthetic cannabinoids when people already depend on the drug or are addicted to it may lead to withdrawal symptoms ranging from mild to severe.  Some of those symptoms include anxiety, headaches, irritability, and depression. Also, because of the limited knowledge available concerning these substances, the effectiveness of behavioral and medical therapies to treat synthetic cannabinoid addiction is less known.

What Are Trends and Statistics Related to K2 Spice?

Popular belief is that K2 Spice is marijuana. In this view, the only difference between the two drugs is the fact that K2 Spice is synthetic and marijuana is natural.  This has led people to erroneously label the substance as fake weed.

Another significant fact about K2 Spice statistics is the prevalence of the substance among young people. A report by the National Institute on Drug Abuse (NIDA) stated that the prevalence of K2 Spice among eighth, tenth, and twelfth graders in the United States is declining for all of those groups.

Nonetheless, the use of these substances remains relatively high.  For instance, in 2016, there were almost 2,700 calls made to poison control centers due to harmful exposure to synthetic cannabinoids.  In 2011, 28,531 emergency room visits were connected to synthetic cannabinoids. Of those visits, 78 percent were young adults and adolescents from the ages of twelve through twenty-nine.

Generally, men are more likely to use synthetic cannabinoids and visit emergency rooms. The NIDA places that ratio at seven males to three females at any given time.

Also, people who use drugs typically face more negative health challenges than nonusers. In the absence of evidence-based intervention, as in the case of synthetic cannabinoids, preventing overdose death is more problematic. In addition, limited research and cumbersome regulations make K2 Spice death statistics equally hard to monitor and analyze.

Through the Food and Drug Administration (FDA) Safety and Innovation Act, the U.S. federal government banned the manufacture and use of synthetic compounds.  The 2012 Synthetic Drug Abuse Prevention Act also placed K2 Spice under the Controlled Substances Act. But, since consumers, vendors, and authorities have little knowledge of the chemical compositions in K2 Spice, manufacturers find it easy to change chemical formulas and evade such bans.

The gradual yet consistent decline of synthetic cannabinoids among young people is a good sign.  With additional research to uncover the unknown aspects of these substances, regulators may find it easier to curb the K2 Spice menace. Having a strong, stable, and strong network of friends and more importantly support is very helpful to cope up with addiction. If you or a loved one is struggling with K/2 abuse or any kind of addiction, speak to an Addiction Specialist today and get the professional help you need. Want more information about how Sunshine Behavioral Health can help?  Feel free to call 877-871-9304 to talk to any of our specialists today.