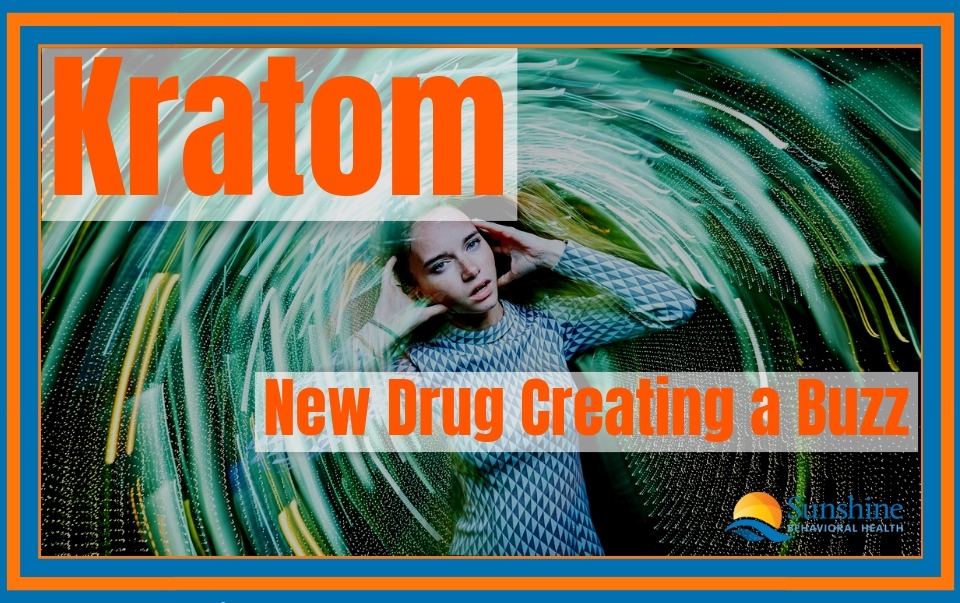 Chances are you’ve heard some buzz about the drug called kratom within the last year or so.  This is because the word on the street is that kratom is a drug that can treat pain and curb daunting opioid withdrawal symptoms. In fact, dietary supplement companies jumped in fast on the “kratom hype”, bottling and packaging the herb in the hopes of making millions.

“Not so fast”, says the U.S. Food and Drug Administration (FDA), who has issued a firm warning to the public in February of 2018, NOT to use kratom at all. But before we get into more on what the FDA has to say about the herb, let’s dive into just what it is, where it comes from, and the dangers associated with it.

Kratom is a plant that grows in Southeast Asia, in the areas of Indonesia, Thailand, Malaysia, and Papua New Guinea. Typically, it’s described as the leaves from the kratom tree and has been used for many years as a stimulant in Asia. Its makeup includes mitragynine, 7-hydrooxymitragynine, which are psychoactive compounds, and mitragynine pseudoindoxyl. The FDA asserts that the drug acts like an opioid, with the potential for addiction high. As such, it’s been banned in five states in the US and the FDA is seeking to classify it as a Schedule 1 controlled substance – the same class as heroin.

Why Are People Using Kratom?

Some people simply use kratom capsules just as they do other stimulants. They want to feel an energy rush or the feelings that come from ingesting it. Others are using kratom because they have heard that it helps decrease pain. Still, others use it because they’ve heard that it can help them stop using other opioids like heroin.

Many are trying it in the form of tea or capsules without even doing much research on it. They see a social media post describing the herb as “safe and effective” and simply order. But the reality is that kratom has not been warranted “safe” by the FDA. In fact, since 2014, the FDA reports that over 40 deaths have been associated with the herb. Also, that number may be low because doctors aren’t screening for kratom upon deaths, making it a possibility that more people have died as a result of using kratom.

How is Kratom Getting to the States?

Kratom is imported from Southeast Asia by companies claiming that the herb can help reduce pain, minimize anxiety, depression, and curb opioid withdrawal symptoms. It’s oftentimes packaged and sold as an herbal supplement or tea. Some people claim to feel a bit euphoric after they take it or mix it with other drugs in an attempt to get high.

Is Kratom Safe or Deadly?

If you ask the American Kratom Association, kratom is not deadly. However, the FDA and Drug Enforcement Administration (DEA) differ in opinion, stating that since 2011, at least 44 people have died from using kratom. Of course, some people are misusing kratom, so their chances of death increase. For example, some users are dissolving the herb and injecting it directly into the skin, which can cause a host of health-related issues, including death.

What Are The Side Effects of Kratom?

Side effects can vary from person to person and can depend on how much of the herb is used.  It’s sometimes challenging to know exactly what the side effects are because sometimes the pills or tea may be mixed with other ingredients that could cause effects.

For example, some herbal supplements that are packaged as kratom have actually had opioids such as hydrocodone in them.  Therefore, someone who uses such supplements can certainly experience different effects than 100 percent kratom.

Kratom is generally thought of as a stimulant that causes an energy boost. Some report side effects such as nausea, sun sensitivity, dry mouth, sweating, appetite loss, sleep disruption, constipation, and frequent urinating.

What Does the FDA Say About Kratom?

The consensus is clear from the FDA that kratom is not safe for individuals to use for anything.  There’s no clinical evidence that it has any medicinal benefits. Scott Gottlieb, FDA Commissioner, states:

“The extensive scientific data we’ve evaluated about kratom provides conclusive evidence that compounds contained in kratom are opioids and are expected to have similar addictive effects as well as risks of abuse, overdose and, in some cases, death.”

Also, as recently as late March 2018, kratom was being linked to a Salmonellosis outbreak of at least 91 people in 36 states in the US.

The FDA states that over $5.5 million dollars’ worth of kratom has been seized by U.S. Marshals since 2014. Companies included Rosefield Management in California, Dordoniz Natural Products in Illinois, (RelaKzpro), and Nature Therapeutics (Kratom Therapy) in California. They’ve just recently announced the recall of kratom supplements from brand names like Divinity, Enhance Your Life, and Botany Bay.

There’s varying opinions on whether kratom is addictive or not. According to the FDA and DEA, kratom can be just as addictive as opioids such as heroin. According to kratom advocates, it’s not addictive, and can even help opioid addicts wean off opioids.

Some kratom users can successfully use kratom and not become addicted. Others have become highly addicted, stating it has ruined their lives.  Just as other opioids can create physical dependence, the consensus is that kratom can too.

If you’re using kratom and you don’t really feel any negative side effects, know that there are some long-term side effects of kratom that can occur, including:

Are You Addicted to Kratom?

If you’re struggling with an addiction to kratom, know that you’re not alone. There is treatment available for kratom addiction, as well as other addictions. The first step toward getting free is to admit that you’re dependent on the substance and need some assistance is stopping.

There are treatment centers and substance abuse professionals that are more than willing to assist you on your recovery path. Simply reach out for some help today and get started on your path to freedom. Questions or concerns? Reach out to Sunshine Behavioral Health today.