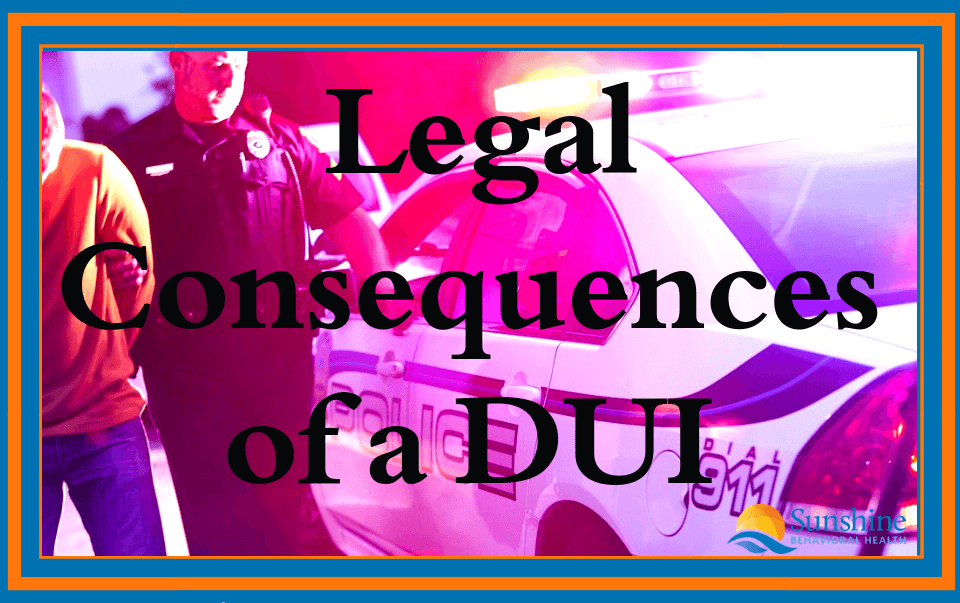 DUI, i.e., Driving Under the Influence, can harm the life of the driver and others. Many people are reported to be victims of accidents due to drunk driving each year. Alcoholism plays a significant role in the daily deaths that occur in these accidents. For this reason, every state has made several laws prohibiting driving under the influence of alcohol or any other drug. These offenses are categorized as driving under influence or driving while intoxicated, i.e., DWI.

They can also be labeled as operating under the influence, i.e., OUI. The legal consequences the operator of the vehicle may face as a result of these can be quite harsh. Those consequences vary from state to state but generally include suspension of license, fines, IID, and jail time.

License suspension: There are very high chances of your license getting suspended if you are caught DUI. If you are not convicted by the criminal court for the DUI eventually, DVM, i.e., Department of Motor Vehicles or any other equivalent agency of the state can generally suspend your license provided your chemical test shows that you were driving with more than 0/08 % blood alcohol content. If you do get convicted for DUI, the court can also suspend your license. However, in most states, if a person faces both the suspensions, then they are overlapped, and the person does not need to complete them both.

The period of the suspension is different for different states. If it is the first offense, then some of the states impose a suspension of a month or two, while some extend it for a year or more. The suspension period can also be extended if you have a history of DUIs, have very high Blood Alcohol Concentration (BAC) level, or refrain from undergoing chemical test when asked to, by the investigating officer. If a person is a serial offender, then he may lose his or her license for a lifetime.

Jail Time: More than half of the states have mandatory jail time for a first time DUI convict. This is when you ask yourself, “what is the punishment for a first-time DUI? The jail sentence can range from a few hours to a week. Some states also impose 72 hours of jail time on first time DUI offenders.

If the same offense is repeated or the person is found guilty of substance offenses, then he or she may face a longer jail sentence. Some of the states don’t give jail time for the first-time offense (DUI charges first offense), but for a repeated offense within a specific time, one may have to face up to 48 hours of jail time. If the offense is repeated for the third time, then the offender can face three months of a jail sentence.

Fines: Those who are convicted (DUI conviction) of DUI, have to pay fees and penalties. In almost all the states, the first offense (first DUI consequences) of DUI can even cost the offender at least 450 to 500 US dollars. The punishment doesn’t end with just a fine. You will also have to pay some fees. These fees include license reestablishment and court fees. These fees can go up to hundreds of dollars or more. This means that the offense of DUI can prove to be very expensive to the offender in terms of money, and could be declared a misdemeanor DUI.

When the driver tries to start the car, the IID asks for a breath sample. This sample is known as a rolling sample. If alcohol is detected in a rolling sample, it records the positive test and gives notice to the court or any other concerned department.

Some states make it mandatory for all the offenders of DUI to install IIDs, while some others require them to be installed in the vehicles of first time offender with a certain BAC level. In many states, IIDs are required for offenders who repeat DUI. The cost of the IID installation and maintenance has to be paid by the offender.

Some other penalties: Drivers who are involved in DUIs which led to an accident and loss of life or properties have to face severe and enhanced penalties. The penalties can also be increased if the person is a serial offender, or has a very high BAC, or have boarded an underage passenger. Apart from these penalties, people who are convicted for DUIs find it challenging to get a job as it appears in their background check.

After all of this, is it worth it?  Is their life after a DUI? Also, will a DUI affect me getting a job?  Ask yourself these questions.

It is suggested that if you are arrested for DUI, you can enlist the help of a DUI attorney. However, prevention is better than cure. If you are addicted to alcohol or drugs, it is better to enroll yourself in any rehab center. Overcome the addiction rather than getting into legal hassles.