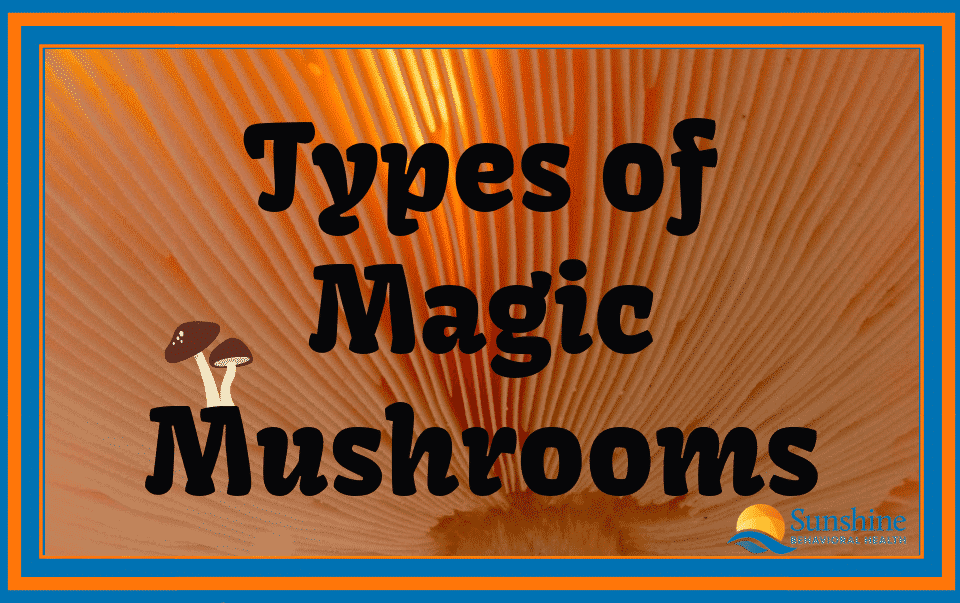 The term magic mushroom refers to a range of mushroom species that contain mind-altering substances such as psilocybin, psilocin, and muscimol. Those containing psilocybin are the most commonly known hallucinogenic mushrooms in the U.S. and are addressed here. However, contrary to popular understanding, there is not just one ‘psilocybin mushroom’. Rather, it is estimated that there are 10 genera (broad biological category, ‘genus’) of such mushrooms, and more than 180 species that contain psilocybin and the related substance psilocin. All induce hallucinogenic or ‘psychedelic’ experiences when ingested. The third type of hallucinogen in mushrooms, muscimol, is rarer.

The use of hallucinogenic mushrooms is an ancient practice among various cultures the world over. For example, research shows that people in Meso-America, South America and Africa have ancient traditions involving the use of hallucinogenic mushrooms. A good deal of what we know about magic mushroom use in those ancient cultures comes from their art—some approximately 10,000 years old. The art appears to venerate the mushroom, suggesting they were considered sacred and used in spiritual practices.

The Effects of Psilocybin and Psilocin Containing Mushrooms

The Dangers of Hallucinogenic Mushrooms

As with any mushroom that is gathered in the wild, there is always a danger of inaccurate identification and poisoning. A great deal of knowledge is required to gather and ingest any type of mushroom safely, and many can be lethal with no known antidote. Additionally,  hallucinogenic mushrooms are illegal in the U.S. and so are not monitored for safety. Dosages of hallucinogenic mushrooms are difficult to determine as well.

All hallucinogenic substances carry a risk of adverse psychological effects. Underlying mental disorders can be exacerbated and some suffer from psychological crises during intoxication and after. Even those without mental disorders can have psychiatric emergencies such as extreme agitation, panic, terror, persisting psychosis and behavior harmful to self or others when using hallucinogenic mushrooms.

There is a danger, too, of persisting problems after use of magic mushrooms. Some develop what is known as Hallucinogen-Related Disorders or Substance-Use-Disorders involving mushroom use.

These can cause problems with behavior, mood, perception, and cognition such as:

Additionally, prolonged or heavy use of hallucinogenic mushrooms can cause a Hallucinogenic Use Disorder characterized by such symptoms as cravings, failure to stop or control use, continuing use despite problems caused by use, using in risky situations like driving, and developing a tolerance for higher doses.

If you are looking for mushroom trip tips, well there is not much that can be done.  You need to wait it out.

Do Mushrooms show up on a drug test?

A standard five-panel test for which searches for drugs detects popular drugs, such as cocaine and marijuana.  Usually, magic mushrooms are not included.   It is unclear how long blood tests or urine tests can detect psilocybin or psilocin.

Will Mushrooms kill you?

Some mushrooms are dangerous to eat, and a few can even kill you.  The “Amanita virosa,” known as the “death angel,” most likely can be fatal.

Within the United States, having on you psilocybin-containing mushrooms is illegal.  This is because it contains Schedule I drugs psilocin and psilocybin.

If You or a Loved Need Help

If you or a loved one need help to stop using hallucinogenic mushrooms, there is an effective treatment available, and recovery is possible whether you need to attend an alcohol rehab center or a drug rehab center. Countless people have successfully overcome the use of hallucinogens and with the right help, you or someone you love can, too.

Treatment for hallucinogens involves physical detox and psychological support in overcoming the effects of hallucinogen use and preparing you for a hallucinogen-free life. If hallucinogens have negatively impacted life in any way, consider a rehab program to get you back to the life you want to have.

Questions or concerns about wild mushrooms?  If so, make sure to contact us at Sunshine Behavioral Health.