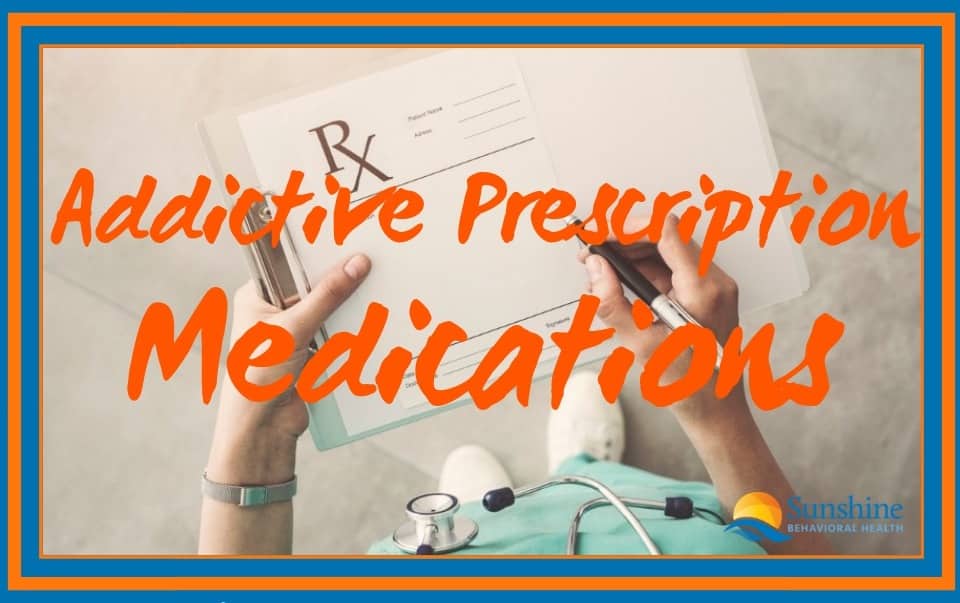 On the surface, prescription medications seem safe enough. After all, doctors prescribe it to help us heal from pain, injury, or illness. If we are prescribed a medication, it is often because a doctor feels that the medication can provide us some benefit that will allow us to regain our health.

However, some prescription medications, while legal to take, can have devastating consequences, including addiction and overdose. Many of these are prescribed, with good intentions, to both children and adults. The following is a list of five of the most addictive medications prescribed today.

The initial three drugs on this list are at the forefront of the devastating opioid addiction crisis. The first is OxyContin, which is often called “hillbilly heroin” and is the brand name for oxycodone. It is a powerful opioid medication used to relieve severe pain. It is not prescribed on an as-needed basis and is only used when the pain is ongoing and long-term. Often, OxyContin is prescribed to individuals with cancer or who have recently undergone major surgery. This drug is sometimes used during pregnancy, which can result in a life-threatening condition to the infant known as neonatal opioid withdrawal syndrome.

While prescription OxyContin is typically taken orally in pill or liquid form, OxyContin is illicitly used via injection, crushing, and snorting.

Vicodin is another opioid that is closely related to OxyContin. Like OxyContin, it is prescribed for severe and ongoing pain from cancer, surgery, or major injury. Vicodin is a combination of Hydrocodone, which is a synthetic opioid, and acetaminophen, which is the active ingredient in Tylenol.

Vicodin withdrawal can lead to significant and uncomfortable symptoms, so many who use the drug for an extended period of time have difficulty stopping. The medication can also be abused by injecting it, snorting it, or crushing it. Vicodin and OxyContin were responsible for nearly 14,500 deaths in the United States in 2017.

The third opioid-based medication on this list is Percocet. It is a combination of Oxycodone and acetaminophen. It can be used for moderate to severe pain, including Fibromyalgia, nerve pain, back pain, and migraine headaches. It is also often prescribed after surgeries, such as c-sections. Like other opioid medications, Percocet can cause heightened pleasure and euphoria, as well as feelings of relaxation.

While Percocet is typically used over the short-term for pain relief, people who have developed a tolerance for the drug typically begin taking it for extended periods of time. Like with other opioid medications, people who have become addicted to Percocet often turn to heroin when their supply of medications is cut.

Ritalin is a stimulant medication often prescribed to children and teens to treat the symptoms of ADHD. It is the brand name of methylphenidate hydrochloride affects the central nervous system. In many with ADHD, Ritalin increases focus and decreases impulsivity and hyperactive behavior.

On the streets, Ritalin is often snorted or injected as a substitute for cocaine. It is also abused on college campuses as a way to increase alertness, allowing one to have the energy to focus on cramming for exams. However, when used in this manner, you can develop significant insomnia and severe psychotic episodes.

Like Ritalin, amphetamines are stimulant medications often prescribed for ADHD. They can also be prescribed to treat narcolepsy and Parkinson’s disease. In some cases, amphetamines are also used as an appetite suppressant and weight loss drug. Some well-known brand names include Adderall, Focalin, and Concerta.

Amphetamines are often abused because of their stimulant properties. The high has a slower onset than cocaine, but a longer duration, making it preferred for college students and others that require longer periods of alertness.

Despite the popularity of illicit amphetamine use, the effects on the body can be severe. The drugs can cause increased blood pressure, heart rates, and body temperature. In addition, they can cause insomnia, erratic behavior, aggression, hallucinations, and paranoia that resembles psychosis.

If you are using these medications, it is important to use them exactly as prescribed by your physician, and to be aware of signs of drug abuse, including using the drug at a higher dosage or frequency than prescribed, using them in ways other than how they are prescribed (including snorting, crushing, or injecting), using medications that weren’t prescribed to you, or combining the medications with alcohol or other substances.

If you or someone you know is struggling with prescription drug abuse, call today to begin the rehab and treatment processes.