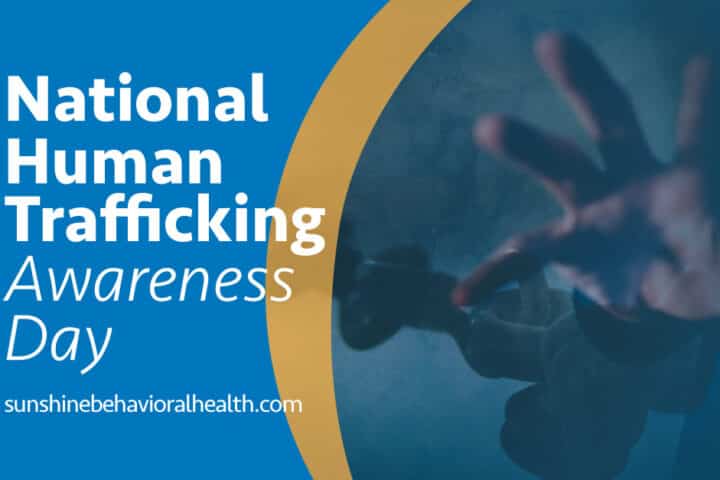 People are people. They’re not commodities to use, buy, or sell.

Sadly, some people don’t agree with these basic rights. They treat human beings more like objects.

Recruiting, threatening, and exploiting human beings for sex, forced labor, or slavery is known as human trafficking. The COVID-19 pandemic may be making the problem worse because it’s creating economic stress for people who are already vulnerable. It’s also encouraging people to distance themselves, which could make the crime more difficult to detect and investigate.

Every January 11th the United States commemorates National Human Trafficking Awareness Day to publicize trafficking and work to end it.

Drugs often play a role in human trafficking. Sometimes, people traffic illegal drugs or other illicit substances along with people. Traffickers might smuggle drugs along with people and try to sell both to buyers.

People might drug others to make them more compliant and easier to traffic. While under the influence of substances, people might be dazed or weak, unable to think clearly or physically fight for themselves.

Knowing that addiction can be all-consuming, people might pretend to befriend others, offer their victims drugs, and get them hooked on these drugs. The victims’ addictions can be so strong that they might be more willing to do things they wouldn’t ordinarily do, just to satisfy their drug cravings.

But there is hope. Several organizations work to help survivors of human trafficking and raise awareness of the phenomenon.

In addition, the U.S. Department of Homeland Security sponsors an initiative known as Blue Campaign to raise awareness of human trafficking. These efforts include investigating suspected trafficking and arresting people involved with it.

The Blue Campaign also aims to educate people and prevent this heinous crime. Its website includes information that can help people identify and report trafficking. It also includes tips for being safer online, since some predators use the internet to find potential victims.

If you suspect that you are being trafficked, you can

If you suspect that someone else is being trafficked, you can contact the National Human Trafficking Hotline (NHTH) by

dhs.gov – Exploitation and How to Protect Yourself