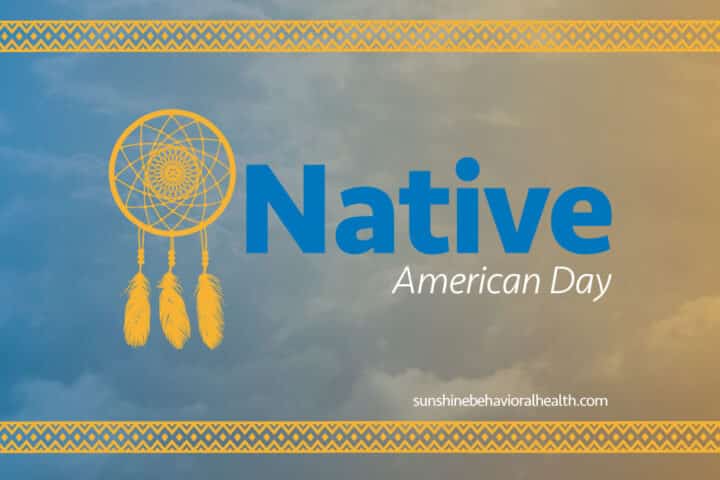 Native American Day acknowledges the perspectives of indigenous people in the United States and celebrates their cultural contributions.

In California, Native American Day is the fourth Monday in September, while in other U.S. states, it’s the second Monday in October.

Throughout U.S. history, people often used that October date to commemorate Columbus Day. In recent years, people have increasingly used the date to honor indigenous people instead of Christopher Columbus, one of the many European people who harmed the people of the Americas.

People are thus viewing the October date through different lenses.

Similarly, there have also been shifting attitudes about drugs, alcohol, and the people who use them.

For proof, we can look at different attitudes toward marijuana. While people often demonized marijuana and marijuana users in the past, the substance has become increasingly popular and accepted.

Attitudes about drug and alcohol addiction have also transformed. Instead of viewing addiction as a failure or a lapse in morals, many people now see addiction as a disease that affects the brain and the body.

Since it’s a disease, addiction requires science-backed, evidence-based treatment instead of punishment, judgment, shame, or stigma. Treating addiction as a chronic disease increases the odds that people will find long-lasting recovery from it.

Changing perspectives might be especially helpful for communities who’ve experienced prejudice and other problems, communities such as Native American populations.

As an example, there are long-standing beliefs that Native Americans are heavy drinkers of alcohol. While some Native Americans do have problems with the substance, studies have reported that the stereotype is just that: a stereotype.

Researchers at the University of Arizona determined that whites and Native Americans drink comparable amounts of alcohol. In fact, Native Americans in this 2016 study were more likely to abstain from alcohol entirely.

Such findings indicate that making assumptions is easy, but it can lead to answers that are dangerously wrong. Keeping an open mind can produce more positive results and maybe even teach us a thing or two along the way.

calendarpedia.com – When Is Native American Day 2020?