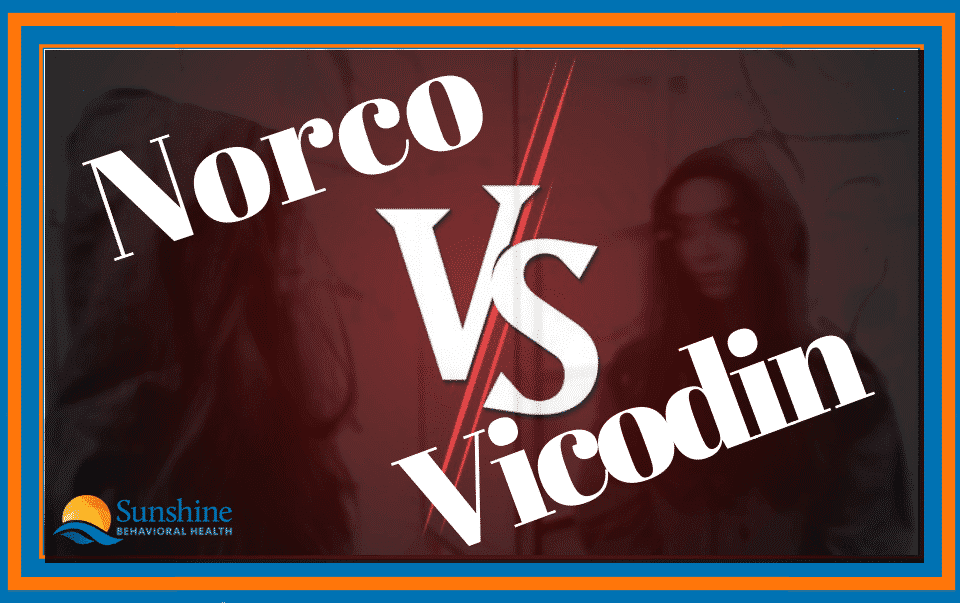 Norco and Vicodin are examples of prescription opioid analgesics which are used to remedy pain. It can be sometimes difficult to tell the difference based on what Vicodin looks like. These drugs both contain a combination of acetaminophen and hydrocodone bitartrate and are both classified as Schedule III meds. Schedule III classification drugs, according to DEA.gov, are labeled by the government as such because once abused, these drugs would result to low to moderate physical dependence and/or high psychological dependence.

These medicines are both prescribed to be taken orally or in a tablet form. For adults, the usual dosage is one tablet every four to six hours, or as needed. Since these drugs are prescription medicines, there is a very high probability that addiction to the same can start at home.

The major distinction between Norco and Vicodin, according to Drugs.com, the ratio of acetaminophen to hydrocodone present in every drug. This fact is essential to remember and consider when prescribed since high levels of acetaminophen present in a drug may increase the risk of liver failure. The toxic and dangerous dose for acetaminophen is 10 g.

One of the components of both drugs, hydrocodone or hydrocodone bitartrate is a pain reliever used to treat mild to severe pain by altering the brain’s and the nervous system’s responses. The other component, acetaminophen, is also used to treat mild to moderate pain and belongs to the analgesic and antipyretics med class. Acetaminophen works by changing the body’s response to pain and also catalyzes hydrocodone’s effects. These two painkillers have similar components and are also both available in tablet forms, easy to be taken orally.

Since these drugs have opioid in their composition, according to DrugAbuse .gov, they should only be taken when prescribed by doctors. The differences between both drugs are on the dosage, ideal storing temperature, and percentage of compounds.

Below is a more in-depth discussion of the differences between the two.

A Better Look at the Differences between Norco and Vicodin

The HP and ES variants of Vicodin has added acetaminophen content, while HP has more hydrocodone content which explains why it is more potent and why the maximum dosage for both types are not the same.

It should be noted that dosages shall be determined depending on the intensity and severity of the pain.

Acetaminophen should not be taken more than 4000 mg per day.

Individuals who are hypersensitive to either acetaminophen or hydrocodone should avoid taking these tablets.

If not administered properly, these drugs have the following side effects. The side effects are enumerated as follows:

Since both drugs contain similar compounds, the points of precaution for both are also the same. These are a few warnings about Norco vs. Vicodin usage:

Lastly, if you suffer from severe constipation, bowel obstruction, or if you have a history of alcoholism, substance abuse, liver cirrhosis, COPD, sleep apnea, or further breathing illnesses, it is best to consult your physician before taking any of these drugs. Are you currently having issues with an addiction to Norco or Vicodin, or need more information?  If you are, learn today how Sunshine Behavioral Health can help.