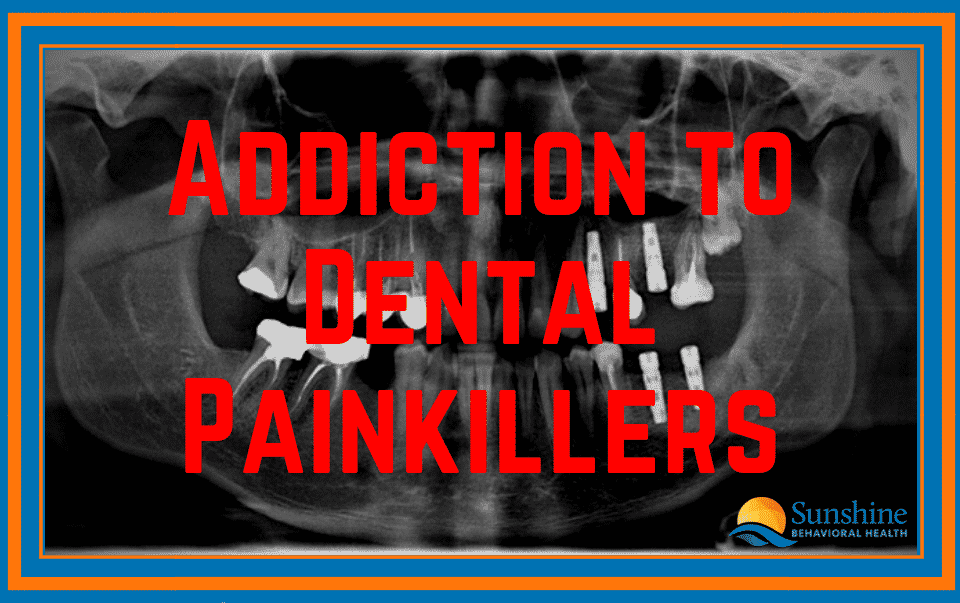 Prescription opioids – including hydrocodone, oxycodone, codeine, and morphine – are prescribed to treat moderate to severe chronic and acute pain following surgery or injury. This is an important part of treatment when used appropriately. Misuse and abuse, however, poses serious risks to an individual’s health and may lead to overdose and death. Careful consideration, therefore, must be made prior to the use of these opioids.

A recent study shows that prescription of opioid painkillers given by dentists to adolescents and young adults after extraction of their wisdom teeth may be associated with subsequent opioid use and addiction.

This study published on December 3, 2018, in JAMA Internal Medicine highlights the role of dental prescriptions, which is often overlooked, and how it contributes to the opioid epidemic in the United States that lead to 49,068 cases of deaths involving opioid in 2017.

As expressed by Alan Schroeder, a pediatrician and a professor at Stanford University School of Medicine, with the graveness of the opioid epidemic in the United States, the prevalence of its use and abuse among adolescents and young adults, especially among females is alarming.  And as such, with the current findings, this should trigger an increase in the inspection and scrutiny of the frequent prescription of dental opioids.

When adolescents and young adults have their third molars or wisdom teeth pulled, which is quite common among this age group, dentists routinely prescribe them with opioids to relieve pain.  In fact, 6.4 percent of opioid prescriptions in the United States in 2012 was written by dentists. The early introduction – for youths starting at the age of 10 – to this highly addictive substance is quite bothersome.  Another study shows that adolescents who are exposed to opioids have a 33 percent higher chance of abusing prescription painkillers in the later years. Dentists who prescribe more opioids to these adolescents and young adults compared to other healthcare providers have a higher responsibility in curbing these addictive drugs. But not only until recently did dentists start to reconsider the use of these narcotics in managing patient’s post-surgical discomfort.

In the study of Schroeder and the four other researchers published in JAMA Internal Medicine, it showed that about 5.8 percent of the 14,888 individuals aged 16 to 25 years old who have received an initial opioid prescription in 2015 from dentists became diagnosed with opioid abuse within a year.  In comparison to the control variable of a similar group who did not receive any dental opioids, only 0.4 percent was diagnosed with opioid abuse in the same time frame.  The numbers are even more troublesome for girls and women. About 10 percent of these women aged 16 to 25 years old prescribed by dentists with an opioid in 2015 were diagnose with opioid abuse within the year.

Andrew Kolodny, one of the co-directors of opioid treatment research at Brandeis University, was shocked at the huge number (6 percent) of kids who showed evidence of becoming addicted to painkillers. He states that those kids could have gotten Advil or Tylenol, something which is far less addictive but still does that trick of relieving discomfort instead.

What Does The Data Show Us?

The data presented was shocking and troubling as most people who have their wisdom teeth pulled out can still do as well or even better with just an over-the-counter pain reliever. A study published in the Journal of the American Dental Association even shows that some anti-inflammatory analgesics including ibuprofen and acetaminophen are found to generally work better at relieving acute dental pain compared to opioids.  With this, there is no need to expose these adolescents and young adults to opioids after extracting their wisdom teeth.

With an estimated 15,000 individuals aged 16 to 25 years old who received an initial opioid prescription from dentists, it was found that 6.9 percent of those individuals received at least one more opioid prescription three months to one year later. This should have alarmed a lot of people as it is a clear sign of persistent opioid use. Who would really need continuous intake lasting up to three or more months of painkillers after just an extraction of wisdom teeth?  Recovering from wisdom teeth removal only takes about two weeks.

The core message here is that we, especially those in the dental industry need to be more careful and responsible for prescribing opioids from day one.  The first prescription may alter the lives of your adolescent or young adult as this may lead to long-term use and addiction to opioids.  This prescription is crucial as it can be a powerful predictor of opioid addiction.