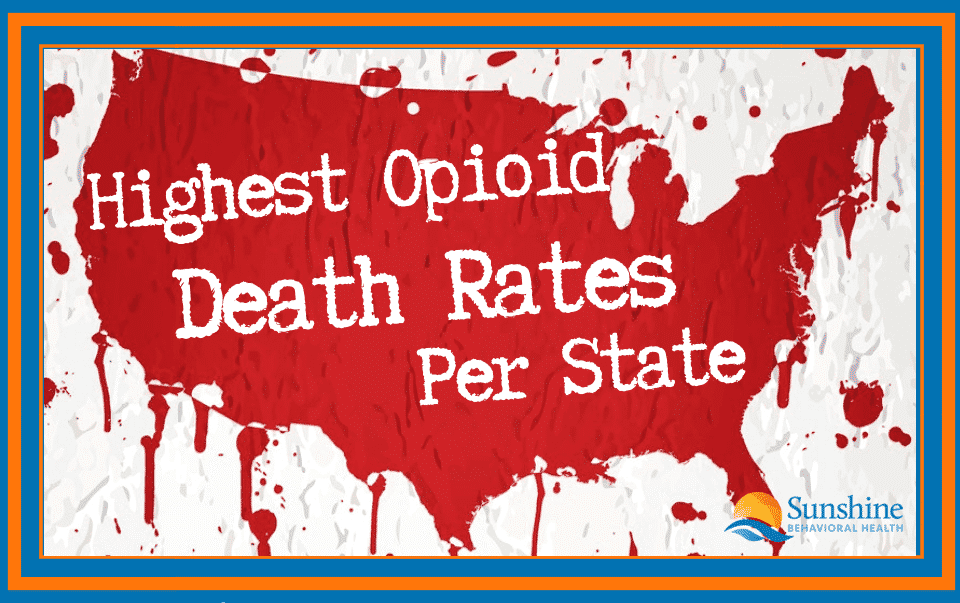 Drug overdoses caused 70,237 U.S. deaths in 2017, according to the Centers for Disease Control and Prevention (CDC) reported. Opioid overdoses caused 47,600 (68 percent) of those deaths.  Clearly, opioids are a major factor in overdose deaths in the country.

Since 2013, almost every U.S. state has reported increased rates of drug overdose deaths. The only states who have not reported such increases are Oklahoma, Mississippi, and Kansas. Some states experienced significantly higher rates of opioid overdose-related deaths than others.

Of the 733 reported deaths from opioid overdose in West Virginia in 2016, synthetic opioids were responsible for 435 deaths. Of that number, prescription opioid overdoses contributed to 340 deaths.

As in other states, synthetic opioids contributed the largest share of opioid deaths in Ohio. In 2016, synthetic opioids were implicated in 2,296 overdose-related deaths. Heroin overdoses claimed 1,478 lives in 2016, while overdoses related to prescription opioids resulted in 867 deaths that same year.

Maryland’s death rates due to opioid overdose have remained consistently above the national average since the beginning of the century.  In 2016, Maryland’s rate was 30 deaths per 100,000 people.

Washington, D.C. counted among the areas with the highest 2016 opioid fatality rates in the country. In 2016, the state had the fifth-highest rate of deaths related to opioids: 30 deaths per 100,000 people. The National Institute on Drug Abuse (NIDA) reported 209 deaths associated with overdoses in Washington, D.C. in 2016. Of this number, synthetic opioids were implicated in 129 deaths and overdoses on prescription opioids caused 66 deaths.

States with the highest death rates also experienced significant increases in yearly death rates. These statistics illustrate how opioid abuse can be more than dangerous. It can be deadly. Questions or concerns?  Are you dealing with opioid issues of your own?  If so, reach out to Sunshine Behavioral Health today.