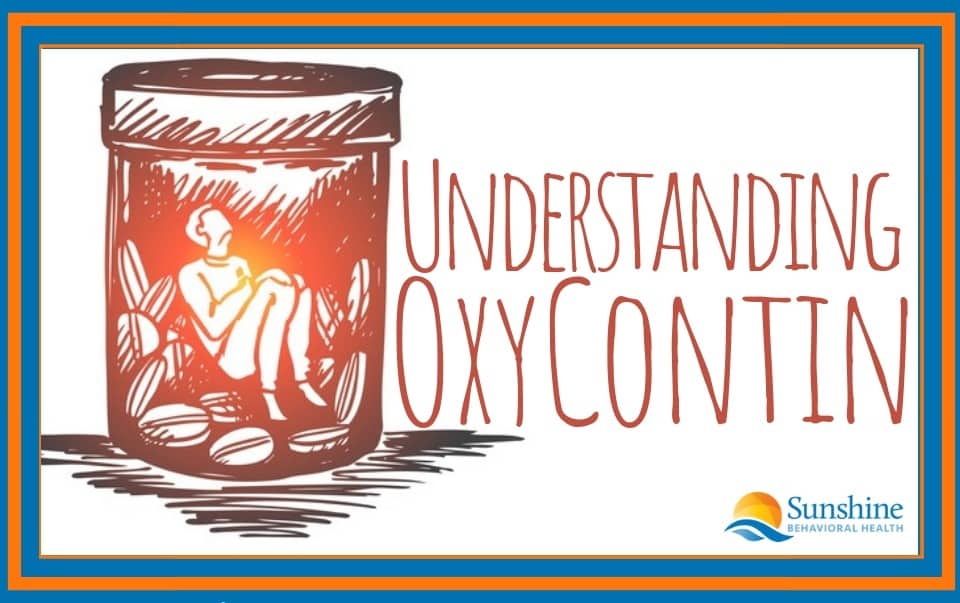 Oxycontin is a medication prescribed for medium to severe pain. It came out on the market in 1995. Oxycontin is similar to morphine and it is highly addictive. It is listed as a schedule II drug. The law is that a person can only get it with a prescription from a doctor. From the first day Oxycontin was introduced to the world, it has been the most frequently prescribed pain killer throughout the United States. Many people are illegally obtaining Oxycontin and taking it without even thinking about its side effects. Many of these people are becoming highly addicted to this medication. In fact, it has become a major issue for drug enforcement agencies.

OxyContin, also known by its brand name Oxycontin, is an opioid, a narcotic, a schedule II controlled substance drug. It is very easy for a person to get addicted and abuse this potent medication. The main function of Oxycontin is to help relieve a person’s pain. However, one side effect of the drug is that it can make a person feel a sense of euphoria. This keeps them wanting more and more of the drug. OxyContin comes in different dosages including Oxycontin 10 mg, Oxycontin 20 mg, Oxycontin 40 mg, Oxycontin 60 mg, and Oxycontin 80 mg. It is always important to take only the amount prescribed by your physician. If you are mis-using this drug, you could easily develop a psychological and physical dependence for Oxycontin. This can bring havoc to your life and everything in it. An Oxycontin addiction can be tough to control and handle without the help of a professional. Thankfully, there are OxyContin rehab treatment centers available to help you.

The National Institute on Drug Abuse, also known as the NIDA, states that between 26.4 and 36 million people around the world abuse opioids. It goes on by stating that there are 2.1 million individuals that deal with a substance use disorder involving opioid-related drugs. This includes medications such as oxycontin, morphine, Vicodin, codeine, and other members of the oxycontin family. There have been many deaths related to the Oxycontin overdose throughout the years. This number has grown substantially since 1999.

Reasons for the Addictive Nature of Oxycontin

OxyContin is an opium derivative. It is actually an oral version of Oxycodone with a time release feature. Percodan and Percocet also contain Oxycodone. OxyContin is prescribed for pain. It has a time release feature which helps it control a person’s pain for several hours. The drug also gives a person a sense of euphoria, so many people continue taking it long after the doctors tell them to stop. They become addicted to it. Abusers of this drug have found chewing, injecting, or snorting OxyContin and crushing tablets bring on a stronger, more intense high. It has often been compared to heroin. A study in Boston shows OxyContin is a gateway to the drug heroin. It is never recommended to be taken in high doses. It should never be consumed with alcohol or other brain depressant drugs. A person is more apt to become addicted to OxyContin if they use it in any other way than it is prescribed by their physician. If you have found yourself addicted to OxyContin, the best thing to do is contact an OxyContin rehab treatment center.

Risk and Causes for OxyContin Addiction

There are several causes and risk factors when it comes to the possibility that one might become addicted to OxyContin. A few of these include the following:

You can get more information about the causes and risk factors regarding OxyContin addiction by visiting oxycontin wiki, contacting an oxycontin rehab treatment center, or speaking with a medical professional.

The first sign that a person is struggling with an OxyContin addiction is usually noticeable. If they become preoccupied with the desire and drive to frequently get the drug, they most likely are becoming dependent on it. Another concern would be if a person has been prescribed the drug and has gotten control over his or her pain management but still insists on asking the doctor for another prescription. This is probably an indicator of an OxyContin addiction. Some other symptoms of OxyContin addiction include the following:

You should know that OxyContin decreases your respiration. It causes a person’s breathing to slow down significantly. This means you have a greater risk of respiratory failure, especially if you already have a respiratory condition. If you are addicted to OxyContin, you can overcome it. However, caution should be exercised when you stop using it. The majority of people are faced with withdrawal symptoms. Some of these symptoms include the following:

Other Effects of OxyContin Addiction

An OxyContin addiction can create many disturbances in a person’s life. Every aspect of your social, business and private life can become negatively impacted. In addition, your health can be affected by a number of negative ways. Some more effects of an OxyContin addiction include the following:

The effects of an OxyContin addiction can range from minor problems to major issues in the personal, professional, and social areas of your life. If you or a loved one is looking for help with any addiction it is best to speak to a professional or seek the aid of an Oxycontin rehab center right away. Questions or concerns?  If so, reach out to Sunshine Behavioral Health today.