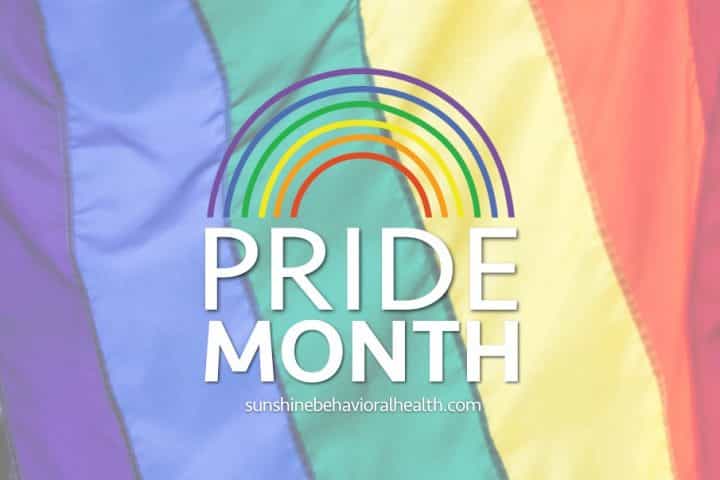 Pride Month: Support Groups That See All Colors of the Rainbow

It’s no exaggeration to say there have been tensions between the LGBTQ community and the religious right.

Westboro Baptist Church in Kansas was long known for picketing funerals of fallen U.S. soldiers, saying the deaths were punishment for America growing more accepting of the gay community. That’s one extreme. Not all churches hold to that view, but some unease exists.

Members of the LGBTQ population don’t want a church or group to tell them what needs changing, unless it’s something they want to change in themselves.

Many members of the LGBTQ community cope with social stigmas, discrimination, harassment, and violence. That puts them at risk for more behavioral health problems due to anxiety, post-traumatic stress disorder (PTSD), stress, and other issues stemming from ostracism and abuse.

Some opt to self-medicate to get through life. The 2015 National Survey on Drug Use and Health found that “sexual minority” adults (lesbian, gay, or bisexual) were twice as likely to use illicit drugs compared to their heterosexual peers. Adolescent lesbians, gays, or bisexuals going through difficult times struggle more compared to straight youth.

The result is a higher likelihood of developing a substance use disorder. Support groups do help people working through addiction, but sometimes having a dependency on the same substance isn’t enough common ground.

Some faith-based or faith-inspired 12-step programs may turn off or lose potential LGBTQ members because of the fear of judgment, especially among a group that faces double the scrutiny — one for their sexual orientation, and two for their substance use disorder.

For that reason, secular support groups can hold a greater appeal. Many LGBTQ sites mention recovery resources that are more friendly to different populations. Below is a short list of 12-step alternatives that focus more on changing drug and alcohol behaviors, not people:

LifeRing Secular Recovery: This group follows a 3-S philosophy of sobriety, secularity, and self-help. The organization’s goals include helping people not to use, to leave out religion (or lack thereof), and to bolster individuals’ goals to stay clean.

Refuge Recovery: This group believes that Buddhist principles and practices make a solid foundation for breaking free of substance use. It focuses on mindfulness and finding a way to heal and work through the suffering of addiction.

SMART Recovery: Standing for Self-Management and Recovery Training, this group is an international nonprofit that helps people who want to overcome their addictions. It’s rooted in science and secularism, with a focus on cognitive behavioral therapy.

Organizations such as PFLAG also have search options to help a person find local support resources. Many colleges and universities also have groups and organizations that are LGBTQ-focused or friendly, so a person doesn’t have to go through a tough time feeling unheard or alone.