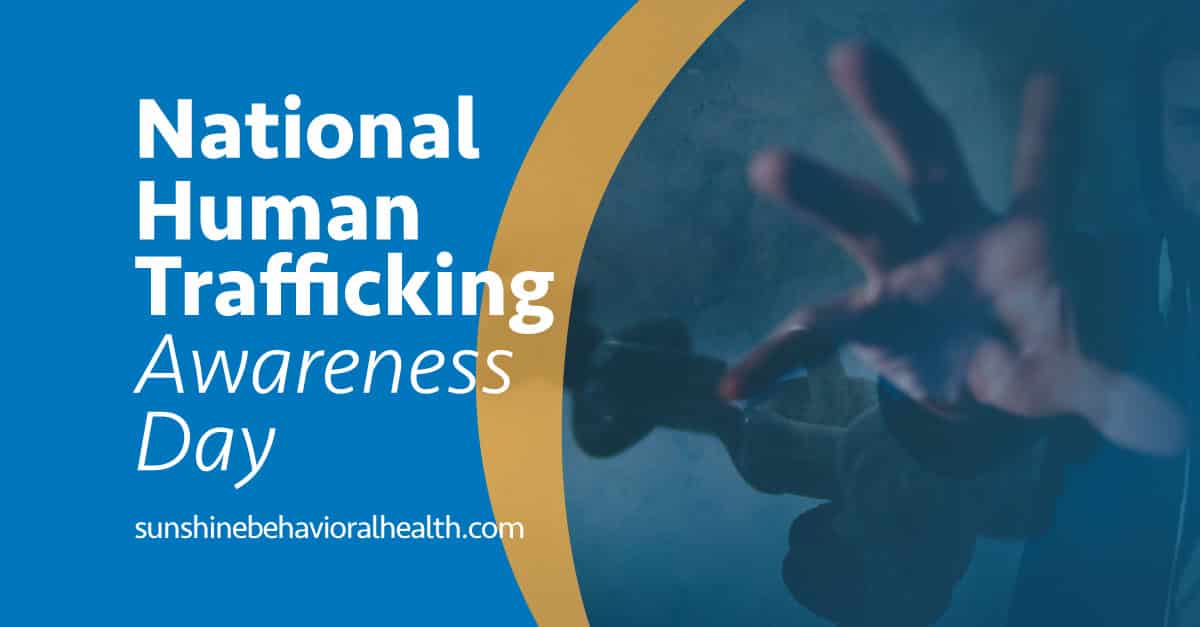 Although it was only codified in U.S. law by the Victims of Trafficking and Violence Protection Act of 2000, human trafficking is not a new problem. It’s a form of slavery.

According to the U.S. Department of Homeland Security, human trafficking is the use of force, fraud, coercion, or other lures to obtain some type of labor, such as commercial sex acts or farm work.

The targets for human traffickers include vulnerable populations, such as people with substance use disorders and other mental health problems.

Despite the adoption of the 13th Amendment to the U.S. Constitution in 1865, slavery hasn’t completely disappeared in the United States. Depending on which source you believe, anywhere from thousands to hundreds of thousands of individuals are trafficked in the country.

Something that often accompanies human trafficking is substance abuse. According to the U.S. Drug Enforcement Administration, 25% of human trafficking survivors have an opioid use disorder or addiction. That’s because:

That’s partly due to their high populations—California is the most populous U.S. state, and Texas is second—high immigrant populations, and high need for cheap labor in industries such as agriculture.

But almost three-fourths (1,118) of California’s human trafficking cases involved the sex trade (such as massage parlors). An even higher number—1,290 or 85%—were women and girls. Globally, it’s 99% female.

If they are addicted to alcohol or drugs—whether before the trafficking, as a result of the trafficking process, or to cope with being trafficked—they may fear losing access to the substance. In addition to legal help, they may require treatment for substance use disorder.

In addition to being female and having a substance use disorder, other factors that can make people vulnerable to human trafficking include:

To end or reduce human trafficking, when you see something, say something by contacting:

usatoday.com – 13 sex trafficking statistics that explain the enormity of the global sex trade