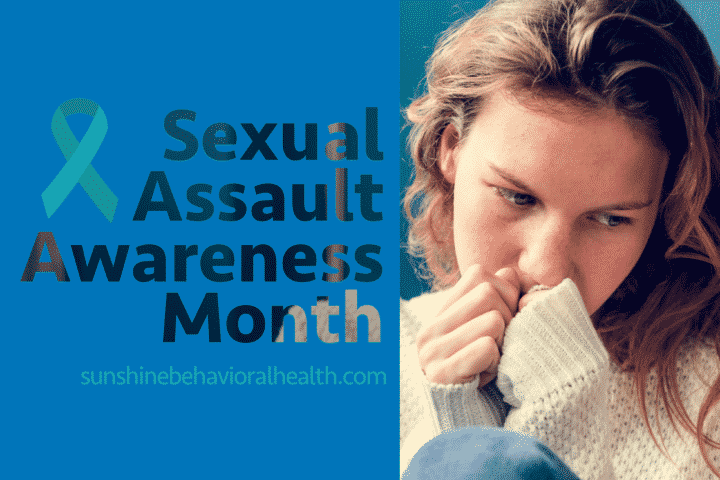 Alcohol abuse and sexual assaults go hand in hand. Sexual Assault Awareness Month (SAAM) reminds us that there are ways we can prevent both.

Building safe online spaces was a theme for April 2021’s Sexual Assault Awareness Month (SAAM). The sponsor of this month, the National Sexual Violence Resource Center, said that we can help prevent sexual assaults, abuse, and harassment if  we

There’s a good chance that alcohol is involved in some online sexual assaults.

The COVID-19 pandemic has created stress, loneliness, and uncertainty. To cope, some people are drinking more than before, even binge drinking (drinking large amounts of alcohol in a short amount of time). More drinking and more drinkers could raise the risks of alcohol-fueled behaviors such as assault.

How does alcohol contribute to sexual assaults?

“At least one-half of all violent crimes involve alcohol consumption by the perpetrator, the victim, or both,” noted Dr. Antonia Abbey and other researchers. Given what alcohol does — and what people think it does — that’s not that surprising.

Perpetrators of sexual assault sometimes drink alcohol before the assaults to lower their inhibitions or give themselves an excuse for the assaults.

Sexual assaults, harassment, or abuse are never the victims’ faults. But if people drink alcohol, these occurrences could be more likely.

If victims have been drinking, victims might find it more difficult to fight back. Their attackers might prey upon people who are drinking because they see them as easy targets.

How can we stop alcohol-related sexual assaults?

To stop alcohol-related sexual assaults, we need to emphasize assistance and communication.

When it comes to alcohol, we could discuss options such as

Such options can help people understand their relationships with alcohol and develop tools to manage or end their drinking. They also encourage people to talk with other people about their problems.

Talking is a good way to prevent sexual assault. By talking, people can set boundaries and determine if they’ve received consent. If they’re unsure, they can ask questions and discuss things further.

People should create environments where people feel comfortable to share stories of sexual assault, reminding people that they’ll be believed and nurtured.

By keeping the lines of communication open, we can learn from others and find ways to prevent future problems.