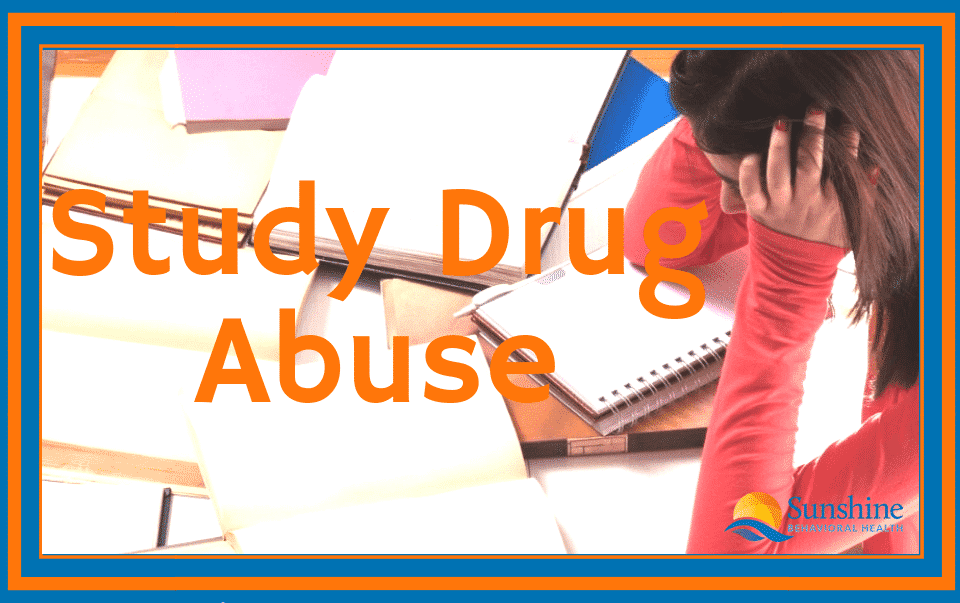 What are study drugs? Considering 84 percent of college students feel overwhelmed, the higher education experience can be taxing for many.  From balancing classes, studying, extracurricular activities and maintaining a healthy social life, getting a college degree can be quite the juggle and can put a lot of pressure on students. If a student is also working part-time or raising a family, those are more layers of stress, leaving little time for academics.

With college students often pressed for time, that poses an important question: when do they have time to study? For some, the answer to this question is to take study drugs, which is harmful and damaging to many college students.

What are study drugs?

Study drugs, also called smart drugs, cognitive enhancers, neuro enhancers, and nootropics, are prescriptions drugs commonly prescribed for ADD, ADHD, and narcolepsy, but misused to help students focus on academic-related tasks. While these drugs are technically not illegal in the U.S. as they are commonly used to treat conditions related to cognitive functions, it is illegal to possess prescription drugs without a prescription for them. The Federal Food, Drug, and Cosmetic Act states that the only legal way to get a hold of prescription drugs is with a doctor’s prescription.

The scary reality of study drugs is that they are often less stigmatized at universities.  It’s a common misconception among students that study drugs are safe because they are prescribed by doctors. Thus, many students use study drugs without knowing how they can be highly dangerous and harmful due to abuse. With one in five college students abusing prescription stimulants, study drug abuse is an emerging issue that is being normalized at many campuses.

Students use study drugs typically for effects that impact cognitive function.  For example, they are drugs college students use to stay awake, remain focused or stay alert.  In fact, one study shows 85 percent of students who took prescription stimulants did so with the intent to study or improve their grades. When the pressure is on and time is limited to focus on academics, study drugs are a quick go-to for many students to instantly get the focus and motivation they need to perform well at school.

Do study drugs work? Some experts say study drugs do not have a positive impact on academics, but 28.6 percent of college students agree using study drugs helps improve their grades.  When students feel like their grades are on the line, study drugs can sound like a promising solution, but the truth is that they often do more harm than good.

Study Drugs and the Side Effects

At first glance, study drugs may seem great for students, especially those that are desperate to improve their academic performance. In most cases, the seemingly positive outcomes usually overshadow the detrimental effects that come with using study drugs, putting many students in danger due to their negligence. A few side effects include:

The risks of using study drugs are not worth it due to the potential side effects above, but to many college students, they believe it’s the gateway to academic success and often overlook the repercussions.

The most commonly known study drug is Adderall and is the drug that accounts for the highest ADHD medication abuse in college students. While Adderall is the poster child of study drugs, there are many others that are commonly abused. Below is a rundown of common study drugs:

Questions or concerns about study drugs?  Do you know someone in college with possible issues with study drugs themselves?  If so, reach out to Sunshine Behavioral Health today.