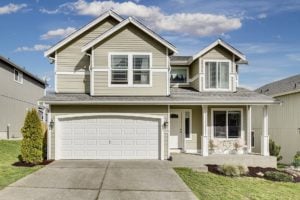 A “trap house” is defined by the Urban Dictionary as a private house or an apartment, sometimes situated in various public housing communities, where numerous “trap lords” or “trap stars” sell and deal drugs. For drug dealers, it’s basically their official place of business. These trap houses can be found anywhere to “blend in” to the environment they are selling to and attract a wide variety of customers.

Sadly, teenagers are often drawn in by these houses, and it is becoming a common trend for many of them to post invitations to their “trap house” on social media.

In a study published by Reuters and by the University of California, Berkeley, it was revealed that trap houses are cool to these youngsters. This mindset can be well-explained by the glamorization of trap houses by trap music, a music genre characterized by a unique rap style that originated in the South in the early 1990s. Since trap music has gone mainstream, the glorification of trap houses has continued to increase. For instance, 2 Chainz, a popular rapper, launched his own clothing store called “Trapavelli Pop Up Shop,” which looked like a trap house, perfectly decorated with (fake) crack and some cooking equipment.

What Does a Trap House Look Like on the Outside?

Many of these houses are often abandoned, but there they can also be beautiful and grand places that you would never think were trap houses. Sometimes, trap houses are two-story places with a pool and a pretty lawn to keep the house camouflaged. However, the moment one enters, they are greeted with syringe needles and people who are getting high together.

For bigger crowds and bigger transactions, there are also congregation spots for users and dealers. This spot is commonly called a compound. You have a house, shack, trailer, RV, and many more here. According to some, it’s like a hippie village where drug addicts enjoy getting high together.

The even more alarming fact is that trap houses are increasing in number, migrating from urban areas, they are now conquering middle and upper-class neighborhoods.

In a news article released by NBC4, an Ohio-based news agency, various state drug enforcement agencies find shutting down these houses quite challenging. The law enforcers need to have more manpower and require more effort to conduct surveillance. After all, before they can arrest these people and shut down the property, they have to have probable cause for doing so. This means they have to closely monitor the activities of the people in the house, see who comes and goes, complete some research, and make some calls. All in all, shutting down a trap house will require a considerable amount of time, effort, and resources to carry out before they can secure a search warrant.

Should a search warrant be issued, another problem that they might experience is the presence of evidence that will be gathered. More often than not, they only retrieve an insignificant quantity of narcotics since drug users don’t normally have drugs in large quantities.

The other problem with shutting down trap houses is that it never works. Once you take the house down, these people will just leave and find another house to crash.

How can Parents Keep Their Kids Safe?

Considering the gravity of the issue and the danger posed by these trap houses, the best thing parents can do is to ensure that their kids are kept away from these houses. They must exercise diligence in checking their teens’ whereabouts, knowing who they hang out with and what they are up to. Furthermore, parents should have conversations with their kids about places like these and the potential damage that they could possibly cause.

Keeping your communication line open is a very good strategy for parents to know more about their kids’ activities. Through this, the parents won’t appear too controlling and demanding, thus, lessening the tendency of their kids to rebel. Also, if your kids are already going to trap houses, evasive action should be taken, and perhaps steering your kids toward a rehab center might be the best option.

Trap houses are real, and the people in them don’t care how old a kid is when they go there. Creating open lines of communication with kids about the dangers of drugs and going to places like trap houses, as well as knowing where your kids are, can make a tremendous difference in whether or not your teen winds up in one of these places.