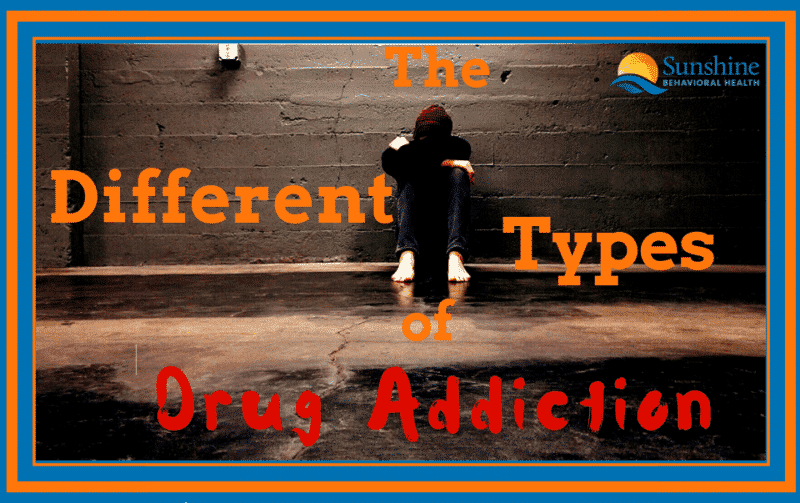 Many people think of alcohol, marijuana, cocaine, heroin, and the other usual suspects when talking about addiction. However, besides these well-known addictive substances, there are several other substances that can create dependence.

Drug addiction is a progressive and dangerous disease that can eventually destroy every aspect of an individual’s life. Contrary to public opinion, the facts still do not show a single factor influences who develops an addiction and who can use drugs more casually. However, once a person develops a drug addiction, it is important to treat it.

Addiction is a very personal medical condition because each individual manifests addiction in his or her own particular way. The success of a patient’s rehabilitation greatly depends on a comprehensive and personalized treatment plan.

Many foreign substances and chemicals that alter the mind can create dependence and addiction. Common addictions in the United States include addictions to:

People suffering from addictions often think that they can function normally and control their drug use. However, oftentimes their feeling of control is an illusion. Recognizing that their feelings are an illusion and that they do have a problem with addiction is often the first step toward recovery.

Symptoms and Signs of Drug Addiction

People may not recognize drug abuse because addiction can manifest in different ways. There are no cases that are exactly identical.

However, the results of addiction that include irreversible physical, emotional, and psychological effects are extremely common. Each individual can experience different symptoms of drug addiction, but common side effects include the following changes in a user:

Family members and friends need to monitor external signs of drug abuse, such as:

Keeping up-to-date and informed on drugs and drug addiction may help you notice people who are suffering from drug addiction and offer them help and support.

Sleep disturbances and depression are among the common withdrawal symptoms that people experience when they stop using stimulants. These symptoms can make addicts more likely to relapse when they are trying to quit. Sadly, repeated abuse of stimulants may lead to psychosis, paranoia, and even death due to heart failure.

Depressants are designed to slow down the central nervous system to help people feel calm and relaxed. Depressants are often abused by people who are anxious or have trouble falling asleep. When depressants are overused, it can cause a significant lowering of inhibitions.

Negative effects of using depressants include drowsiness, poor coordination, slurred speech, and the inability to make informed decisions. Heavy abuse can cause dependence on depressants for sleep as well as major respiratory problems and liver damage.

Opioids (also sometimes known as opiates) are a class of drugs used mainly for pain treatment. This treatment works by blocking the brain’s pain receptors and promoting feelings of contentment.

Users of opioid drugs often feel the need to increase their dosages in order to feel the similar effects as when they first started using the medicine. Overdosing is thus common among opioid users, which causes respiratory or cardiac arrest. Unpleasant side effects can occur when withdrawing from opioid use including chills, fever, insomnia, irritability, diarrhea, and vomiting. For this reason, many people find it difficult to quit opioids.

As their name suggests, hallucinogens are a particular class of drugs that give users hallucinations. Hallucinogens distort users’ realities, causing them to hear or see imaginary things. Sometimes, hallucinogens can create intense and rapid mood swings.

Taking hallucinogens poses risks such as losing contact with reality and causing harm to those around them or to themselves. Users often experience feelings of fear, anxiety, and paranoia. Long-term hallucinogen use is particularly dangerous and can contribute to flashbacks and permanent psychosis.

The category of drugs known as cannabinoids originates from plants, although people often add synthetic (man-made) materials to these drugs. Cannabinoids bind to specific receptors in the brain and other parts of the body. This connection leads to feelings of relaxation and euphoria.

Not all addictive substances are illegal or difficult to obtain. Some may be found in your own home and can be as harmful as other drugs if people use them differently from their intended uses. As they are inexpensive and easily accessible, inhalants are typically abused by adolescents. Sniffed, snorted, or huffed, these vapors and liquids are dangerous in part because they act quickly.

Abusing inhalants cause confusion, poor coordination, vomiting, and lightheadedness. Since they produce a short-lasting high, people might use inhalants constantly and repeatedly. This type of use can lead to unconsciousness, weakness, severe headaches, and even death.

Anabolic steroids are usually associated with athletes who abuse them to change their bodies and enhance their performances. Using them can increase testosterone production and muscle growth while lowering body fat. They may also produce negative effects by interfering with the reproductive system.

Abusing anabolic steroids for a long period of time may stunt growth, cause male-pattern baldness,  lead to mood swings, and cause heart attacks and cancer. Users usually inject anabolic steroids. This can be a problem when users share needles, which can cause infections, AIDS, and hepatitis C.

If people abuse prescription drugs, they may face similar side effects produced by abusing illegal ones. For instance, Adderall is designed to help improve focus for people suffering from ADHD. However, if people without any medical conditions use it, the drug may cause them to become talkative, energetic, and jittery.

Depending on the drug, the side effects of prescription medication vary.

Other overlooked drugs of abuse include over-the-counter (OTC) medicines. People may not be aware that medicine you can obtain without a prescription can also be dangerous. For instance, some people use Dramamine patches or cough medicine to get high. These over-the-counter drugs are cheap to buy and easy to obtain.

Common side effects of over-the-counter drugs include poor judgment, loss of motor control, and hallucinations. High doses can lead to fever and even to strokes, especially if taken in a hot environment.

This is not a complete list of addictive drugs, of course. But, it does describe commonly abused drugs and the consequences of such drug abuse.