Holistic addiction treatments in Lakewood, CO, are alternative or traditional treatments for people with substance use disorders. Although they often have little scientific research backing them up, case studies show they can improve outcomes and keep clients in treatment through recovery.

Substance use disorders (SUDs) such as addiction are chronic diseases that have physical, mental, and frequently spiritual dimensions. Holistic addiction treatment in Lakewood, CO, addresses all three.

What is Holistic Addiction in Lakewood, CO?

The most common treatments for SUDs are behavioral therapies, peer fellowship support groups, and medication-assisted treatment, but sometimes other approaches are also needed.

A holistic addiction treatment program in Lakewood, CO, attempts to heal the individual by recognizing that the body, mind, and spirit are one.

Also known as integrative medicine or complementary and alternative medicine (CAM), holistic drug rehab in Lakewood, CO, is a group of different treatments or combinations of treatments that are meant to complement or supplement standard science-based addiction treatments and improve or sustain recovery. More than a third (38%) of adults and an eighth of children (12%) receive some form of CAM.

A holistic addiction treatment center in Lakewood, CO, or elsewhere in the United States, uses more than a single holistic treatment.

Some holistic drug treatment centers in Lakewood, CO, use techniques derived from traditional Chinese medicine—such as acupuncture—that are accepted and used by conventional medical practitioners, too.

Some are commonsensical (exercise, healthy diet). Some are relatively new (neurofeedback, transcranial magnetic stimulation); some are still being studied. 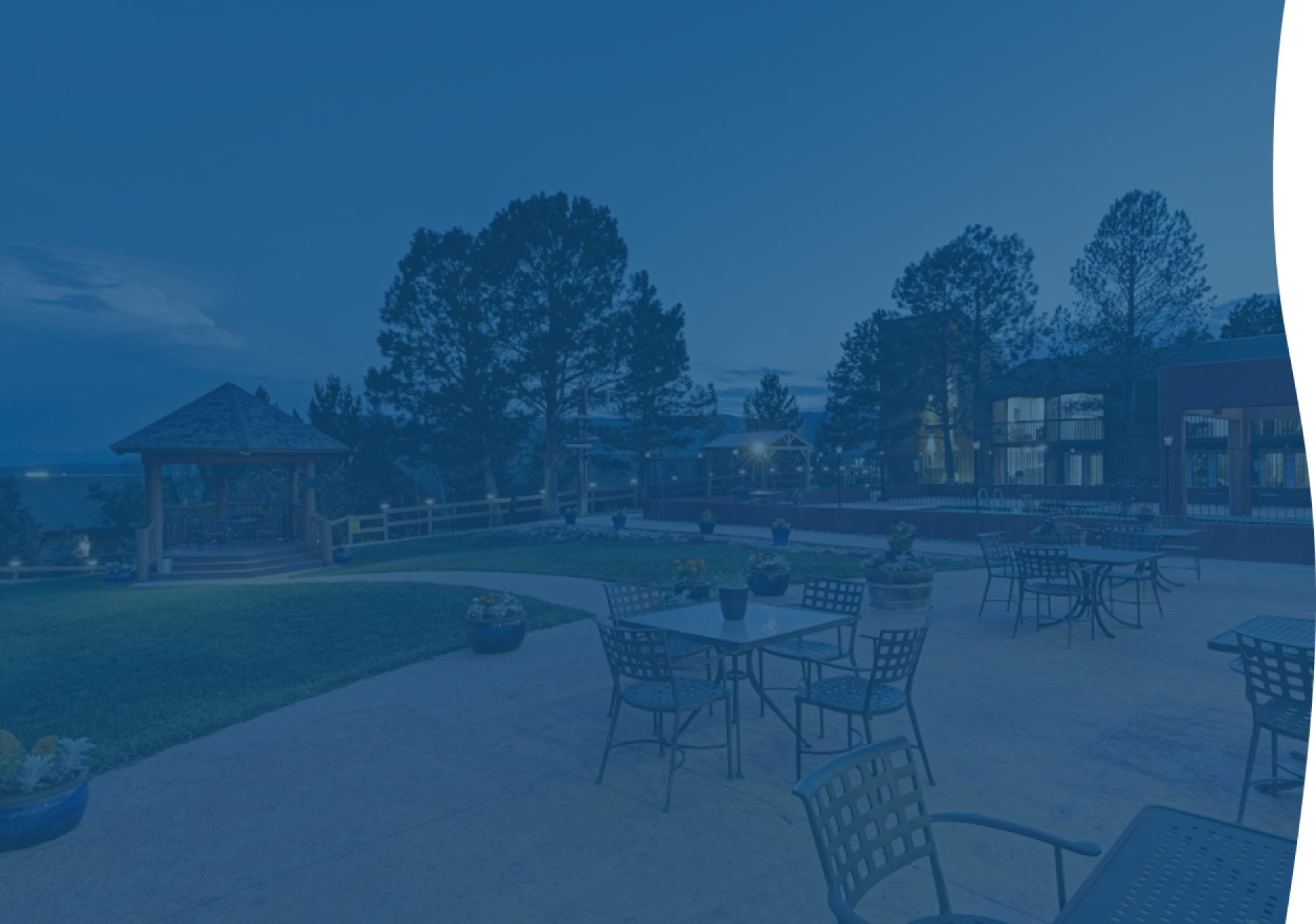 Acupuncture is a technique from traditional Chinese medicine with proven efficacy for chronic pain (neck, lower back, joints) and headaches (tension, migraine). Usually, it involves needles placed at certain places on the body or head, stimulated by touch or electric current.

Auricular or ear acupuncture may reduce cravings for drugs and alcohol among people who want to quit, and bolster recovery from trauma (another cause of SUDs), especially in conjunction with other therapies.

Yoga is both a spiritual practice and physical exercise originating in India. Case studies have found that yoga may reduce drug cravings as well as stress, depression, and anxiety. There are several variations of yoga that may be used at holistic rehab in Lakewood, CO, but usually, they include:

Tai chi and qigong are meditative movement practices similar to yoga—all three combine controlled or purposeful breathing, meditation, and movement—except that they originated in China and involved coordinated movements rather than holding poses.

A holistic rehabilitation center in Lakewood, CO, may use either or both. The main difference between tai chi and qigong is that:

People in recovery who practice tai chi and qigong are more likely to stay in treatment, experience fewer drug cravings, and have a higher health-related quality of life.

Mindfulness meditation (MM) teaches how to stay calm, centered in the present, and focused on a particular stimulus while being aware of (but not fixated on) all stimuli. MM reduces stress and increases self-awareness of the harms of substance use, which may lead to self-regulation.

There are two main types of MM: focused attention (concentrating on one thing—a mantra, one’s breathing, an object—and open monitoring—a low-key general awareness of everything.) Despite seeming opposites, the two types of MM are complementary. Substance use disorders are the opposites of mindfulness because they are automatic.

Also known as neurofeedback, EEG electrodes are placed on the scalp to monitor brain waves. When the brain waves are of the desired frequency, individuals are notified or rewarded with a beep. Over time, they may learn to keep or return to that frequency automatically or at will without an EEG.

In conjunction with other treatments, this enables clients to learn how to control and reduce their substance use cravings.

Art therapy allows clients to express themselves—creatively and emotionally but nonverbally—by making art. So do music therapy and dance therapy.

Music therapy also motivates clients to get and stay in substance abuse therapy. While there are not enough large and controlled studies to call them evidence-based treatments, they do qualify as CAM at holistic drug rehab centers in Lakewood, CO.

Massage therapy increases the production and release of dopamine and serotonin, two neurotransmitters that people in rehab have in short supply. That lack results in pain, stress, anxiety, and insomnia, among other symptoms. Massage therapy helps redress the balance.

Also called horse-assisted therapy or equestrian therapy, this is the use of horse-human interactions—riding, grooming—to help people with SUDs and other mental health issues (post-traumatic stress disorder, autism) by getting in touch with their emotions in recovery and reconnecting to the world.

Repetitive transcranial magnetic stimulation is the use of a magnetic coil to direct electric current to parts of the brain, stimulating the release of neurotransmitters such as dopamine.

Although there’s relatively little research, case studies suggest it may have at least short-term benefits for addiction—including cocaine addiction, for which there are no medication-assisted treatments—related behavioral disorders and depression.

Often before drug rehab can begin, people with SUDs must stop all use of intoxicating substances long enough to complete withdrawal from those substances. This is known as detoxification or detox.

In many conventional substance detox centers, this might be managed with tapering off of the drug (or alcohol) or the use of medication-assisted treatment (MAT) drugs (buprenorphine in its Suboxone formulation, methadone).

Holistic drug detox in Lakewood, CO, does not use medications; however, not even MAT. A holistic detox center in Lakewood, CO, or elsewhere, only uses the same holistic treatments employed in rehab and recovery.

Withdrawal during detox is where many drug and alcohol treatments fail because withdrawal is physically, mentally, and spiritually painful. Substance use disorders alter the biochemistry of the brain and the body.

The changes caused by substance abuse become a new normal; individuals with SUDs don’t function normally without that substance use. The physical symptoms may mostly fade in a week or two, depending on the substance, but the mental changes can last years.

Some of the damage may be permanent, which is why relapse remains a lifelong possibility.

In 2020 in Jefferson County, the coroner’s office recorded 189 deaths due to drug intoxication. Of those:

Opioids accounted for a relatively small percentage of deaths, considering their prominent role in the overdose death crisis:

Other drugs—including cocaine, methadone, antidepressants, and antihistamines—caused about one in 15 (6.9%).

Although only two of Jefferson County’s recorded accidental deaths in 2020 cited acute alcohol intoxication, that doesn’t mean holistic alcohol rehabilitation in Lakewood, CO, is not needed.

While alcohol death rates are not yet available for 2020, drug overdose deaths increased 37% over 2019 to record highs.

Given that the rate of alcohol deaths was already far greater than drug deaths in 2019 and alcohol’s ready availability, the need for holistic alcohol treatment in Lakewood, CO, is likely to be rising, too.

Recovery from substance use disorders is rarely—maybe never—total. As with diabetes and other chronic diseases, treatment must continue for life to reduce the risk of relapse.

One of the major factors driving the sharp rise in opioid addiction is chronic pain. People become addicted to opioid painkillers because they can’t find a drug-free remedy.

Holistic practices also reach the mind and spirit. Unlike psychotherapy, once learned, they can be practiced daily at home, becoming part of an individual’s daily routine.