Alcoholics Anonymous is kind of like the Energizer bunny of self-help groups. It keeps on going thanks to those proverbial legs.

Thanks to Alcoholics Anonymous (AA), millions of people worldwide and through the decades can claim to be “friends of Bill W.” That’s a not-so-shadowy nod to founder Bill Wilson, who in the 1930s started what has grown into an international fellowship, open to anyone and everyone regardless of color, creed, background or gender.

There’s only one rule for joining AA, in fact: a person has to want to do something about their drinking problem.

Meetings are held all over the world, every day of the week, often (but not exclusively) in churches. Online meetups are plentiful too.

AA is not quite religious, but has a strong spiritual bent. The program was inspired by the Oxford Group, a religious movement that found traction in the U.S. and Europe in the early 1900s. It focused on self-improvement by acknowledging:

-Change brings one closer to God (and miracles)

Bill Wilson was influenced by the Oxford Group, and while he left their flock, the flock’s philosophies never left Wilson.

Those principles helped Wilson stop drinking, and they helped shape AA, including its Twelve Steps. They encourage admitting one is powerless over their drinking, believing a higher power can help with the healing, taking personal inventory, and making amends with those who’ve been wronged, along with eight more principles to round out the dozen.

In 1939, Alcoholics Anonymous, also known as The Big Book, was published. It contains the history of AA, details about Wilson’s struggles and triumphs, strategies and exercises to overcome drinking, and plenty of stories about other alcoholics.

The core of the book has remained the same for 80-some years, but it’s been updated with each new edition, addressing agnostics and women in later years, for example, as the group grew beyond being men-only.

AA also has its Twelve Traditions, which serve as a kind of charter for the process. For example: members must want to quit drinking, groups must be autonomous and self-supporting, and participants are to remain anonymous.

Meetings can have open or closed formats. People who want to learn more about AA, whether it’s for themselves or a loved one, may attend open meetings. Closed ones are private, to protect the anonymity of members so they feel less exposed while sharing their stories and struggles.

Usually meetings are going on seven days a week. People can attend as often as needed.

The adage one day at a time is important to keep in mind with AA membership. The goal of the alcoholic is to manage their recovery day by day. One day without a drink. Seven days without a drink. And so on. Work today toward a better tomorrow.

Members enjoy peer support as they study and practice the 12 steps. Sometimes a sponsor helps. They’ll typically have been sober for some time and can offer guidance for the newbie.

Once a member hits milestones in abstinence, they’ll typically earn a sobriety coin or chip. Red, for example, commemorates one month of not drinking.

In addition, AA members have the option to attend virtual meetings or participate in online chat rooms. Whatever the format, Alcoholics Anonymous encourages people to communicate with each other to work on their common problems and heal. 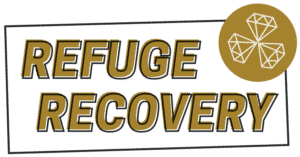