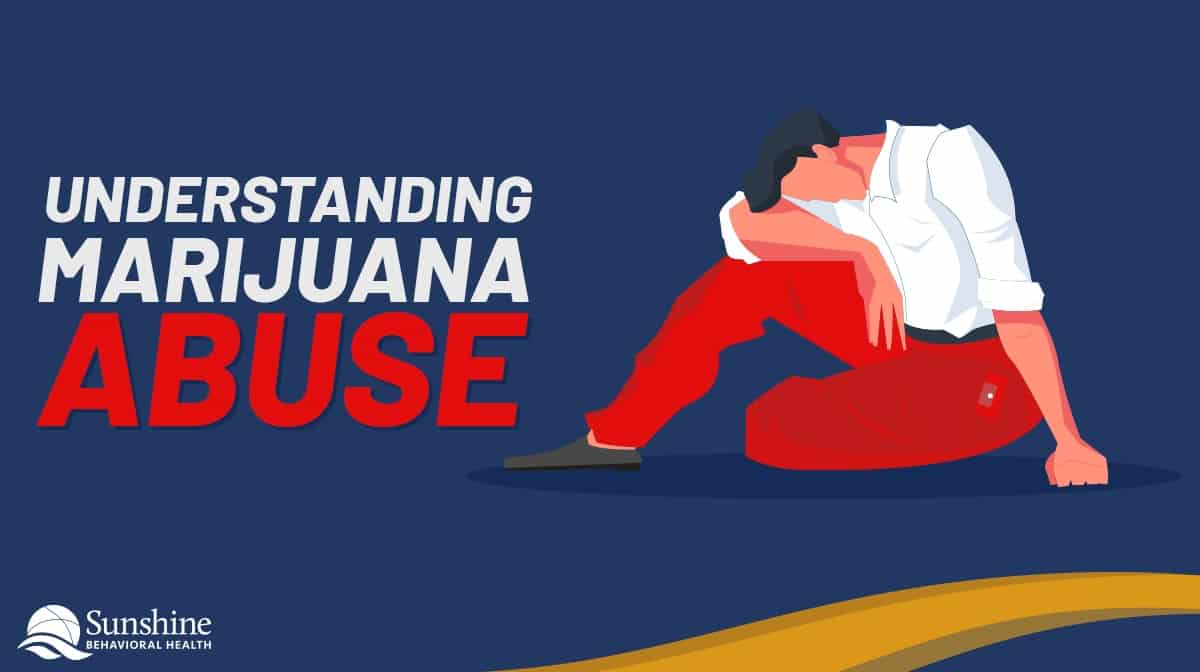 Marijuana Use Statistics: What You Need To Know

Marijuana use disorder is characterized by an unhealthy dependence on marijuana. While some people occasionally use the drug legally and/or recreationally, others find that they become dependent on marijuana for daily functioning.

People who are living with marijuana use disorder experience uncomfortable symptoms when they don’t have the drug. Also known as withdrawal symptoms, they may include restlessness, decreased appetite, irritability, mood problems, sleep issues, physical discomfort, and other problems. For most people, these symptoms are at their worst about a week after ending their marijuana use and tend to fade at the two-week mark.

When someone smokes large amounts of marijuana regularly, their brain chemistry can change. The brain naturally produces endocannabinoid neurotransmitters. When the brain receives these chemicals through marijuana, it stops producing them naturally.

The period between the cessation of marijuana use and the brain’s natural rebuilding of endocannabinoid neurotransmitters can create the withdrawal symptoms listed above.

Misuse of marijuana could lead to marijuana use disorder and other negative consequences including addiction. Here, we’ll take a look at how different demographics experience issues with marijuana use. 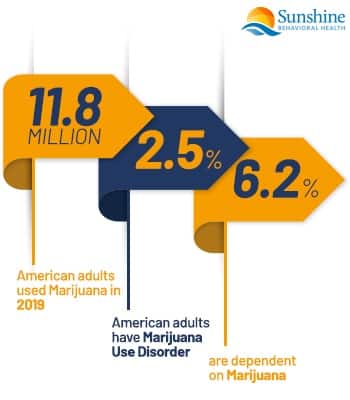 Statistics show a large disparity in marijuana use between different age groups.

Of course, statistics on smoking marijuana regularly are not necessarily indicative of how many people abuse the drug. It’s important to remember that a percentage of people — around three out of every ten marijuana users, according to marijuana addiction stats — live with marijuana use disorder.

More older adults have been using marijuana in recent years. Legalization, changing views, and lack of stigma are all possible reasons for this increase.

From 2015 to 2018, marijuana use among Americans ages 65 and older rose from 2.4% to 4.2%. While some adults in this age group experimented with drugs in the past, others are new to the idea of using marijuana. Part of this increase may be due to the medicinal properties of marijuana, especially for dealing with chronic pain. 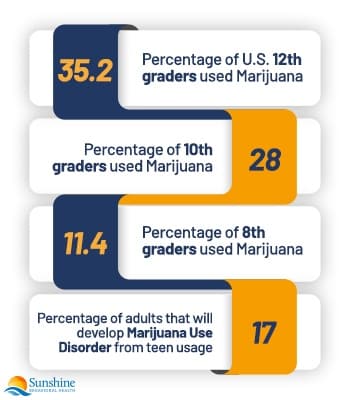 If you’re curious about how many teenagers use marijuana, you’re not alone. The 2020 Monitoring the Future Study stated that 35.2% of U.S. 12th graders, 28% of 10th graders, and 11.4% of eighth-graders claimed to have used marijuana in the past year.

During the teenage years, marijuana use can be particularly harmful. Statistics about marijuana show approximately 17% of the people who start using marijuana in their teens will eventually develop marijuana use disorder.

There are few studies on the effects of marijuana use in prepubescent children. Animal studies have shown delays in sexual maturity due to marijuana use, and it’s possible that these effects could occur in humans as well.

Studies show that approximately 18% of people who are unemployed have used marijuana in the previous month, but this does not necessarily mean that these people are living with marijuana use disorder.

Studies on marijuana use disorder show that Black, Native American, and mixed-race adults are more likely to experience the disorder than white adults. 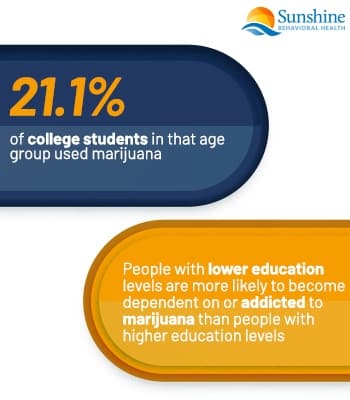 Marijuana use has never been higher among college students. It’s possible that the availability of marijuana vaporizers (vapes) has caused an increase in use on college campuses.

Driving Under the Influence of Marijuana Stats

While research has yet to pin down the exact effects of marijuana on driving ability, the Centers for Disease Control and Prevention (CDC) says that people who drive after using marijuana are 25% more likely to get into a car accident than people who drive sober.

States with the lowest rates of marijuana use include Mississippi, South Dakota, Texas, Louisiana, and Virginia, all with previous-year adult usage rates below 13%. 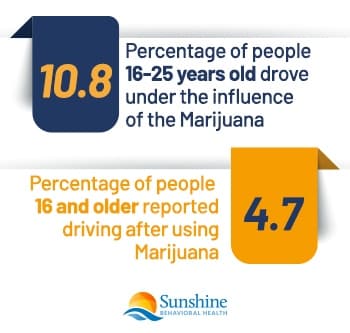 There’s an ongoing debate about whether it’s possible to overdose on marijuana. A coroner thinks it may have happened, while others say marijuana overdoses are highly unlikely.

While overdoses from marijuana alone are unlikely, it’s highly possible to overdose on a combination of marijuana and other drugs. Using K2 or spice — synthetic marijuana — has unpredictable effects and may be more likely to cause an overdose.

Statistics on Treatment and Recovery

Treatments proven most effective for marijuana use disorder include:

Research suggests that treatment is most effective when all three therapy methods are combined. 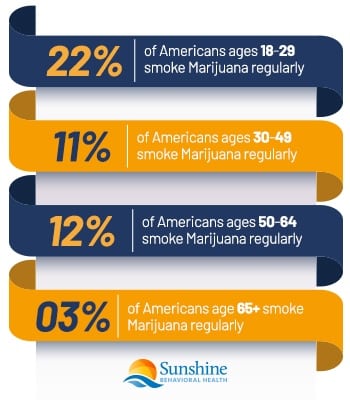 Marijuana Abuse Is Real, and Assistance Is Available

If you or a loved one are dealing with marijuana abuse or addiction, it can be tough to find the help you need to begin the recovery process. Learning some statistics about marijuana can be the first step to understanding the problem. Take a look at the following recovery resources to learn more about the support and programs available to help treat problems with marijuana.

The National Institute on Drug Abuse (NIDA) is a non\partisan government organization that works to inform the public of the dangers, symptoms, and treatments available for drug abuse. NIDA recognizes the reality of marijuana addiction and offers helpful information for both people suffering from marijuana addiction and their family members.

If you’ve recently realized that you or a loved one are dealing with marijuana addiction, it can be tough to know where to turn. The Substance Abuse and Mental Health Services Administration (SAMHSA)’s behavioral health treatment locator can help. This tool can show you addiction treatment services in your area and can provide the information necessary to help you narrow your search for treatment.

Addiction Science and Clinical Practice — Marijuana Dependence and Its Treatment

As you seek treatment for addiction to marijuana, you may hear some debate as to whether it’s possible to be addicted to a plant-based substance. This study provides valuable insight into marijuana abuse and addiction.