What Are Track Marks?

Intravenous (IV) drug use, such as heroin, may leave visual evidence at the injection site— bruising, scarring, discoloration, scabs—known as track marks. Tracks are caused by dirty, blunt, or repeatedly using needles that are in the same vein. Tracks may indicate a collapsed vein or infection. While it’s better to stop UV use, there are ways to avoid or minimize tracks and the damage they reveal. 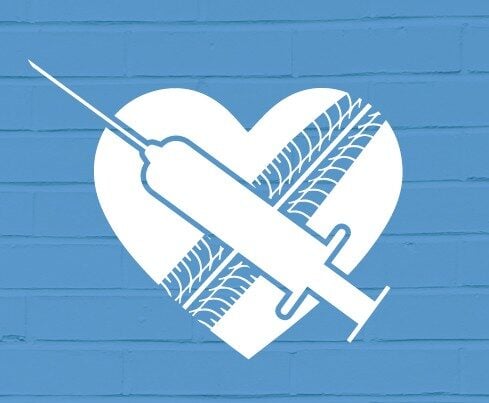 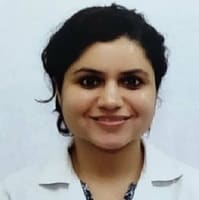 How to Tell If Someone Is Shooting Up

A wide variety of illegal drugs can be injected. These include heroin, cocaine, ecstasy, and PCP. When a person decides to “shoot up” it is referring to a person’s decision to inject the drugs with a needle directly into the body. This is known as intravenous (IV) drug use. IV drug use is extremely dangerous due to the abuser not being able to gauge the amount of substance being injected into their system, the quick effect, and the enhancement of the results. Individuals who use IV have a greater chance to accidentally overdose on a substance and die than people who use other methods.

In general, it can be difficult to tell if someone is using and abusing drugs. However, if someone is shooting up there will be physical signs on their body. The puncture wound scars and discoloration left behind from repeatedly using a needle to inject drugs is known as track marks. These marks are one of the leading physical signs that indicate a person is injecting drugs.

Physical Signs of IV Drug Use

Most drug addictions start with less direct methods of administration such as smoking, ingesting, or snorting illegal substances. As a person’s dependence grows they tend to resort to quicker acting methods such as IV drug use. Unlike the other methods of drug use mentioned above, there are many physical signs of IV drug use. These include, track marks, vein damage, and skin infections. These signs are more visible due to the use of needles needed to inject the drug into the body. With other methods of use, there is no need to puncture the skin.

Track marks are scars and increased pigmentation that develop along the veins of someone who repeatedly injects a drug into the same spot. These marks can be found on a person’s arms, legs, or any other part of their body. The most common places, heroin track marks are found are on a person’s forearms because they can be easily accessed and hidden.

Vein damage is a major indicator of IV drug use. Most commonly the medial vein (vein in the middle of a person’s forearm) in a person’s nondominant arm is the vein used for injecting the drug. Vein damage from IV drug use happens when a person repeatedly injects into the same vein causing scarring. The use of blunt needles and severe chemical irritation associated with additives found in some drugs also can result in damage to a person’s veins. If a forearm vein gets stiff or too painful from damage, individuals who inject drugs will use veins on their hands, feet, ankles, groin, and even large veins on the neck. The veins that are frequently used will have increased pigmentation and scars on them. These track marks make the individual easy to identify as being a drug user.

Often individuals who shoot up have a favorite vein they like to use. Continued use of injecting into the same vein can cause infection. Skin infection is another sign of IV drug use. Skin abscesses are often found on individuals who shoot up. Skin abscesses are collections of pus and are formed due to contaminants, unhygienic injection practice, frequently injecting the same site without allowing time for the skin to heal, or injecting into the soft tissues outside the vein.  Other skin infections are skin ulcers, cellulitis (red, swollen, tender skin, accompanied with a fever), and septic thrombophlebitis (an infection of a blood clot in a vein, may be life-threatening). The physical results that a person has developed a skin infection are swelling due to a blocked vessel, swollen lymph glands, dark pigmentation on the skin of the affected area, and scarring.

Drug injection equipment like needles, syringes, and other paraphernalia are widely shared among IV drug abusers and they rarely take the appropriate steps to sterilize the injection equipment. Needle sharing often occurs because it fulfills both practical and social functions. Practical reasons for needle sharing are that sterile needs are not readily available in the United States unless a person has a prescription. Therefore, individuals who use IV often fear arrest so they typically do not carry their needles with them. Upon receiving their drugs they often feel a sense of urgency to inject using whatever equipment is at hand in order to avoid police detection. Social reasons for needle sharing are to reflect trust and show camaraderie.

Needle sharing leads to the potential for infections like bloodborne diseases such as Human Immunodeficiency Virus (HIV), Hepatitis B Virus (HBV), and Hepatitis C Virus (HCV). It also can lead to various skin infections from using a non-sterile needle as well as clogged blood vessels. Clogged blood vessels can lead to blood clots in various parts of the body which can be deadly. According to the Centers of Disease Control and Prevention, people who inject drugs accounted for 9% (3,641) of the 38,739 diagnoses of HIV in the United States. Also, in 2016, 4,929 people who injected drugs and were diagnosed with HIV died in the United States. These facts show that needle sharing has the potential to be deadly if proper precautions are not taken.

Individuals who inject drugs have the unique challenge of hiding their track marks. Due to the social stigma attached to injecting drugs many users try to hide their track marks. Most people who inject drugs tend to start with areas of the body that are discrete like their forearms. After repeated injection into those veins, they become damaged and painful to use. This leads individuals who inject drugs to resort to using other areas of the body such as neck, groin, hands, feet, and face. Once the person starts using more visible parts of the body such as the hands and face, they become more likely to try to cover it up. This is often done with clothing such as long sleeves, long pants, turtle neck shirts, and gloves. Individuals will also use make-up or even more permanent methods such as tattoos to cover their track marks.

If you or a loved one is struggling with a heroin addiction, you should know that there is help. A high-quality rehabilitation center might be just what you need to get started on the road to recovery. These facilities offer a wide variety of treatment options to meet the needs of each individual.

Stephen Bitsoli received his degree in English from Wayne State University in Detroit. The Michigan native is a professional writer and guest blogger and was a journalist for more than ... Read More

Dr Harshi is a licensed medical doctor with specialization in Pathology. She is currently employed as faculty in a medical school with tertiary care hospital and research center in India. ... Read More