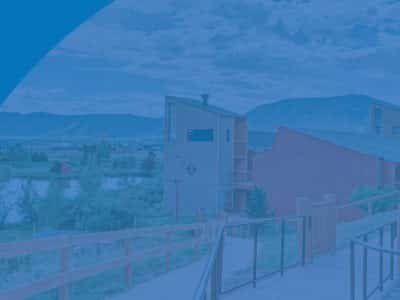 Brown heroin is typically sourced from Southwest Asia, has a light brown to dark brown color, is odorless, and is used in the United States because it is cheap and easily accessible.

The color of heroin can vary depending on where it is sourced from and its purity. Heroin can come in three forms, brown powder, black tar, and white powder. White heroin is the purest and most expensive. Black is the least pure and least expensive. Brown heroin is somewhere in the middle for cost and purity which makes it the most desirable for many people looking to abuse the drug. Black and white heroin are typically sourced from Mexico and Southwest Asia. Brown heroin can come from any of the source regions but typically is from Southwest Asia. Common street names for brown heroin are brown, brown sugar drug, Mexican mud, brown crystal, brown rhine, and dirt.

Depending on the geographical region of where the heroin is coming from the brown color may vary. Brown powder heroin from Southwest Asia generally looks like coarse powder and does not dissolve great in the water. This brown heroin does, however, heat up well. Colombian heroin usually comes in a light brown color. This heroin is powdered and dissolves well in water. Mexican heroin can look dark brown. It can be solid, vaporizable, and consists of low purity.

Historically, the eastern United States has been supplied with Colombin-sourced powder heroin. This heroin is a light tan to medium brown powder that is easily dissolved in water and readily mixed with other substances. In solution, this heroin looks dark brown or like iced tea. In the western United States, powdered heroin is a dirty brown color and most likely sourced from Mexico.

According to a recent study published in 2017 that interviewed heroin users in Philadelphia and San Francisco, heroin in Philadelphia was found to have no smell or smell of whatever it was cut with. (Cutting means adding other substances to heroin such as baking soda and sugar to either enhance or dilute the effects depending on the substances added.) A few other participants in the study mentioned their heroin had the smell of opium, chemicals, cat’s piss, kitty litter, and vinegar. One of the participants mentioned that if heroin smells like vinegar it means that it is highly adulterated. In other words, heroin that smells like vinegar is of low purity or garbage.

Due to the consistency of brown heroin, it is generally used by people who want to insufflate (snort) or inject heroin. Brown heroin is also the ideal type of heroin for many people looking to use heroin because brown heroin is cheaper than white heroin but purer than black heroin. Another huge contributor to the popularity of the drug is its availability. A recent study in 2014 found that 94 percent of people who were in treatment for opioid addiction said they used heroin because prescription opioids were “far more expensive and harder to obtain.” With that being said, the United States market has been dominated by Mexican and Colombian heroin sources. This makes brown heroin easily accessible and very favorable for many people looking to abuse the drug. Also, the study mentioned that heroin abuse has changed over the last 50 years. Predominantly, heroin use was associated with low-income areas with a large minority population. Now, heroin use is being seen in affluent suburban and rural areas with primarily white men and women in their late 20s.

Brown heroin is just as addictive as any other form of heroin. Heroin is categorized as an opioid drug that is made from morphine. Heroin, once inside the brain, binds to the opioid receptors involved with feelings of pain and pleasure as well as controlling heart rate, sleeping, and breathing. Upon regular use of heroin, tolerance is developed causing a person to become addicted and need a higher and more frequent dose of the drug to get the original effects. Increasing one’s dose and frequency of the drug can lead to an overdose which can be fatal.

Luckily, there are a wide variety of treatments available for individuals wishing to overcome their brown heroin addiction. Individuals wishing to recover from their addiction can choose to go to inpatient or outpatient rehabilitation clinics to get the proper support and care for their unique needs. Treatments available for individuals recovering from heroin addiction include medicine and behavioral therapies.

Certain medicines that are available to help overcome heroin addiction are naltrexone, buprenorphine, and methadone. Lofexidine is prescribed to help reduce opioid-related withdrawal symptoms. Other medications that can help are buprenorphine and methadone which bind to the same receptors that heroin would in the brain to reduce cravings and withdrawal symptoms. Some of the behavioral therapies available are cognitive-behavioral therapy and contingency management. These behavioral therapies work to change a person’s maladaptive thoughts that are associated with heroin use. This enables a person to obtain a more positive view of oneself and engage in a healthier lifestyle.