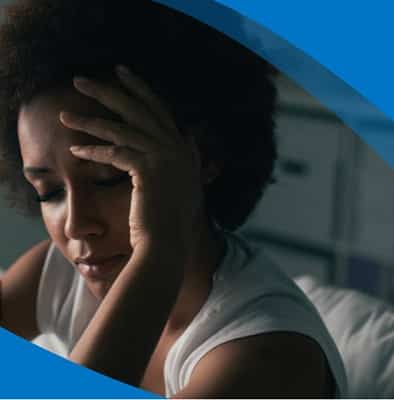 Oxycodone is a well-known painkiller that is highly potent when injected. Nevertheless, injecting oxycodone should only be done with the assistance of healthcare professionals. Understand what happens when you shoot oxycodone, the potential dangers of continued misuse, and how to get help.

Oxycodone is a specific type of drug under the class of opioids. These substances are used to treat moderate to severe pain, especially when other types of treatment aren’t as effective. However, since one of the side effects of oxycodone is a sense of relaxation and having pleasurable feelings, people are reminded to only take them as directed.

However, there are some who develop a habit of using oxycodone by crushing the tablet or removing the liquid of the capsule, and injecting them in the body. In other words, these individuals are shooting up oxycodone, which bypasses digestion and brings about faster effects.

It is typically assumed that injecting any type of drug can be quickly processed by the body when they are taken through intravenous means. We can see this when patients are given pain medications that needed to take effect right away, such as epidural, pre-surgery anesthesia, or dental injections.

The same principle goes with using the oxycodone painkiller. Many people wonder, “Can you shoot oxycodone?” Although the drug comes in the form of tablets and capsules, people try to bypass the ingestion process to make the drug enter directly in the bloodstream.

What happens when you shoot painkillers?

Any drug that is injected enters the circulatory system as soon as possible. As the blood vessel carries out the substance, the main organ it can affect is the brain. The substances contained from the painkillers bind with opioid receptors, which trigger the release of dopamine.

The brain chemical dopamine is what’s responsible for the numbing out of pain sensations, pleasurable feelings, and a sense of relaxation. This heightened release and quick effects of injecting painkillers is what causes habit formation, and eventual drug abuse. Injecting painkillers should only be done with the advice of physicians, and administered by healthcare professionals.

Painkillers and IV use

As mentioned, there are several reasons why painkillers should only be taken intravenously with expert advice are the effects and risks that surround it. There are special cases when patients cannot swallow oxycodone tablets or capsules, and this is when IV painkillers are provided.

However, this process requires a high level of sophistication in order to be done safely and effectively. Without professional care, shooting painkillers can:

People often ask, “Can you shoot up oxycodone?” without thinking thoroughly about its possible effects. As we previously mentioned in summary the potential dangers of shooting painkillers, there also exist the effects that may happen when you inject oxycodone and other opioids. These include:

How painkillers affect the brain

Now that we have understood the potential risks and effects of shooting up oxycodone and other painkillers, it can also help to understand the process of how these substances enter and affect the brain. The awareness of this process may help us to know how drug misuse develops and to eventually make informed choices on how to stop a developing addiction.

What happens when you shoot oxycodone?

The drug enters the bloodstream

The drug is injected directly into the blood vessels. Thus, the drug-infused blood passes through the other vital organs until it reaches the brain.

Painkillers such as oxycodone bind to the brain’s opioid receptors, which trigger the release of the brain chemical dopamine. Take note, that dopamine can be released in other ways naturally. However, the use of painkillers triggers a high amount of dopamine release, which is multiple times more potent compared to natural means.

The chemical release blocks out pain and slows breathing. It gives relaxation, and provides a sense of pleasure and well-being. The higher the dosage, the increased intensity of these effects tend to happen.

When taken in the right dosages, painkillers can be beneficial. However, when one injects oxycodone and other opioids without professional advice, this mechanism triggers an addiction that causes negative health effects.

Risk Of Overdose And Addiction

Perhaps the biggest risk that one should pay attention to when shooting up oxycodone is its potential for overdose and addiction. These two risks are known to cause the bigger umbrella of physical and psychological health effects, and even cause death when medical intervention isn’t provided.

Individuals who have the habit of shooting up drugs tend to use more than a single tablet or capsule, as the effects are quick and habit-forming. Thus, taking more oxycodone than the recommended dosage leads to overdose. Signs of overdose include the following:

When you notice these signs, do not delay seeking emergency help. Unattended overdose can cause brain damage, organ failure, and death.

Developing an addiction is also highly likely when one attempts to inject painkillers. As their effects are more pronounced and faster than the oral route, tolerance, and dependence to the drug develops. Some signs of oxycodone addiction may be:

Shooting Up Oxycodone? It Isn’t Too Late For Change

If you or a loved one is having an IV drug addiction problem or any kind of substance abuse disorder, know that there is help available for you. It may be a confusing time, or you aren’t sure where to start. Here are some solid steps you can take to get the best kind of help with drug addiction.

Contacting a high-quality rehab center is a great idea to get started. They have addiction specialists that will guide you step by step through the process of evaluation, getting checked in for rehab, and other resources you may need during the whole intervention. Additionally, they will also help you verify your insurance to make you feel secure about financial matters.

When you are at the initial stage of getting checked in for rehab, there are some things you need to prepare beforehand. For example, you may need to inform school administrators if you are studying. Working individuals may need to inform their employers. You are also entitled to certain rights and privileges related to your occupation as you go for inpatient rehab.

Get support from family and friends.

It is helpful to have pillars of support during this time of transition. Let a trusted family member, a friend, or a significant other know about your decision to go to rehab. They can provide moral support or even financial help as you venture towards this life-changing path.

Perhaps you’ve arrived at this post thinking if it’s possible to shoot up oxycodone and other opioids. Now that you’ve seen its potential dangers, understand that it isn’t too late to get a fresh start. By taking a bold step towards addiction recovery, you are taking control of your life for the better.