Contact us to schedule a stay at our Smoker-friendly rehabs.

Contact us to schedule a stay at our Smoker-friendly rehabs.

Learn about Our Covid response

Now that you have decided to undergo drug rehab to help you address your addiction, you may be wondering whether it is possible to smoke inside the rehab facility. We do understand this concern as it may look like drug rehab centers have already banned smoking because it is an addictive substance.

Luckily that is not always like that. There are several facilities that permit smoking. Some people feel that they need to smoke tobacco to calm them down during the duration of treatment, and this is still possible.

Can you Smoke Cigarettes During Drug Rehab?

Family members bringing cigarette packs to their loved ones in a rehab center is a common occurrence. This is because they believe that smoking will offset the stress that one experiences while trying to fight off their cravings for alcohol or drugs.

In the United States, there is no law that prohibits smoking in private rehabilitation centers. This is why smoking in rehab facilities is more common. The rules and guidelines approved by health organizations that prohibit smoking in rehab facilities will only be deemed effective in rehab centers that are publicly-funded. On the other hand, rehab centers that are funded by private individuals are only bound to follow their very own regulations.

They are not required to follow what public health organizations have agreed. But, if federal and state guidelines dictate that the smoking ban must be implemented in all rehab centers, regardless of whether they’re private or public, private rehab centers have the duty to adhere to it.

The Centers for Disease Control and Prevention says that there is still 15.1 percent of Americans that continue to smoke. Out of this percentage, 75.7 percent of them smoke each and every day.

Smoking cessation policies are so rare in many drug rehab facilities in the U.S. Survey shows that only one out of ten facilities claimed that they have a total smoking ban in all the grounds of their facility. And that means 90% allowed smoking within their facility.

Among drug rehab facilities and treatment centers, it is rare to hear about total smoking bans. One research discovered that only 1 in 10 rehab centers responded (that is equivalent to roughly 60 percent of all the clinics based in the United States) to the survey, completely banned smoking in their facilities.

Some people may not understand why this type of practice is being implemented in drug rehab facilities. But this actually helps support the recovery of addicted individuals. Those who are undergoing treatment may experience a lot of stress and tension and smoking serves as their alternative. It helps relieve some of the unpleasant feeling associated with drug rehab. While it is clear that smoking has negative effects on our health. For recovering patients, it helps them concentrate on their rehab and eventually overcome drug addiction.

Do rehabs allow smoking? Many rehab centers allow smoking. But you won’t find many in New York. In the U.S., New York was the first state to prohibit smoking in all addiction rehabilitation facilities. This regulation is aimed at encouraging addiction rehab facilities to create programs that help people recovering from addiction to also get rid of their smoking habit.

In the study, there was a decrease of 7% in client smoking. However, this also affected the levels of methadone usage or programs, and the smoking prohibitions were also negatively perceived.

The aim of this experiment was to curb the tendencies towards smoking of people who have addictions. This study also shows tobacco use, repeat addictions and deaths related to cancer are common in people with drug addictions.

A study conducted reveals that banning smoking and use of tobacco in treatment facilities leads to higher risks of a patient dropping out. A clinic in Ohio proved this by conducted a test. They implemented a full smoking ban, not only for the patients but also for the staff. The result, the success rate of the facility dropped from 70% to 42%.

This is a big percentage difference however there are also other factors that can be considered that may affect the drop-in success rate. Although the smoking bans are effective in improving the environment of the recovering individual, we must also take into account the effects of banning it in the success of the treatment.

What we see here is that recovering individuals are using tobacco smoking as a replacement for addiction to more dangerous substances. Since drug addiction is a type of behavior that compels the addict to perform repetitive activities, smoking seems effective in replacing that activity.

We are told of the negative effects of smoking on our health and that it can lead to death and there’s no arguing about it. Most addicted individuals are also aware of these negative effects. This is also supported by scientific researches and evidence. Despite the facts, many are still allowing the use of cigarettes in rehab facilities because of the concept of eliminating addictive substances in the body one step at a time.

Evidence from several studies conducted point to the fact that smoking damages the brain chemistry much like alcohol does. The damage caused by alcohol use disorder affects the frontal and parietal cortices of the brain. But, with sustained abstinence, this damage can be partially reversed.

Cigarette smoking and alcohol use disorder often go hand in hand. Continued smoking during alcohol addiction recovery will slow down the process of brain healing. Experts found out that smoking cessation done simultaneously with quitting alcohol can increase one’s chances of being able to maintain their sobriety.

Findings from a study conducted in 2004 which were published in the Journal of Consulting and Clinical Psychology revealed that quitting nicotine during recovery from other substance abuse increased an individual’s chances of long-term abstinence for as much as 25 percent.

Making the Smoking Cessation Possible During Recovery from Addiction

When you eliminate the habit of smoking, you are also removing any psychological triggers from your own system that drive you to succumb to other forms of substance abuse. When trying to recover from your addiction and at the same time stop smoking, forget that “it’s hard to cope” mindset that prevents you from quitting smoking. Instead, empower yourself with several healthy coping mechanism tools that will make your recovery process a lot easier and less stressful.

With the help of your physician and counselor, consider employing effective types of therapy to help you with this journey towards a life free from addiction.

Reach Out To Us To Learn More

If you want to undergo rehab but worried that you will also have to cut smoking during the treatment, you may contact us to find a facility that will fit your needs. Achieve long-term recovery with our help, finding a rehab for you shouldn’t be an issue.

Do not allow COVID-19 to stop you from seeking the care you need. 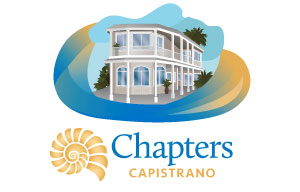 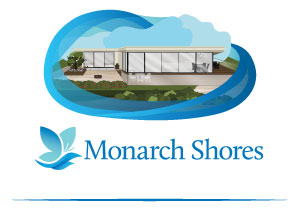 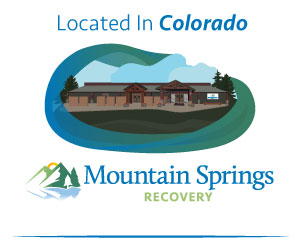 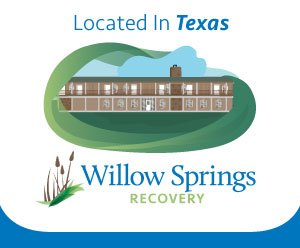