A Guide to Laughter Therapy

Laughter therapy can be a key to healing depression, anxiety, and other mental health disorders. It also can ease physical ailments. Laughter therapy has various types, and patients can show improvement within a few sessions. 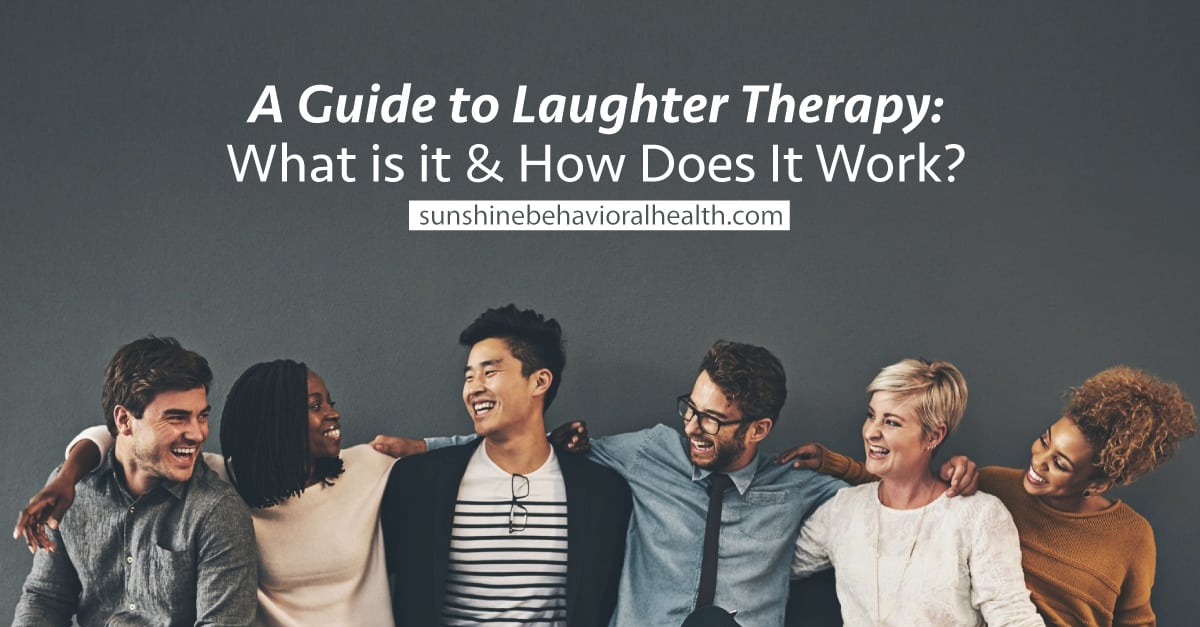 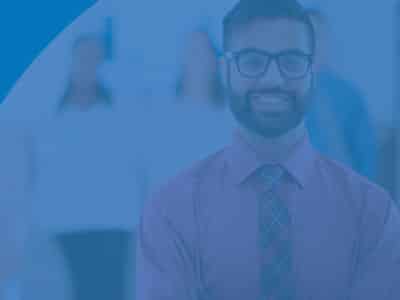 We’ve all heard the axiom, “Laughter is the best medicine.”  In many mental health situations, laughter is a key to healing emotional and psychological problems. It can also ease physical ailments and pains, improve outcomes and symptoms of some diseases, and aid people, especially the elderly, to stay mentally sharp.  Laughter therapy uses humor to help improve a person’s sense of health and well-being. Laughter helps patients to release anxiety, anger, and boredom and get along better with other people. When used by a trained therapist, laughter can enable patients to resolve issues quickly.

Laughter therapy has existed for centuries. In the 14th century, a French surgeon, Henri De Mondeville, believed that patients benefited from having relatives and friends visit them to tell jokes. In the 16th century, two clergymen — Robert Burton and Martin Luther — used humor when working with depressed people. Herbert Spencer, a sociologist, used humor to aid in relaxation in the 17th century. In the 18th century, the English doctor William Battie used laughter to treat illness.

In the United States, laughter therapy began to gain popularity during the 20th century. During the polio epidemic in the 1930s, hospitals hired clowns to cheer up sick children.   Dr. Hunter “Patch” Adams established the Gesundheit Institute in 1972, a hospital dedicated to spreading humor and joy to patients. In 1979, Norman Cousins, a political writer, published a book, Anatomy of an Illness, in which he described how humor helped him fight a potentially fatal disease.

Dr. William F. Fry, a Stanford University psychiatrist, studied the physiological effects of laughter in the 1960s and is considered the father of gelotology. Gelotology comes from the Greek word “gelos,” meaning laughter, and refers to the science of laughter. In his studies, he discovered that laughter can decrease the risks of respiratory infections and can cause the body to produce natural painkillers known as endorphins.

Humor and Laughter As a Therapy Tool

Humor and laughter are often used interchangeably, yet they have slightly different definitions. Humor refers to the stimulus, such as a joke, that evokes laughter. Laughter is a physical reaction characterized by facial expressions, a sound, and the contraction of muscle groups. Laughter is of five types: genuine or spontaneous, self-induced or simulated, stimulated, induced, and pathological. Pathological laughter is related to a disorder and is not a therapeutic tool.

Evidence suggests that primary care physicians could improve patients’ wellness by having a short conversation to determine what makes them laugh and then write a laughter prescription tailored to the patient. For example, they might prescribe for the patient to watch their favorite sitcom once a week with the aim of the patient belly laughing. A prescription for group laughter sessions, which could include anything from attending a show at a Comedy Club to a laugh yoga session, might also help promote overall patient physical and mental health. 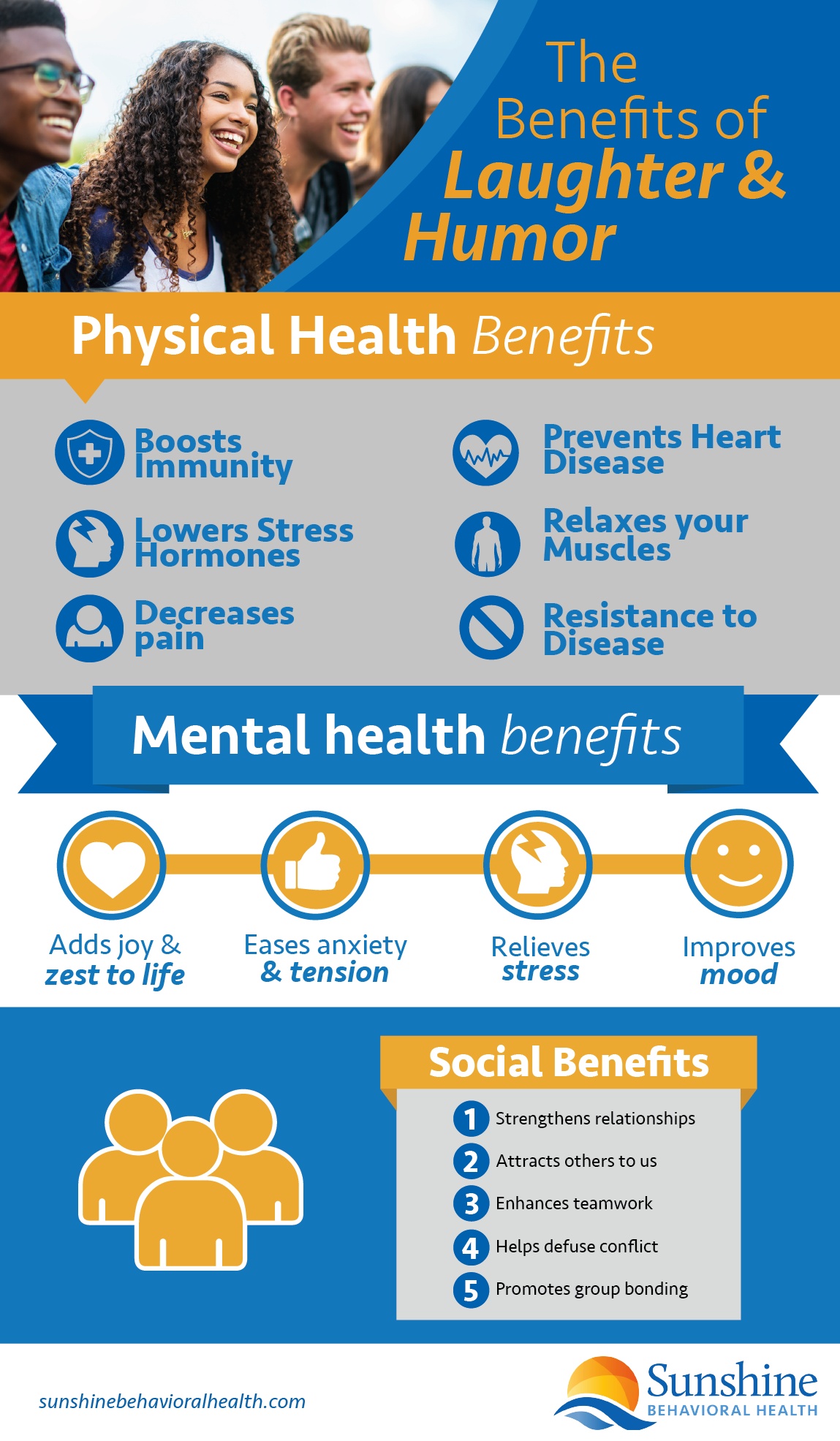 Laughter causes the release of several hormones and chemicals in the body that improve health. These include

Researchers also believe that laughter therapy may relieve symptoms of neurological diseases, including Parkinson’s disease, amyotrophic lateral sclerosis (ALS), and muscular sclerosis. Laughter does this by helping to strengthen the muscles used to breathe, lift moods and relieve pain and stress.

Research in Japan has also shown that mothers’ laughter may help treat infants with eczema. Another Japanese study from the Foundation for Advancement of International Science showed that laughter decreased levels of a protein involved in the progression of diabetic nephropathy. Diabetic nephropathy occurs as a result of diabetes and is the leading cause of kidney failure.

Laughter-inducing therapies are being applied more regularly within the last 10 to 15 years to treat many mental illnesses and disorders. These therapies can be cost-effective as the main therapy or when used in conjunction with other therapies. Some of the significant benefits laughter provides to mental and intellectual health include: 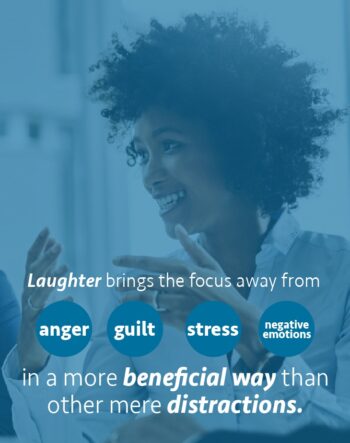 Humor therapy involves group sessions that use funny books, TV programs, stories, movies, or cartoons to stimulate laughter. Simultaneously, the therapist encourages participants to discuss their humorous experiences and think about what made them seem funny to them. A challenge of this type of therapy is finding material that everyone in the group finds funny since taste for humor is personal and also can be cultural.

Another form of therapy is one in which the clinician will find the clients’ specific ‘laughter triggers.’ The clinician then builds a humor profile and teaches the patient basic exercises that help stress the importance of relationship and social support while using laughter as a tool to help them deal with emotional stress.

Laughter meditation is similar to traditional meditation; however, the goal is to achieve laughter and to focus on the moment. The process involves stretching, laughing, or crying along with a meditative silence. For some, laughter helps to relieve stress and free the mind. It also can serve as a bridge to help them go more in-depth into inner silence and stillness. While some people find this helpful, others struggle to produce laughter without stimulation.

Laughter yoga or Hasya yoga (from the Sanskrit for laugh) is similar to its traditional counterpart and includes a combination of breathing with yoga, stretching, and laughter. Laughter exercises typically last about 30 to 45 minutes.  One of these exercises is a greeting in which participants walk to others in the room with hands pressed in Namaste and laugh, looking into the other’s eyes. Another is lion laughter. Practitioners thrust out the tongue, widen the eyes and stretch the hands out like claws while laughing. With silent laughter, practitioners open their mouths wide and laugh without making a sound. They then look into other people’s eyes and make funny gestures.

Clapping, dancing, child-like play, and vocalizing laughter-like sounds such as “hoho-hahaha” are other ways to obtain the benefits of laughter without using humor.

While not necessarily an official laughter therapy, research suggests that participating in improvisational comedy, or comedy skits acted without a script, also is therapeutic.

How Much Laughter Therapy Is Needed?

Researchers have documented benefits when patients participated in as little as 15 minutes a day of laughter therapy over several months, although longer sessions two or three times a week yield equal benefits.

The duration of the laugh is not as important as the reason behind it. Joyous, merry laughter, as opposed to nervous laughter, is the healthiest. Laughing is non-invasive, non-pharmaceutical, and has no adverse side effects, so laughing as often as possible is a good idea.

Hearty laughter is a gift, wrote Cousins whose laughter helped heal him.  Claiming that gift of hearty laughter, whether guided by a therapist trained in healing for a specific mental health issue or done on your own, can improve life quality and duration.