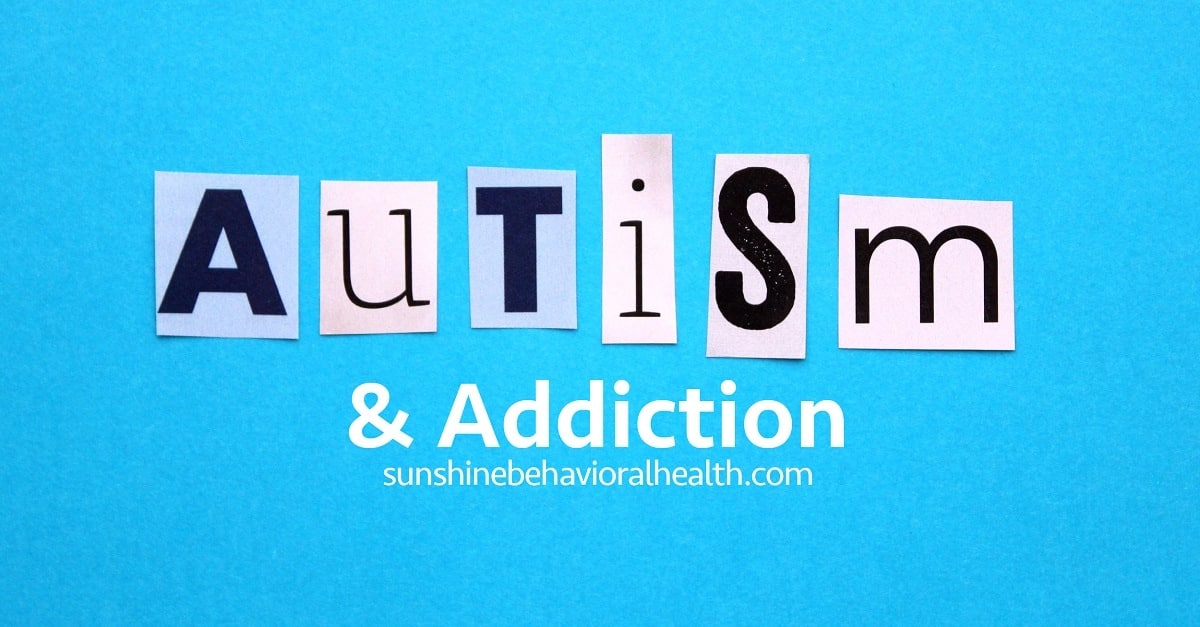 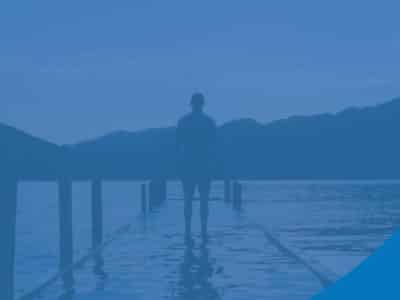 Autism, also known as autism spectrum disorders (ASD), is a disorder that affects how individuals perceive, understand, and interact with the world.

Usually diagnosed in early childhood, autism afflicts many thousands of American children—an estimated one in 54 8-year-olds, according to one Centers for Disease Control and Prevention analysis—but it’s not one-size-fits-all. Its severity differs from person to person.

One contributing factor can be a co-occurring disorder, such as anxiety or substance abuse.

At one time it was widely believed that people with ASD could not develop a co-occurring substance use disorder (SUD), such as alcoholism or drug addiction.

Now, researchers find that—at least when the ASD is of a mild form—addiction may be even more likely than for people with no autism symptoms.

Autism is a neurodevelopmental disorder characterized by impaired social skills, and sometimes by language and intellectual skills as well. At its worst, autism prevents a person from living a normal, independent life.

According to the American Psychiatric Association’s authoritative Diagnostic and Statistical Manual of Mental Disorders (DSM-5), to meet its Autism Diagnostic Criteria, there must be persistent deficits in communicating with, interacting with, and forming emotional connections with other people. Lifelong care may be necessary.

In the 1988 film Rain Man, Dustin Hoffman portrayed a man with autism who, although he was also a savant—as are 1 in 10 people with ASD—could not take care of himself.

One in 45 American adults—2.2% or 5.4 million—has autism. Sometimes autism isn’t diagnosed until adulthood. 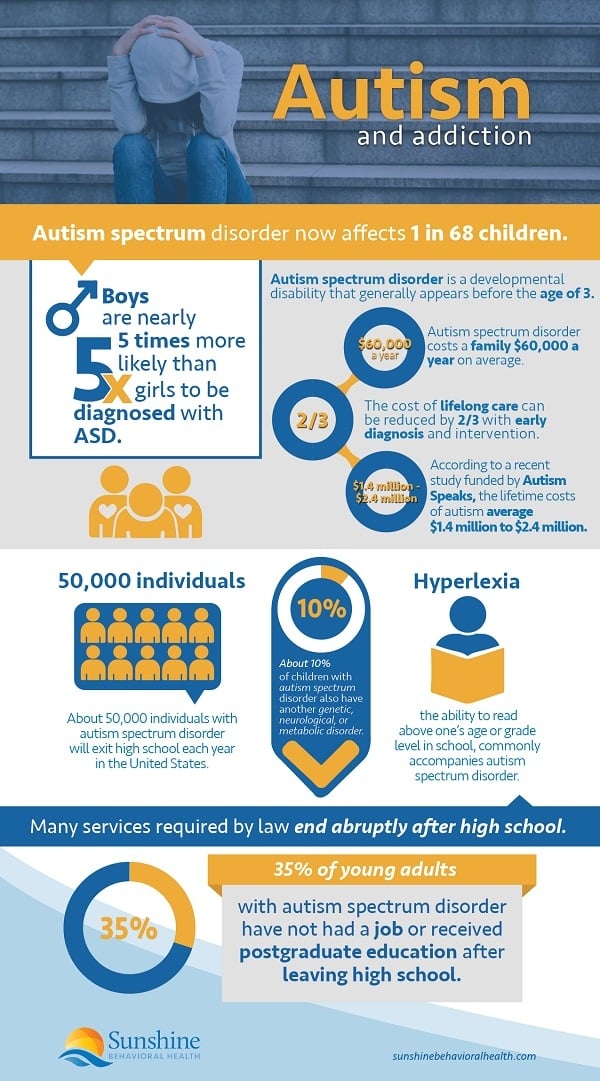 The signs that someone has autism may differ based on severity and age. Some signs of autism may include a person who

Some ASD symptoms are obvious, such as flapping your hands like a bird. These are “stimming” or self-stimulation behaviors, and people with ASD aren’t the only ones who do them.

The reason for stimming is to calm oneself, reduce feelings of anxiety, and vent frustration. Biting your fingernails, drumming your fingers on the table, tapping your foot, and whistling are common stimming behaviors that anybody might engage in. These behaviors may occur more often and continue longer in people with ASD.

With ASD, people either continue these behaviors without regard to how they disturb the people around them or engage in more extreme behaviors such as rocking back and forth, staring at fans or lights, compulsively rearranging objects, or banging their heads against the wall and other self-damaging behaviors.

While the most severe cases of autism seem to be on the decline, the total number of reported cases is on the rise. That’s because the definition of autism has expanded.

Once autism was considered a monolith and represented the worst-case-scenario: nonverbal, unable to read or write, engaging in repetitive motions, and even violent.

The term autism was coined in 1908, but the condition was first widely studied in the 1940s. A milder version of autism, without the language or intellectual deficits, was studied by Hans Asperger and eventually dubbed Asperger syndrome (or Asperger’s).

As autism study ramped up in the 1970s and ’80s, researchers realized autism was a spectrum, some people had milder symptoms and some much more severe. The disorder became subdivided into a few main types:

A couple of related disorders included:

High-functioning autism is not a scientific designation but is commonly used to describe someone who has some signs of low-level autism but functions normally, often better than normal.

Some people with autism and doctors still use these terms, but in 2013, the American Psychiatric Association’s authoritative Diagnostic and Statistical Manual of Mental Disorders (DSM-5), eliminated them.

Autism was changed to autism spectrum disorder (ASD), and the types were replaced with three levels of severity, with Level 1 the mildest. Asperger syndrome was folded in as part of the spectrum.

Now, although there hasn’t been a new DSM, even these levels have been mostly abandoned, with autism as a wider spectrum, with individuals falling at various points along that spectrum. That point is determined by the number and severity of symptoms or signs.

Despite a flawed 1998 paper in The Lancet and the claims of anti-vaxxers, there is no evidence that children’s vaccinations in any way cause or increase the likelihood of developing autism, and plenty of evidence to the contrary.

The most likely cause seems to be genetics, but that is probably not the only risk factor. Although it does run in families, it doesn’t mean that the child of a person with ASD will necessarily have it:

Environmental factors, such as the mother or the child being exposed to dangerous chemicals, may also contribute, but there hasn’t been enough study to say how much.

Despite well-done and fairly accurate (if not always typical) portrayals of autism in the media, many people still have misconceptions about ASD. Among the most glaring are:

While attention-deficit/hyperactivity disorder (ADHD)—which often co-occurs with ASD—is a contributing factor to violence, a University of Bristol study found that when the individual also had ASD, the likelihood of violence decreased.

It’s not a problem with feeling; it’s a problem with learning. A lot of communication is nonverbal. It’s learning to pick up on social cues, body language, knowing what the right response is for a given situation. Don’t assume they are rude. People with autism may not be able to read those cues. 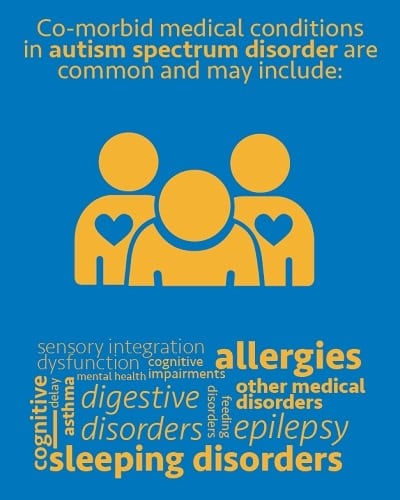 Substance abuse is another self-stimulating behavior not solely used by people with ASD. The “substance” can vary from alcohol, prescription medications such as opioids or stimulants, and illegal drugs such as cocaine, heroin, and fentanyl.

Addiction is “the most severe form of substance use disorder” (SUD), according to Facing Addiction in America: The Surgeon General’s Report on Alcohol, Drugs, and Health (2016), as well as “a chronic brain disease.”

Initially used for pleasure or legitimate medical reasons, substance use can short circuit, hijack, and rewire the brain’s reward system until the substance must be taken to avoid painful withdrawal.

While some see addiction as a moral failing, the surgeon general’s report states that it has no more to do with morality than other chronic illnesses such as high blood pressure, heart disease, diabetes, or cancer.

Links Between Autism and Addiction

At first glance, addiction and autism wouldn’t seem to be connected. Addiction normally develops in the teens or early 20s. ASD usually is diagnosed at a much younger age, as early as 18 months.

Sometimes, however, the symptoms of autism are overlooked until the teens or adulthood. One person with ASD wasn’t diagnosed until his mid-30s, at which time he was struggling with addiction. That missing information helped to explain his addiction.

Until recently, most researchers believed that people with autism rarely became addicted because:

That belief—based on “limited and ambiguous empirical data”—now seems to be very wrong except in the most severe cases.

According to a Swedish study, when people with ASD have average or better intelligence—that’s 70% of them—they may be twice as likely to have a SUD as their peers. The likelihood is even higher for people with ADHD.

Like autism, addiction also has a genetic component. The best evidence now suggests that there is a biological predisposition towards addiction. That’s why some people can have one drink and stop while others feel compelled to continue until they pass out.

Another similarity is that, like addiction, there is no cure for autism spectrum disorder. The goal of autism treatment, therefore, is living with the symptoms of ASD. Treatment must be ongoing, probably for life (barring new medical or psychological breakthroughs). Early intervention—by age 3 or earlier—has the best results.

When an individual has both a substance abuse problem and another physical or mental health issue, it is called a dual diagnosis or a co-occurring disorder. Between 40% and 60% of SUD cases have a dual diagnosis, which complicates treatment and may lead to relapse.

The rates for autism are similar. About 45% of people with ASD also have another mental health issue.

One of the main reasons that such disorders co-occur is self-medication. For example, when people have an undiagnosed mental health issue, they may discover that drinking alcohol, smoking marijuana, or taking opioids or stimulants might make them feel better, at least temporarily.

Alcohol and other substances can also reduce social anxiety, making it easier for people to open up and relax.

Some of these treatments are similar to treatments for substance use disorder, though not identical. What helps treat SUD may not be viable for someone with ASD.

One of the main treatments for autism is medications. Even though there is no cure, many of the symptoms of ASD can be controlled, such as anxiety, stress, depression, and even some obsessive-compulsive and repetitive behaviors.

Perhaps due to the perceived difficulty of their becoming addicted, as many as one-third of people with ASD in the United Kingdom are prescribed psychotropic drugs—drugs that affect “behavior, mood, thoughts, or perception”—and it may be as high as two-thirds in the United States, based on a 2014 study. Ten percent may be prescribed more than one medication.

Researchers estimate, however, that 14% of people with ASD are prescribed psychotropics when there are no co-occurring disorders.

One hallmark of the addiction rehab movement has been the peer support group, most famously Alcoholics Anonymous.

While not a complete or scientific treatment, such peer support groups allow people with addictions to interact with others who also have addictions. They offer moral support, a nonjudgmental ear, and advice by example.

Everyone who attends the peer support group meetings is encouraged to share their life story, to recount how they faced temptation but remained sober another day. They learn from older members who have remained sober longer, who may even sponsor them as a mentor or friend. It’s a safety valve and classroom.

People with ASD may not function well in such settings. Autism support groups are mainly for parents and other family members of people with autism.

Other Treatments for Autism

Although there is no single recommended treatment, the main treatments are behavioral, psychological, and educational therapies, including:

Safety Bed for Children and Adults– Designed for individuals with Autism