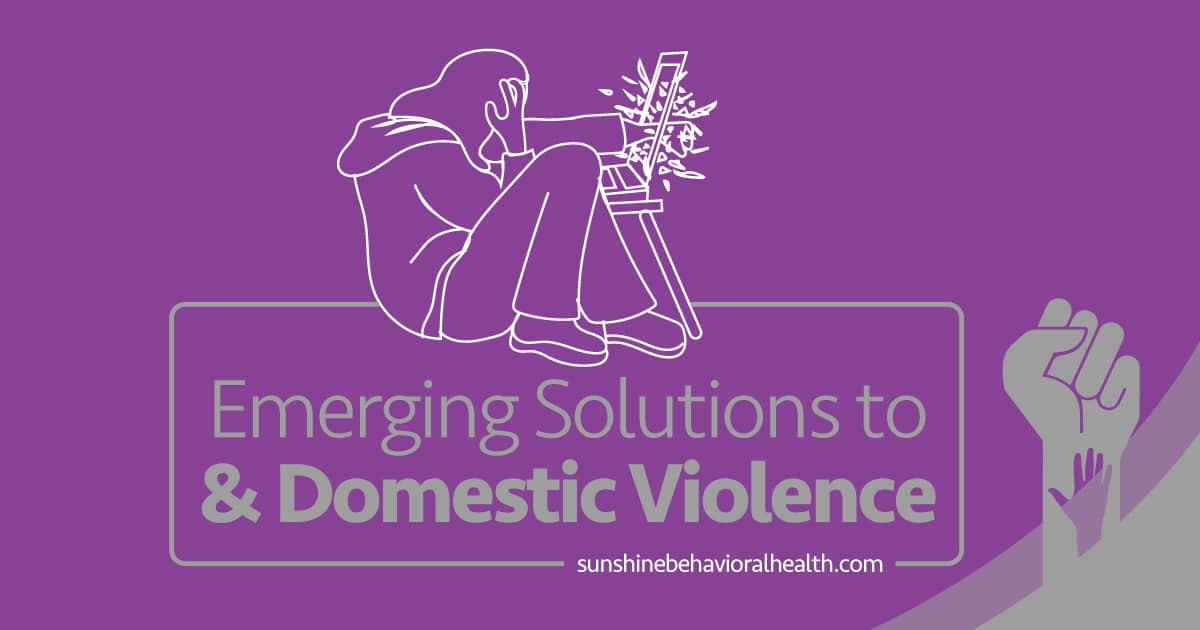 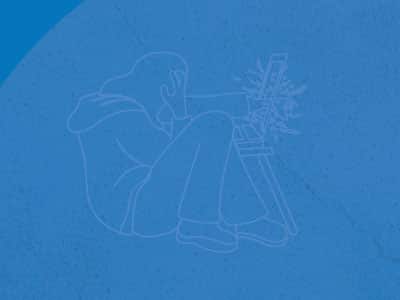 History is full of stories of intimate partner violence.

In ancient Rome, men had life and death power over wives. Today, we may be more aware of social injustices, but domestic violence remains problematic. More than 12 million women and men are victims of rape, physical violence, or stalking every year in the United States. More than one-third of women and one-fourth of men have been raped, assaulted, or stalked by an intimate partner.

Such problems have never gone away despite activism and legislation like the Violence Against Women Act, but there are several women’s rehabilitation programs emerging all over the United States that are designed to prevent, protect, and educate.

Note: There is a strong correlation between Domestic Violence and addiction. If you or a loved one are battling addiction, we are here for you.

SunshineBH has locations in Texas, Colorado, California and Illinois. 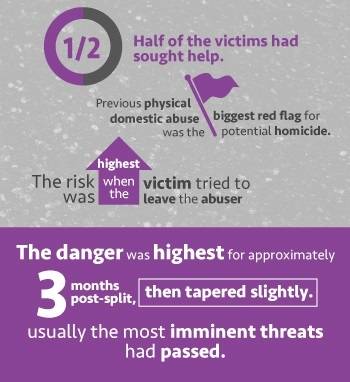 Domestic violence is far more than simply being pushed around. Abuse comes in many forms and can affect anyone. Types of violence include:

Abuse can take a number of forms. Technology or social media can be used to harass, threaten, stalk, or monitor a current or former partner.

Stalking can be done in real life, too, by following someone’s activities or leaving unwelcome gifts. Abuse can be economic as well, in that one partner controls the finances, or withholds or takes money, or keeps the other partner from working.

Some sources bring up symbolic violence as well, where the media or culture either perpetuate or normalize brutality, in particular against women.

While this problem is far from solved, in recent years new tactics are being implemented to try to put a stop to intimate partner violence.

One promising approach toward curbing domestic violence deaths poses the question: What if you could predict which victims were in the most danger?

That’s what’s at the heart of Domestic Violence High Risk Teams. These task forces operate on the local level, where area shelters work with law enforcement entities and the courts. They work to identify and protect the people at most risk by helping various participants communicate with one another.

Kelly Dunne and Suzanne Dubus are the chief of operations and the chief executive officer of the Jeanne Geiger Crisis Center in Massachusetts. Dunne and Dubus formed the first DVHRT in 2005 after Dunne was inspired by a conference she attended in 2003.

Jacquelyn Campbell, a professor at Johns Hopkins University School of Nursing and a leading expert on domestic homicide, was a speaker at that conference. For her doctorate, Campbell interviewed 2,000 domestic violence survivors and combed through homicide files, searching for patterns.

Teens are slowly — and sometimes not so slowly — dipping their toes into the world of adult concerns.

One of those grown-up issues is dating and the violence that sometimes comes along with it.

The National Coalition Against Domestic Violence shares some disturbing data:

Unfortunately, the problem doesn’t go away in college:

Domestic violence occurs most often among women between the ages of 18 to 24. To stem the tide of abuse, the National Coalition Against Domestic Violence (NCADV) suggests pushing for policy changes and updates. They include:

The NCADV also offers a kind of streamlined Civics 101 course. The course educates people on how to promote antiviolence legislation, gives information about people and organizations to contact, and provides more information.

According to the American Journal of Preventive Medicine, early prevention lowers the likelihood of dating violence.

The Centers for Disease Control and Prevention developed the Dating Matters program, which describes the characteristics of healthy and unhealthy teen relationships, shares statistics and examples of dating violence as well as red flags, and shows how to foster good connections and preveThe way teens date and experience relationships differs from adults. More teens experience abuse via or over social media, typically over posts and passwords.

Abusers resort to messenger and locator apps to monitor their partners’ whereabouts. Because some people — especially young people — practically live online, it’s all the harder to avoid an abusive partner if they constantly message or post about the victim.

Addressing why some kids stay in bad relationships is worth noting too. Some rationalize bad behaviors as signs of love; others stick around because their partner boosts their social status.

It’s not just boy-girl problems, either; abuse happens in the LGBTQ community as well.

Drugs and alcohol, when mixed with hormones and extreme emotions, do not make for a good cocktail at any age.Alcohol and drugs can make emotions harder to control, interfere with decision-making, and fuel impulsive behaviors.

Teens under the influence are more prone to jealousy, controlling behaviors, physical abuse, emotional abuse, and sexual abuse.Victims of dating violence in turn are at greater risk for using drugs and alcohol to cope with abuse.

Programs to Stop the Cycle

Because violent relationships during the adolescent years can lead to other dangerous behaviors such as substance abuse, risky sexual activities, or more domestic violence later in life, programs are popping up nationwide to help put an end to abusive behaviors. Here’s a small sampling:

In the heat of the moment it may be riskier to make a phone call and speak to a 911 operator, so texting may be safer. Some communities advise doing that, including after an assault (especially when the perpetrator is nearby).

Not all communities have this option, but for ones that do, victims can text 911 and ask for help. Text assistance differs from voice call assistance in that text messages do not display locations on dispatchers’ monitors. A simple and clear text mentioning the location is advised.

The Federal Communications Commission (FCC) has a regularly updated list of areas that offer text-to-911 services. FCC regulations also require wireless carriers and other text messaging apps to deliver emergency texts to call centers that ask for them. If a call center requests text-to-911, the text message provider must implement the service within six months.

In some cases, victims have dialed 911 and instead of asking for help, they’ll ask for a pepperoni pizza. They do this because they don’t want their abusers to know that they’re calling and they fear possible retaliation from them.

Some emergency personnel, like in the Salt Lake City area, have been trained to treat such calls as potential calls for help. Operators can ask a few pointed questions that require only “yes” or “no” answers and dispatch help as needed.

Millions of people are victims of domestic violence every year. It is a crime that does not discriminate: young, old, white, black, wealthy, poor, men, women, members of the LGBTQ community– it affects all walks of life.

What these individuals have in common is abuse. The bruises may fade and the scars may heal — if the survivor is lucky — but many suffer poor health as a result of violence.

It may manifest as post-traumatic stress disorder (PTSD), in resorting to drug and alcohol abuse, in broken bones, in sexual assault, in unwanted or unplanned pregnancies, or as sexually transmitted diseases. It also may result in loss of life.

Survivors are rarely the only ones affected, either. Families bear lasting wounds. Community resources are taxed when police, courts, and counselors devote endless hours to a recurring and ruthless problem.

To search for a shelter near you, visit DomesticShelters.org.