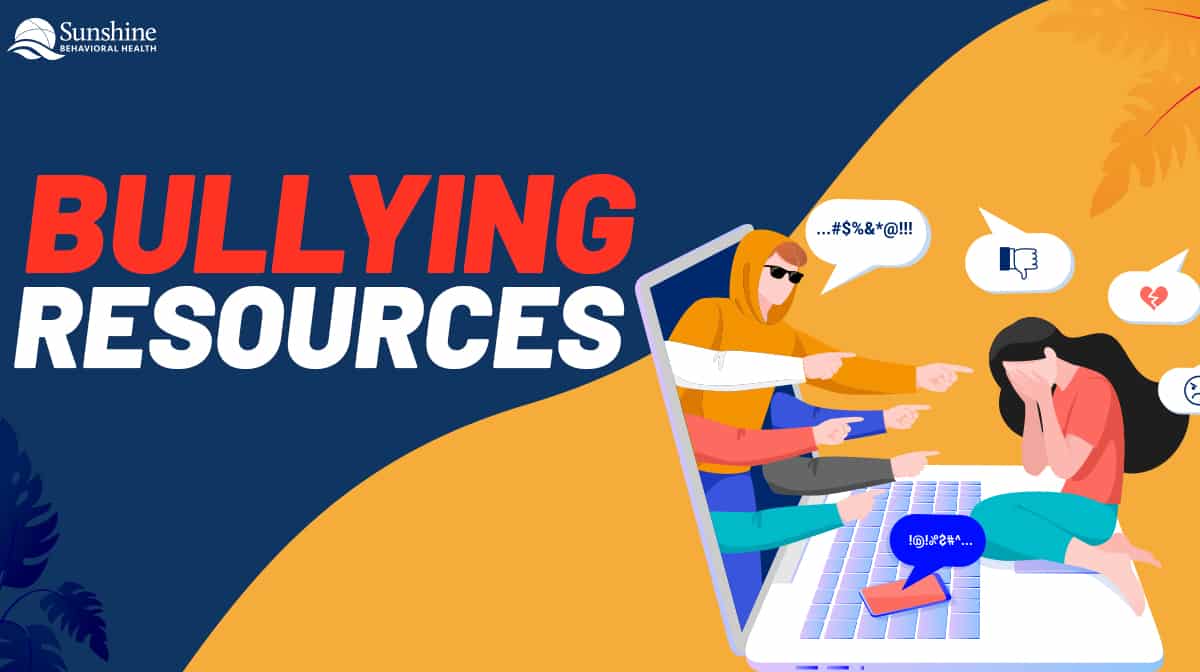 Sticks and stones may break my bones

But words will never hurt me.

That old English children’s rhyme is right, up to a point, but the truth is bullying — which can be done with fists or words — hurts.

If you haven’t been bullied, you’ve more than likely been witness to it, even if it’s only by seeing it on television and in movies. Regina George from Mean Girls and Nelson Muntz from The Simpsons are two well-known pop culture bullies. Carrie White (from Carrie , of course) is a well-known victim. Many celebrities, even Lady Gaga , have admitted to being bullied.

Bullying is far from rare. According to the National Center for Education Statistics, one of every five U.S. students ages 12-18 has been bullied. Bullying has been proven to lead to low self-esteem, anxiety disorders, depression, and even addiction.

Simply put, bullying is when a person or a group repeatedly hurts, belittles, or scares someone on purpose. It can be physical, social, or verbal. It can — and often does — occur online in the form of cyberbullying. (More often, cyberbullying is anonymous, but it can be more relentless and persistent.)

It can happen at any age — and at home, or school, or at work. It’s aggressive in nature and typically is repeat behavior. There’s an imbalance of power in that the victim is seen as weaker.

Even if bullying happens only a few times, it can affect physical and emotional health, both immediately and for years after the fact. It can lead to injury, social problems, emotional turmoil, and even death .

Not only does it harm the victim, but it also hurts bystanders as well as the bully . (Bullies are more prone to substance abuse and academic problems and to becoming the victims of violence.)

It’s not limited to the playground or lunchroom, though. It also happens in the workplace. The three main types of bullying are:

One last type of intimidation is cyberbullying, where the tormentor uses technology to hurt or embarrass another. It can take on a number of forms , including:

More than a third of adolescents (37%) between the ages of 12 and 17 have been bullied online . Girls are more likely to be the target or as well as perpetrators of cyberbullying. Fifteen percent of teen girls have been cyberbullied. Half of LGBTQ+ students have been harassed online.

Cyberbullying has unique challenges. It’s more often anonymous, and because the tormentor can send messages any time, it’s more persistent. Being the victim also makes one more vulnerable to self-harm or suicidal behaviors.

Trolling — when someone deliberately posts comments with the intent to anger or upset others — is sometimes mentioned in discussions of cyberbullying. Trolling is more about getting attention and being annoying, whereas cyberbullying is more targeting, and the bully can be motivated by anything from revenge to popularity; or to offend, humiliate, or intimidate.

It’s best to ignore trolls. Without attention and outrage, they tend to peter out.

Cyberbullying is trickier to handle. Laws on battling it vary from state to state.

Parents can better prevent it by keeping track of their children’s online activities, teaching what is appropriate and inappropriate, and devising strategies for dealing with a bully or a predator.

What are the Effects of Bullying?

Children and teens are affected by bullying in many ways. About 160,000 teens skip school each year because of it.

Bullying can harm the victim, the bully, and bystanders.

Targets of bullies tend to score lower in reading, mathematics, and science compared to non-bullied peers. They may feel anger, hurt, or fear as a result.

One study found that bullying behaviors — even for bystanders — put youth at higher risk for substance abuse. The bullied and the bully , however, are more likely to partake than witnesses. Victims are at greater risk for:

Early bullying may set the stage for later substance abuse. One study followed youth through a number of years. Youths who were victimized in fifth grade had a greater likelihood of substance use by tenth grade.

Bullies themselves are also at higher risk for substance abuse, school problems, and violence later in life. In cases of children and teens who are both victims of bullies and bullies themselves, they are more prone to develop behavioral and mental health problems compared to bullies and people who are bullied.

Anyone with any connection to bullying — as an instigator, victim, or witness — is at higher risk for depression. Bystanders also may resort to escaping via substance abuse.

Drug and alcohol use are especially problematic for adolescents and young adults.

Substance use puts them at risk for dangerous behaviors, such as driving under the influence and sexual assault. Over the long term, it can impact brain development (which continues into one’s twenties) and fast-track some people to numerous diseases of the lung or heart as well as strokes, cancers, and mental health problems.

Anyone can be the victim of bullying. Boys tend to be bullied physically while girls are harassed psychologically. A person is at greater risk, however, if they are:

Certain factors make one more likely to bully others . Children and teens who have some social clout, who worry about their popularity, or like to be in charge of others, they may target those they view as less-than.

The following can fuel bullying behaviors, too, including:

Many children and teens who are bullied never report it . They fear the bully will double down on the abuse, or they believe that no one cares or can do anything. But there are signs that may mean a child or teen is a victim of intimidation. They include:

If a child or teen is a bully or is suspected of bullying, they may show signs of aggression, face frequent discipline at school, or be excessively competitive or anxious about their performance or reputation.

What to Do If You See Bullying?

Not all youths feel comfortable opening up about bullying. It’s difficult to put a rapid stop to the behavior, but listening, being aware of the problem, and actively working toward developing an anti-bullying culture can help.

When you know a child or teen is being bullied, it’s important to show support:

Victims should feel comfortable enough to speak to someone they trust. Ideally, there will be a plan in place or a plan being developed to nip bullying in the bud.

There are many programs and plans being implemented nationwide — globally, even — to put bullying behaviors into the past.

What doesn’t work is a band-aid approach. A school holding an assembly to say “Bullying is bad. Don’t do it” rarely gets results. The causes of and motivations for bullying are simply too complex to be resolved in an hour or two.

The same goes for having the bully and the victim meet to discuss the issue and promise to make peace. More than anything, that usually leads to more bullying.

There are a number of programs that seek to change the culture. Call it a form of positive peer pressure.

Instead of zero tolerance for last year’s practices, several initiatives strive to develop strategies that weave anti-bullying principles and practices into the fabric, rather than the fringes, of the curriculum. Some promising programs and resources include:

Once a person leaves school, most people think that’s the end of bullying, but it can happen to anyone at any time, including the workplace. If bullying is meant to single someone out, humiliate, or intimidate someone, that’s considered abusive. Examples of on-the-job bullying include:

Not all criticism is bad, though. If it’s constructive and can help a person better perform their work duties, that’s not considered bullying. Neither is any disciplinary action linked to poor job performance or inappropriate workplace behaviors.

If seemingly random occurrences — such as being publicly criticized, heavily monitored, assigned duties not part of one’s job description or that one was never trained for (despite requests) — those point to workplace bullying.

Workplace bullying tends to occur in places that are stressful, have heavy workloads, poor communication, or unclear policies.

There are a lot of negative consequences too. Bullying can lead to headaches, high blood pressure, or digestive ailments. People may find it difficult to sleep at night or struggle to get up in the morning to face the day. They may feel anxious, depressed, or worthless.

If bullying escalates, it can hurt morale and slash productivity. Workers may quit frequently. There may be more absences. Loyalty is reduced.

If there is bullying, it’s best to document it. Save the evidence. Report it to human resources or a trusted supervisor. Know your workplace policies. If you have a trusted coworker or supervisor, seek help or input from them.

If necessary, legal guidance may help. Therapy can too. Letting the problem fester or dulling the ache with substance abuse, however, is a solution that does little good for anyone.