Mental Health Resources for when you get a DUI

Getting pulled over for driving under the influence — it doesn’t matter if it’s for alcohol or drugs — is just the first step in a mountain of trouble.

Every U.S. state and territory has different penalties, but they’re never as simple as a ticket and an apology.

Offenders could face any number of punishments. Higher car insurance rates are pretty much a given, but there could be much more, including arrest, court costs, losing your license, punitive fines, attorney fees, community service and/or jail time, and much more, especially if you’re a repeat offender.

In some cases a first-time offense can end up costing the driver more than $10,000 in legal fees and fines. It can also double a person’s insurance premiums.

Mothers Against Drunk Driving (MADD) has been around for 40 years trying to eradicate the problem. Not only does it push for awareness, it also advocates for safety measures such as sobriety checkpoints and ignition interlock devices that won’t let a vehicle start if a person fails its built-in breathalyzer. (And the offender pays for those preventive devices, too, FYI.)

When facing charges of driving under the influence, a person may seek ways to drive down the severity of the punishment. Drug or alcohol rehabilitation may not be a guarantee of reduced charges, but it can only help. Both in the eyes of the law and for the health of the problem driver.

No matter what localities call the offense, it is illegal in all 50 U.S. states, Puerto Rico, and the District of Columbia  — 0.08% blood alcohol concentration is considered impaired. But penalties, jail time, and other punitive measures differ by area.

MADD ranks states on how tough their laws against impaired driving are. A state such as Arizona receives high MADD marks because it offers ignition interlock devices, sobriety checkpoints, automatic license revocation, and child endangerment penalties. It also treats a refusal to a sobriety test as a failed sobriety test.

Other states aren’t quite as strict, per MADD’s 2019 report, but that could change. Some states continue to make their laws tougher. In 2019, for example, Utah set its BAC at 0.05%.

With campaigns such as those run by MADD, drunk driving deaths have gone down in the last three decades. Still, more than 10,000 people die in drunk-driving crashes every year. About one-third of traffic-linked fatalities involved alcohol. In 2010, drunk driving cost the U.S. economy $44 billion.

Not only can a person put others in danger with the more they drink, but they also put themselves at risk.The National Highway Traffic Safety Administration (NHTSA) shares the effects of BAC at various levels, and how BAC affects driving:

Once a person gets past the 0.15 BAC level they turn more into a “sloppy drunk” and may experience nausea. At the 0.25 stage they’ll be severely drunk, and may need help walking. Vomiting becomes more likely too.

If a person gets to 0.35 BAC, they’re in danger of losing consciousness, and by 0.40 they run the risk of coma, respiratory failure, and even death.

Even if a person is drinking at home, those higher levels of impairment put them in danger of falling, self-injury, coma, or death.

Laws relating to driving under the influence of alcohol or drugs vary. MADD, for example, in 2019 gave states such as Arizona and Colorado higher rankings for more preventive measures such as sobriety checkpoints, child endangerment laws, and ignition interlock devices, while other states such as Michigan and Wyoming received lower marks for having fewer penalties in place.

Driving while impaired (or under the influence or intoxicated) remains illegal across the board, however. Some sort of penalty will be levied. Auto insurance may climb drastically, and a ticket may be pricey.

But where a person receives the DWI/DUI/OWI, whether it’s their first offense, how high their BAC levels are, if anyone is injured or killed, or if any property is damaged can also factor into the punishment.

Many attorneys will say going into rehab can only work in a person’s favor. If you’re considering getting a lawyer, doing it sooner rather than later is preferable. They can steer you toward rehab if they think it will help reduce the punishment.

Attending rehab may also get fines lowered. It can get potential jail time reduced. It shows a commitment to getting better.

Some attorneys can use a client’s time in rehab as credit against jail time or a work program. It also can increase the odds of reinstating one’s driver’s license or getting a work-restricted license (also known as a hardship license) that allows them to get to their jobs and to get to and from rehab, outpatient treatment, or support group meetings. 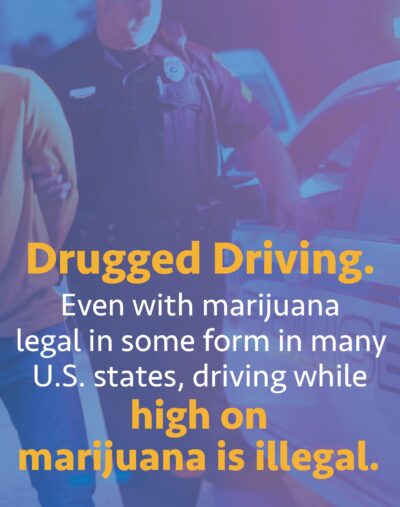 For the person considering drug or alcohol rehabilitation, there are plenty of options. The best approach tends to be something based on sound, scientific-backed treatment protocols as well as being tailored for the client’s unique needs.

The first goal is to get the person detoxed, often with medically assisted treatment (MAT). MAT can make the withdrawal process safer and far more comfortable. From there, a person may consider:

There is some evidence that blending criminal justice deterrents with addiction treatment can be an effective option, due in part to keeping the treatment uninterrupted.

While rehabilitation isn’t necessarily cheap — your health insurance can make a huge difference here too —  it’s often a good investment in one’s health and in one’s reputation.

One other reason not to drink (or drug) and drive is life insurance. With a record, you may still be able to buy life insurance in the years following a DUI/DWI/OWI, but it can cost you. Some insurance providers will consider you a risk, and you’ll likely pay higher premiums. DUIs might get you labeled as an alcoholic, and you’ll be categorized as more likely to contract some cancers, heart disease, high blood pressure, diabetes, and more.

The best advice when it comes to drinking and driving is: don’t do it. If you have, however, and you find yourself on the wrong side of the law, it’s time to ask yourself some serious questions, including:

In short, they can. Sometimes an attorney can reduce some penalties, especially when efforts to fix the problem are attempted.. But perhaps more importantly, if there’s a serious problem, rehab can maybe save your life. And those of others.