Social media can help us connect and communicate, but when we become too dependent on likes and views, it can be harmful to our self-esteem and well-being. Learn social media’s effect on mental health and learn how to unplug (a bit). 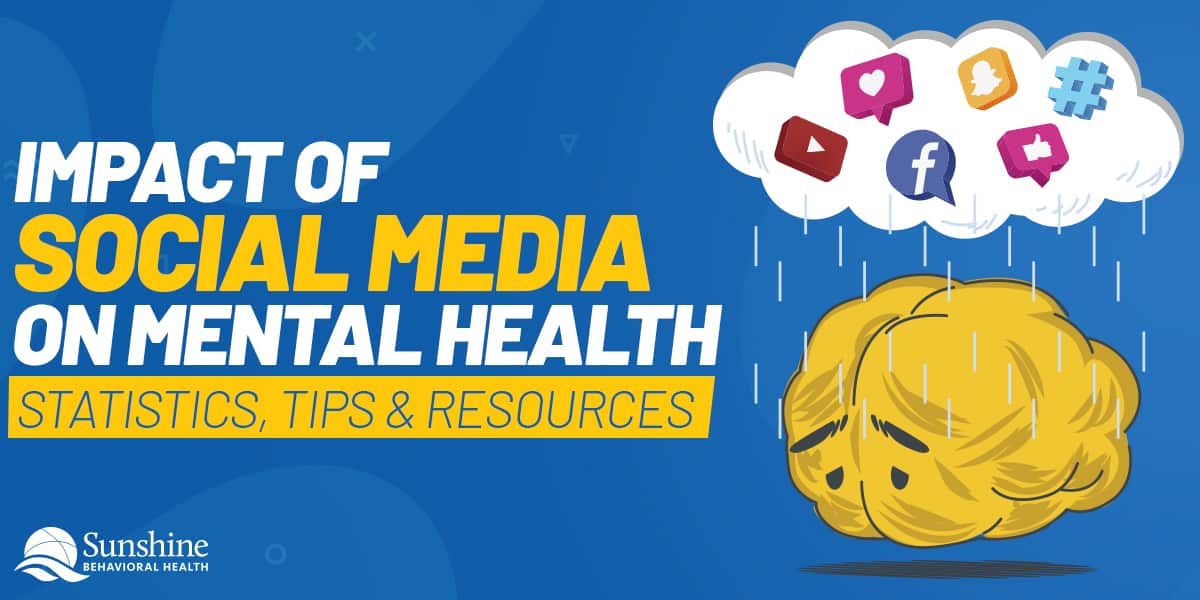 The majority of Americans regularly spend at least some time online. According to one Pew Research Center study, only 7% don’t use the internet.

For the remaining 93%, especially when it comes to adolescent and young adult users, a lot of alarm bells have been sounded on potential dangers to mental health. While no one can say with 100% certainty that too much time online can lead to depression, anxiety, and other woes, there is a fair amount of data that says too much social media isn’t so good for everyone’s well-being.

Making it all the trickier is that there are so many social media options, giving people several platforms from where they can post updates, send messages, and share photos and videos.

Social media’s not all bad.

It gives people a chance to communicate, pursue interests, and share ideas and information. In some cases, it can help people make friends and develop relationships.

Some minority groups find it can be a place to find support and share ways to cope.

For others, the silver lining is tarnished.

There does seem to be a pretty strong link — for teens in particular — that the more time a person spends on social media the higher the likelihood of depression, self-harm, or simply being unhappy.

When miscommunication occurs or the experience does not live up to expectations, then some people can feel more isolated. Others fear they may be replaced if they can’t be reached, or if they don’t react quickly enough or with enough enthusiasm.

The Pitfalls of Social Media

One 2019 study looked at social media, television, video gaming, and computer use. It found that among adolescents, every extra hour on social media amounted to an increase in depressive symptoms.

The study suggested three potential reasons for the depressive effect:

Many teens (and some adults) also experience fear of missing out (FoMO), worrying that if they miss something it’ll hurt their personal relationships, that they’ll be replaced by someone more accessible. Seeing a post about a gathering they weren’t invited to can leave them feeling left out and disconnected. It can be incredibly painful to a person with low self-esteem.

Cyberbullying is another problem surrounding social media use. About 15% of high school students have experienced cyberbullying. Some estimate the rate to be slightly higher, or approximately one in six being abused online. Among those polled, the following percentages said they’d experienced:

Besides sparking feelings of isolation, depression, and anxiety, many of those actions can be illegal, too, depending on variables and in what jurisdiction it occurs.

There’s a condition that’s been mentioned more often in recent years: social media anxiety disorder (SMAD). It’s not formally recognized according to the Diagnostic and Statistical Manual of the American Psychiatric Association (DSM-5), the bible for diagnosing mental disorders. Not yet, at least.

One therapist warns that “it’s risky to compare your insides to someone else’s outsides.” That’s one of the dangers of SMAD. It’s not healthy to measure self-worth on the number of views or likes (or lack thereof) a post receives. 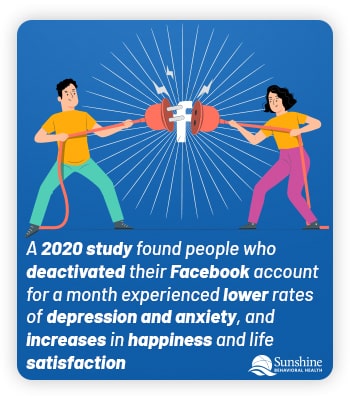 Those “likes” and retweets have been compared to the high that follows taking a drug. It lights up those same reward centers in the brain. In turn, the brain likes the feeling and wants more. Going without that reinforcement can lead some to feel on edge and lost.

Signs a person may have a SMAD include:

It’s not entirely clear why social media may fuel depression. The displacement hypothesis, upward social comparison, and reinforcing spirals may be factors. They may tie in neatly with low self-esteem.

It’s also been well documented that electronic devices can disrupt a person’s sleep. One survey found approximately four in 10 Americans bring their cell phones to bed. Teens and young adults are especially guilty of this. These devices can inhibit melatonin production, which is a hormone our bodies produce that helps us fall asleep.

That disruption can interfere with getting some solid shut-eye. That, in turn, can contribute to anxiety, depression, memory loss, and poor grades or work performance.

If a person experiences lingering anxiety, it can lead to nausea, headaches, and muscle tension.

There’s also a concern that mental disorders can contribute to substance abuse, or even substance use disorders. Such co-occurring disorders have been well documented, and it’s especially risky for younger populations. They are more vulnerable since their brains continue to develop into their mid-twenties. Substance abuse can interfere with the parts of the brain governing impulse control, decision-making, and how a person responds to stress. That can make anxiety or depression grow worse. It can also make drug and alcohol addiction (as well as its resulting health dangers) more likely to take hold.

Smartphones and similar devices also can cause a person’s brain to flood with feel-good neurotransmitters like dopamine, making it difficult for some people to resist.

One 2020 study found that people who deactivated their Facebook account for one month reported higher levels of happiness and life satisfaction and lower levels of depression and anxiety. 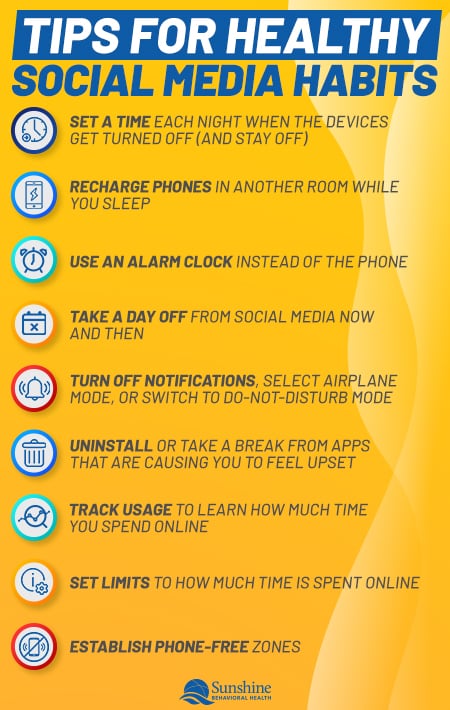 Anyone (children, teen, or adult) who finds social media usage is turning problematic may want to consider:

Parents may wish to consider the following to ensure their children and teen’s online activity isn’t affecting their mental health or detracting from schoolwork, socializing, or family time:

Where to Get Help

If you are in crisis or in need of mental health help, consider one of the following.