Traumatic brain injury is far more common than most people think and can be harder to detect. There doesn’t have to be visible damage. TBI can cause physical, psychological, and cognitive harm. Addiction can make it worse and complicate treatment, so it is vital to find rehab professionals equipped to diagnose and treat both. 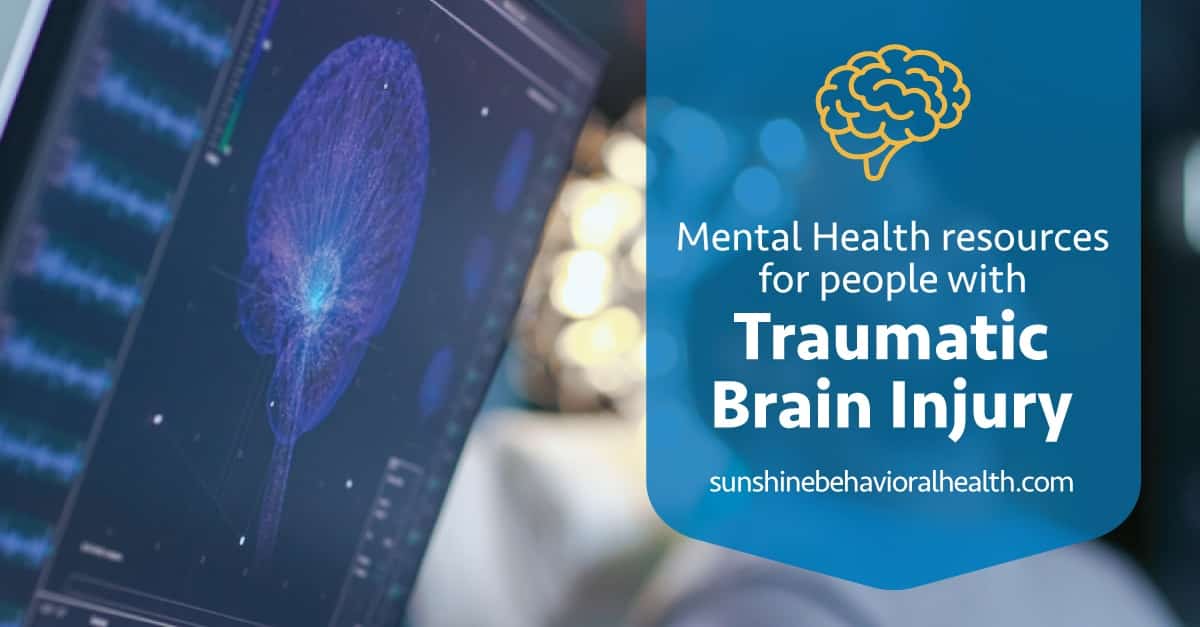 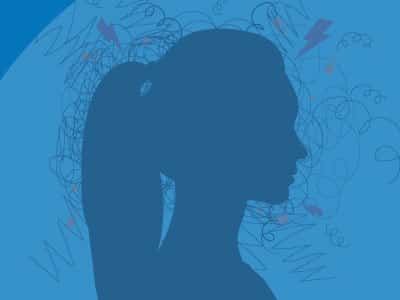 The consequences of a traumatic brain injury (TBI) aren’t just physical but mental. People with a TBI are more susceptible to mental health issues, including substance use disorders, such as addiction.

A TBI is any injury that interferes with normal brain function. Typically, traumatic brain injuries are due to blows to the head, such as caused by a fall (almost half of all cases at 49%), vehicle crashes, bullet wounds, or being close to an explosion.

Most TBI cases are mild. They might escape notice, especially a closed head injury, with no break in the skull (open head). Any brain injury, however, can cause damage. That damage can be cumulative: the more brain injuries one has, the worse the overall effect.

The aftermath of a traumatic brain injury is often life-changing for survivors, their families, and their caregivers.

Who Suffers from Traumatic Brain Injury?

TBIs are often associated with combat military personnel, as are similar and related conditions such as post-traumatic stress disorder (PTSD) and shell-shock. While PTSD often co-occurs with TBI, it is a distinct condition.

TBI is physical, such as injuries received due to an improvised explosive device (IED). PTSD is mental or psychological and may be caused by merely witnessing a traumatic event. In civilian life, watching an automobile accident could result in PTSD.

One problem with calculating the number of cases is that not all head injuries result in a TBI, not all TBIs are of equal severity, and TBI symptoms might not show up until weeks or months after the injury.

Even six months after a mild TBI, one in five individuals may start to experience severe physical, behavioral, cognitive, or mental symptoms, such as:

Some damage may be permanent or have unavoidable consequences later in life. The sooner it begins, the less damage.

Any treatment for TBI must address issues:

Relationship between TBI and SUDs 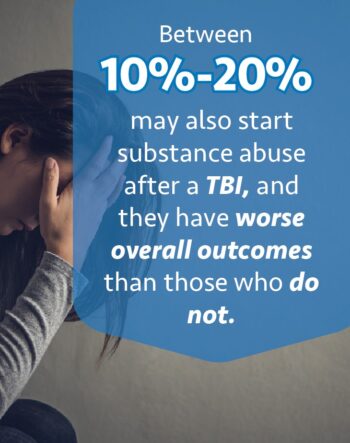 One thing many people who experience TBI and SUD have in common is risk-taking behavior. Either or both could be caused by or the cause of co-occurring mental health issues.

There is evidence that substance abuse rates usually go down after a TBI. At least, they do at first. Not that TBI is in any way beneficial. Possibly TBI inhibits one’s ability or desire to use drink or drugs.

As they recover or adjust (between two and five years), alcohol abuse may increase.

Between 10% and 20% may also start substance abuse after a TBI, and they have worse overall outcomes than those who do not.

The main reasons people with TBI might start using and abusing alcohol, drugs, or other substances all boil down to coping with:

More than 50% of people with TBI had alcohol in their systems at the time of the injury. Of that group, 20% required hospitalization, and 30% required rehabilitation.

Alcohol is so common before a TBI that all substance use may be ill-advised after a TBI. Some experts believe total abstinence after TBI is the only safe course, including alcohol and recreational drugs, whether legal or illegal.

TBI is also a stressor that may contribute to Alzheimer’s disease.

What is known is that TBI and substance use disorders often co-occur. Also, the best, evidence-based, most effective SUD treatments may not work as well for those with TBI without special considerations, such as:

Most people who voluntarily enter treatment for substance abuse will relapse. It’s not inevitable in any particular case, but that’s the statistical likelihood. Addiction hijacks the brain, changes its chemistry, and may not have a permanent cure.

One reason is that there is a genetic component to addiction. Some people are predisposed to SUDs. It doesn’t matter if they enter an addiction rehab center or attend 12-step meetings. Staying sober requires constant vigilance for some.

Treatments for SUDs include:

Some, including AA, also use a process called the Twelve Steps to admit their problems, make amends to those they harmed, and commit to acting as mentors for others with the same difficulties.

Substance use may be more harmful to people with a TBI than a SUD alone, so it is even more vital that treatments address all of their circumstances:

More study is needed on TBI and SUD to determine what is the safest way to recover.