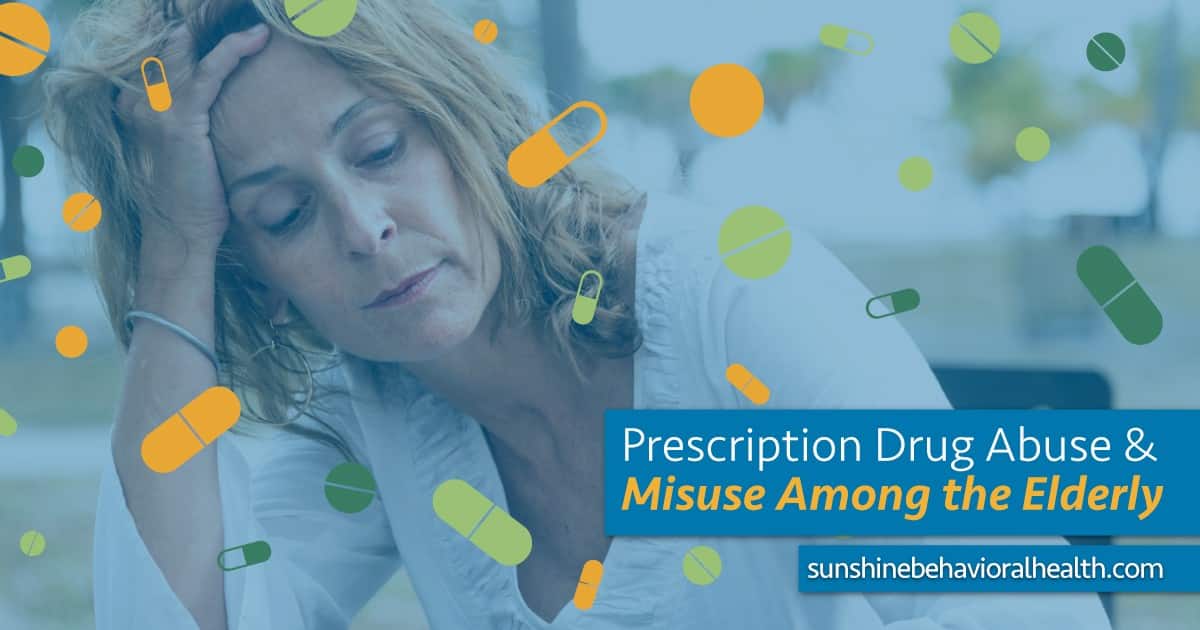 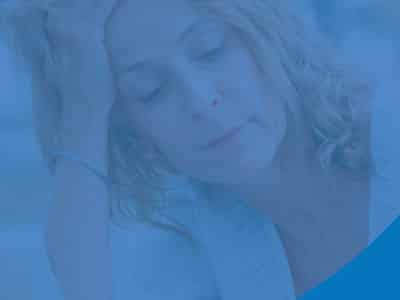 Among the many problems that this poses for society is caring for an aging population with substance use disorders (SUDs), particularly of prescription medications such as opioids.

Since the introduction of potent and purportedly addiction-free prescription opioids in the 1990s, SUDs have been on the rise among the general population. The White House declared the opioid crisis a public health emergency in 2017, but that just recognized a grim reality.

The 2017 National Survey on Drug Use and Health (NSDUH) estimated that 18 million people — more than 6% of people aged 12 years and older — misused prescription drugs, including:

Many of these are considered psychoactive or psychotropic drugs — any substance that changes the way you feel, think or behave — a broad term that also includes caffeine, alcohol, marijuana, and LSD.

Although substance abuse is most prevalent among the young, it is also on the rise for older adults, those who were once considered elderly or senior citizens. Misuse by the elderly population is also apparently on the rise, but there seem to be more projections than hard statistics.

Part of the problem may be how you define who is elderly. Usually, for government purposes, older adults are considered to be 65 and older, in other uses, it can be as young as 50. This confusion makes it difficult to correlate statistics from different sources. So:

There are several reasons for this increase:

What Drugs Are the Most Prescribed for the Elderly?

One-quarter of the elderly use prescription psychoactive drugs, including anxiolytics (for anxiety) and antipsychotics (for other mental health issues).

Among the other drugs most prescribed for older adults are:

Complicating these figures is that many also take over-the-counter (OTC) meds and largely unregulated dietary or herbal supplements.

While these drugs do not always pose as much danger as opioids, benzodiazepines, and stimulants in themselves, they can have interactions that nullify, intensify, or otherwise alter how a drug affects you or cause harmful side effects. 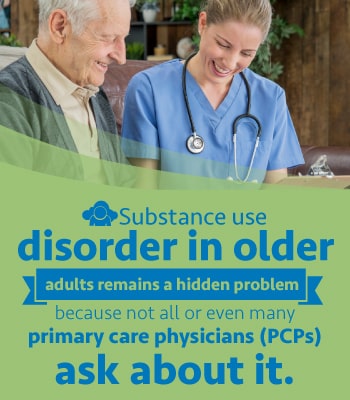 Such elderly misuse isn’t necessarily — or usually — deliberate. More than 50% of older patients (ages 57 to 85 years) use more than five medications or supplements daily, sometimes called polypharmacy; about 80% take at least one.

Using so many medications can easily lead to accidentally taking more or less than prescribed.

Interactions may occur if older adults neglect to inform their physicians about the other drugs and supplements they are taking. These interactions may increase, decrease, nullify, or otherwise change the effects of medication.

One longitudinal study found that 15.1% of older Americans (ages 62 to 85) were at risk for a severe drug interaction in 2011, including prescription drugs that may cause:

What Other Substances Do the Elderly Misuse?

While misuse of prescription or OTC drugs is often accidental or inadvertent, some deliberate abuse also occurs.

Why Do the Elderly Misuse Prescription Drugs?

Older adults face a lower risk of addiction — the worst level of SUD — than younger people. Addiction is most likely when substance use starts before the mid-20s, while the brain is still developing.

So, older brains are less prone to use more and more of a drug because they develop tolerance or to avoid withdrawal symptoms. That does not make them immune, however.

Pain is one problem that increases as we age. Our bodies wear out, we injure ourselves, or we develop fibromyalgia, neuropathy, or post-surgical pain. Opioids control pain.

As the addictive nature of these new opioids became apparent, physicians and governments began limiting their use. To prevent abuse, some physicians resorted to off-label prescribing of skeletal muscle relaxants as an alternative for pain control.

(In 2016, however, more than two-thirds of individuals with a prescription for skeletal muscle relaxants also used opioids.)

The restrictions on opioid prescriptions had the unintended consequence of sending senior citizens and others with first-time addictions to seek out illegal and less safe alternatives.

Some turned to heroin, but what most wanted was oxycodone and hydrocodone from whatever source could supply it, even black market drug dealers.

Instead, the dealers (who could not get oxycodone, either) often substituted — without telling their clientele — the synthetic opioid fentanyl, which is up to 100 times as potent as morphine. Sometimes they pressed it into pill form and said it was oxycodone or mixed it with other opioids or non-opioids, such as cocaine.

Because the potency was so much higher for fentanyl, only a little was necessary, but even a tiny error could make the fake drugs lethal.

From 2004 to 2008, emergency department visits by older adults for opioid overdoses increased 121%, and fentanyl was one reason for the increase.

The older adult population has higher rates of multiple chronic illnesses at the same time — including mental health issues and substance use disorders — than the general population: co-occurring disorders or comorbidities.

Not many physicians know how to recognize dual diagnosis in general. Among the elderly, it can be even more difficult because symptoms, such as mental confusion and loss of memory, are similar to those of normal aging.\

Other factors that place older adults at risk for SUD include:

Identifying SUDs among the Elderly

Substance use disorder in older adults remains a hidden problem because not all or even many primary care physicians (PCPs) ask about it. PCPs routinely ask about smoking and alcohol but don’t ask about the misuse of prescription drugs or illicit substances without cause because:

If physicians impress on their older clients that not knowing what substances they are using could have harmful consequences, they may be more willing to share. One geriatric psychiatrist who did was surprised that her clients, including those in their 80s, admitted to using alcohol and drugs.

While asking every client won’t necessarily uncover the true scope of the problem, it is more likely than maintaining silence.

It may also help if you can recognize signs of substance misuse. These include if an older adult:

If you notice these behaviors, bring them up with the older adult’s primary care physician or family and friends. Together, you may convince the senior to find help. According to some sources, older adults are more willing than younger people to go into treatment when asked and more likely to finish the course of treatment.

Treatments for Elderly with SUDs

The 2018 National Institute on Drug Abuse (NIDA) publication Principles of Drug Addiction Treatment: A Research-Based Guide (Third Edition) says while there are no treatment plans specifically designed to address addiction in the elderly — although there are a couple of promising alcohol use disorder programs — as there are for adolescents, the existing plans can work as well on them as on younger people.

These plans include behavioral therapies and pharmacotherapies.

Addiction is an illness, but unlike germ-based diseases that respond to antibiotics, addiction treatment depends on the client wanting to get well and working toward it. These are primarily talk therapies, such as psychological and psychiatric counseling or psychotherapy, and are the most evidence-based treatments for SUD.

Almost all SUD treatments begin with detox: stopping drug or alcohol use until the substances leave your system and you complete the withdrawal.

Some SUDs are too difficult for some people to quit on their own. It’s not a matter of will-power or character. Addiction changes the brain, affects its chemistry. You can become programmed to drink or use opioids. Other addictions — particularly to alcohol and benzodiazepines — may be too deadly to stop cold turkey.

Sometimes you need a little more help than behavioral therapy alone. With alcohol, the amount can be tapered off slowly, minimizing withdrawal pain, but, for opioids, a more common method is medication-assisted treatment (MAT): substitution of a weaker, safer opioid that controls the debilitating withdrawal symptoms without producing a euphoric high.

Some critics, even within the medical profession, dismiss this as exchanging one addiction for another. Without behavioral therapy, they could be right. The difference is that MAT allows clients to function — to continue working, taking care of themselves, and contributing to society — while getting treatment, instead of obsessing about obtaining and using drugs.

Examples of MATs include:

How to Avoid Misuse

Studies on the elderly and substance use, misuse, and abuse are still in their infancy. Until the U.S. surgeon general’s 2016 report Facing Addiction in America, the government seemed more interested in punishing drug use rather than treating or preventing it. Addiction research is still playing catch-up.

Fortunately, the same programs that help younger people also appear to work for the elderly. It’s just a matter of getting them together.

7 Cups – 50 and Over Online Support Group