Addiction to alcohol or drugs is not related to a belief in a higher power and neither is addiction treatment. Secular approaches to substance abuse rehab are based on science, evidence, and personal responsibility. They also can be combined with other therapies, including faith-based ones, and are among the most effective. 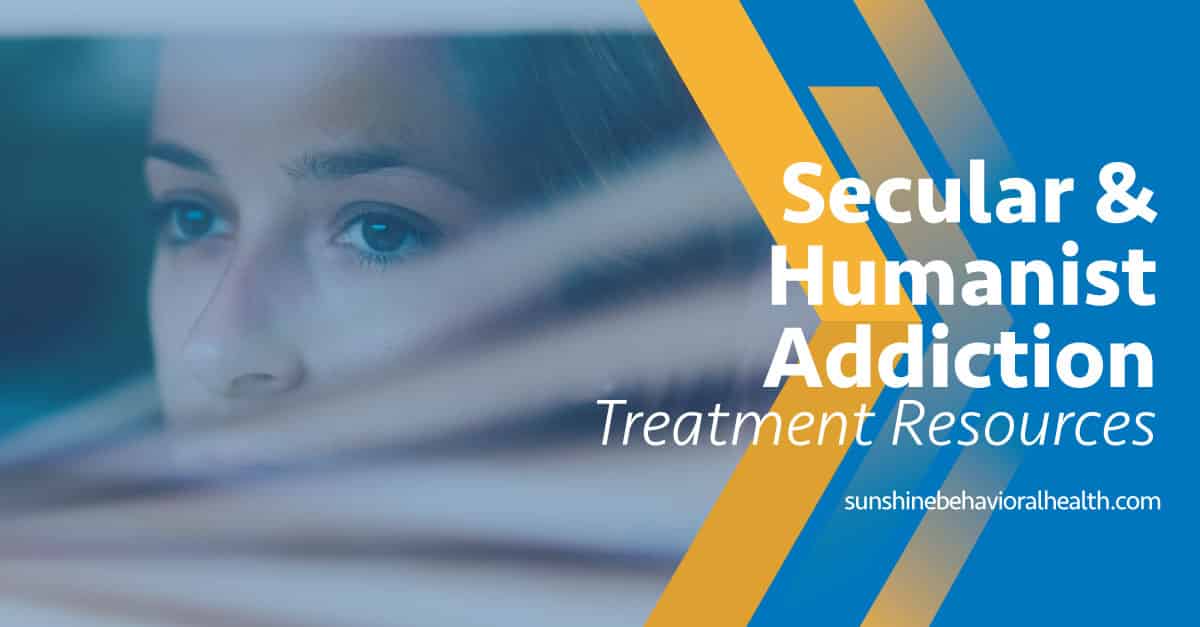 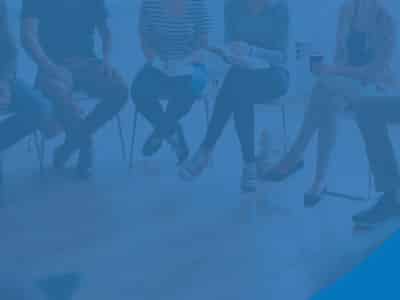 When you think about addiction treatment and the 12-step model used by many facilities, you may immediately think of Christian organizations. While many do focus on Christianity or spirituality, there are other groups available that follow similar 12-step program models without involving religion at all. It may become frustrating when you’re searching for programs to join only to find that the majority are religious, but don’t get discouraged. If you’re part of a secular humanist group or are simply nonreligious, there are treatment options available for you.

Getting Treatment and the 12-Step Model

In many 12-step programs, people find that there is at least some religious component. That can make it difficult for those who don’t subscribe to a particular religion to feel comfortable with the program, even if it may be helpful otherwise.

Take for example Alcoholics Anonymous. This program has been around since 1935 and focuses on turning to a power greater than yourself (God in this case) to remove defects of character and to remove your shortcomings.

The problem with this kind of program is that not all people believe in a higher power or that they are able to get through addiction by turning to something outside themselves. Unfortunately, atheists, agnostics, non-religious people, and others may find it difficult to find programs that do not have some religious components, but they do exist. The good news is that there are different options for those who do not subscribe to a religion or want a religious influence in their care. 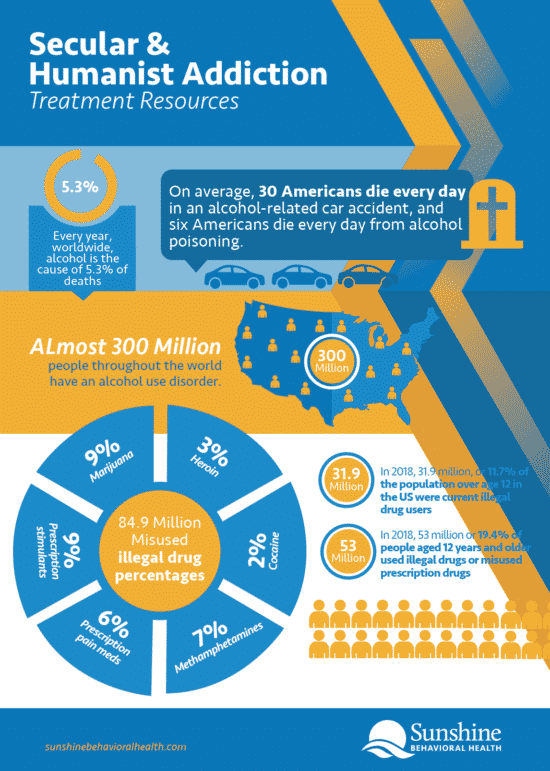 What Is Secular Drug and Alcohol Addiction Treatment?

Secular drug and alcohol addiction treatment focus on providing treatment support without a religious component. Secular humanists believe in evolution and specifically rejecting religious dogma, superstition, and supernaturalism. As a result, the traditional 12-step programs like Narcotics Anonymous or Alcoholics Anonymous may not be right for them. Those programs use religion as a cornerstone in recovery, which goes against the nature of those who don’t subscribe to a particular faith or spirituality.

Why Has Religion and Spirituality Been Included in Recovery Programs?

Research has been performed for decades claiming that there is a link between spirituality, religion, and recovery from substance use disorders. The claim is that those who adopt religious or spiritual aspects to their recovery end up having better life satisfaction and health. The evidence to support those claims is lacking.

What may be happening for those who do decide to incorporate religion and spirituality into their lives is that they are using those aspects as protection against the stresses that they face. Using spirituality or religion may help them fight against relapsing, as well. In some studies, there has been evidence that those who go through recovery and maintain their religious convictions have better overall outcomes.

That being said, those who do not turn to religion or spirituality can also recover and do so just as well. Research into programs like Alcoholics Anonymous has not shown that the programs are more successful than those without religious components.

Secularism is defined as being indifferent to, rejecting, or excluding religious or religious considerations.

There are specific principles of secularism that secularists may believe in that are not conducive to a religious program. For example, individuals practicing secularism may focus on practicing religious freedom or complete freedom from religion. They may still have strong morals to abide by, such as respect, logic, and empathy. For these reasons, secularists often benefit from more scientific programs, if not programs that are specifically designed with secular, non-religious groups.

What Are the Principles of Secularism?

There are three main principles of secularism that people in this group follow, including separation, freedom, and equality. These unique ethics include thoughts such as:

How Does Secularism Impact Addiction Treatment?

Secularists, as well as others who do not believe in religion or want to use religion in their treatments, are not likely to believe that God has any role in their lives or recoveries. On the other hand, those who see those who do not believe in God may believe that their substance abuse is directly linked to failing to have God or religion in their lives. That’s an opinion and is not a fact in any way; it’s only a matter of perspective. 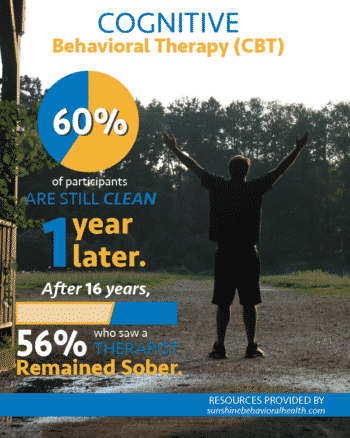 As mentioned above, using religion in treatment can be beneficial for some people. However, secularists and nonreligious individuals may benefit instead from traditional, evidence-based treatments.

Typically, secularist treatments will be totally science- and evidence-based. These treatments may include things such as:

What Should You Expect in a Secular-Influenced 12-Step Program?

Looking at this 12-step program, you will notice that it is focused on placing an emphasis on a person’s own actions and the goal of seeking mindfulness to change unwanted behaviors. In a religious 12-step program, people tend to look outward toward something larger than themselves, while a secular program requires patients to look inward and search their own selves for guidance and growth.

What Makes a Treatment Successful?

It has been determined that while religion and spirituality can improve outcomes for some people, the overall research done in this field has not proven that it is needed as a vital part of evidence-based individualized treatment. In the principles of effective substance use disorder treatment, there is no notion of religion or spirituality given by the National Institute on Drug Abuse (NIDA).

Atheists, agnostics and others who are not comfortable with spiritual or religious components to come treatment programs may appreciate that NIDA sets 13 principles of effective treatment that do not contain them. The principles include:

Recognizing that addiction is a complex, yet treatable, disease that impacts the function of the brain and a person’s behavior

Understanding that no single treatment is right for everyone.

Being able to receive treatment when needed is essential.

Knowing that effective treatment requires the individual as a whole to receive treatment, not just treatment for drug or alcohol abuse.

Knowing that staying in treatment for enough time is essential to recovery. Research suggests three months or longer is sufficient for most individuals5.

Using behavior therapies that include family, group, and individual counseling.

Using medications when needed and in combination with counseling and other behavioral therapies.

Modifying a patient’s treatment plan regularly to adapt to their changing needs.

Recognizing that voluntary or involuntary treatment may be effective.

Remembering that lapses during treatment may happen, so drug or alcohol use must be monitored.

Testing patients for tuberculosis, hepatitis B and C, HIV/AIDS, and other infectious diseases as well as providing patients with risk-reduction counseling and treatment when necessary.

As you can see, these above principles have no mention of religion or spirituality but remain the standard to which all recovery facilities are held.

These treatment principles were developed based on past research studies. While religious components may be included with these principles, the addition of spiritual or religious studies or components is not necessary to meet the 13 principles.

Yes. Fortunately, there are many peer support groups, hotlines, recovery centers, hospitals, and other facilities or groups that do not include religion or spirituality in their recovery programs or meetings. Finding one of these programs may be more difficult, since they are less prolific than groups like AA or NA, which are found in most cities and states.

However, they are available and should be used to meet the requirements of the patient undergoing treatment. Putting a patient into a program that does not align with their beliefs can be harmful to their recovery, since the patients may not be comfortable or want to participate.

Some people don’t want to be involved in programs that focus on religion or spirituality because they aren’t religious or simply want to recognize that they can overcome addiction without the influence of spirituality or religion. They may still want to have group support and to work through recovery with peers. Fortunately, Christian and religious groups are not the only types that are available.

Secular support groups that you may find near you include:

There are also secular hotlines available for support with mental health, addiction recovery, and other situations. Some mental health and crisis hotlines that are nonreligious include:

These hotlines may be able to assist you in starting treatment or finding a nonreligious program near you.

Additional resources for online or local support include:

Seeking Help Can Get You Through This, Religious or Not

At Sunshine Behavioral Health, we believe that the right treatment will make a difference for you and for those around you. If you’re not religious, there is no reason that you should be forced to attend a spiritual or religious group.

The peer groups, therapists, and other resources above are there to support you with evidence- and science-based programs and treatment options to help you overcome addiction and move forward with a sober lifestyle.

You can reach out to our program today to find out more about the nonreligious programs and evidence-based treatments that we offer.