Social Media's Effects on the Brain: How Much Is Too Much? 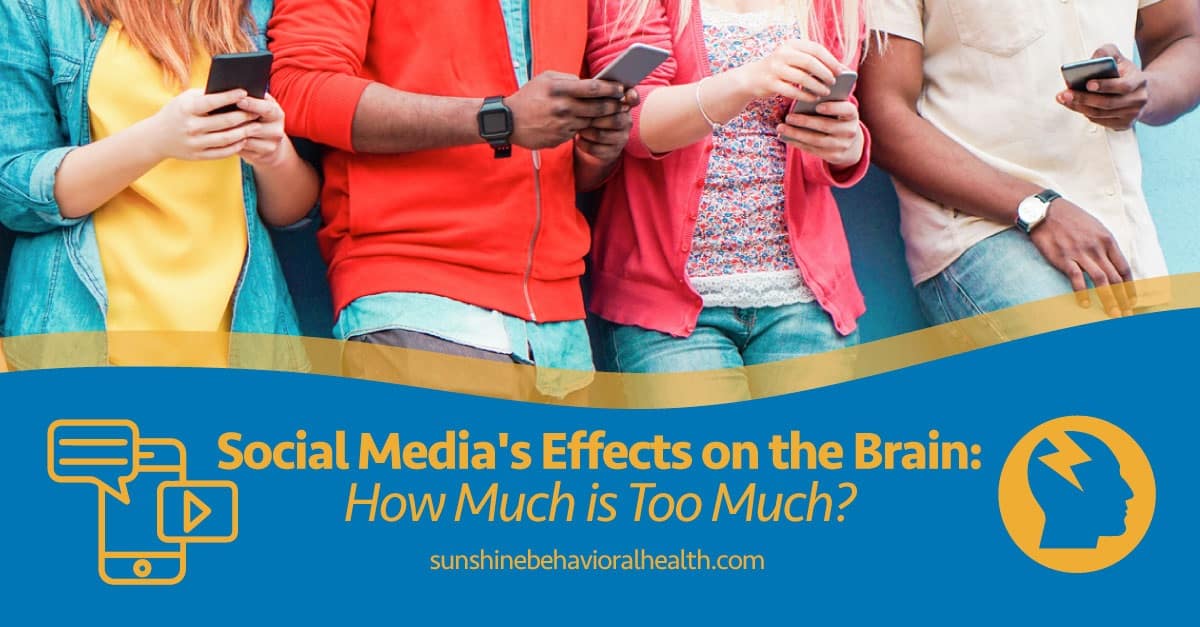 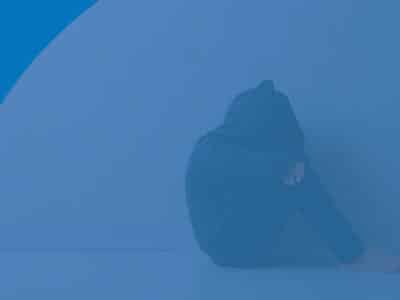 Quick – when last did you check social media? Whether your preferred platform is TikTok, Facebook, Instagram, Twitter, Snapchat, or something else, you likely glance at your social media throughout the day. For many, scrolling social media has become as natural as scratching an itch. If you’ve laid in bed at night, trying to fall asleep, and felt the need to reach out for one more scroll – your brain has been wired by social media.

Social media is a relatively new phenomenon. Constant scrolling, feelings of anxiety while waiting to see if a special someone likes a post, and the stress of trying to portray a certain image on social media platforms can affect the brain. Only time will tell how decades of heavy social media use affect the brain’s psychology and physiology.

The urge to scroll through social media often isn’t something you’re imagining, according to tech gurus responsible for designing social media platforms.

Former Mozilla and Jawbone employee Aza Raskin says likens social media to “behavioral cocaine,” stating that engineers have developed systems that keep users coming back for more, despite a user’s best attempts to quit or cut down on social media use.

Infinite scrolling gives users access to a never-ending stream of information. Personalized feeds based on each user’s tastes and previous social media activity are addicting. Users no longer are only seeing what their family and friends are doing. They’re viewing a curated feed designed to keep them coming back for more (if they’re ever able to leave).

Some basic psychology can help social media users understand why infinite scrolling is so addictive. Think about playing a game as a little kid – it wasn’t fun if you knew you were going to win every time. Constant, sure-thing wins don’t provide the same dopamine release as wins that start as more of a toss-up.

When scrolling social media, the brain stays on the verge of a “win.” A special announcement post from a favorite celebrity, an attractive person, or even a motivational message that’s perfect for a personal situation can all trigger dopamine release.

Of course, most time spent scrolling through social media doesn’t result in seeing the “perfect” post – and thus, the brain continues to compel users to scroll.

This concept, known as the variable-ratio reinforcement schedule, keeps users coming back to social media. Like a gambler who believes they’re about to win big, social media gives the brain the hope that the next burst of dopamine is right around the corner. That’s enough to keep most people scrolling.

Former Facebook employee Sandy Parakilas left the company in 2012 and tried to stop using the service upon his departure. Parakilas said that she felt like getting off of Facebook for good felt similar to quitting gambling or smoking.

Minutes and even hours are lost scrolling from one image to the next, waiting for the brain to provide a well-sought-after chemical reward. As social media’s power continues to grow, technology gets better. Advertisers make more money. Social media companies work tirelessly to find new ways to get users to spend a few more seconds in the trap of the endless scroll.

For some people, scrolling social media and checking out the lives of others can be addicting on its own. For others, social media addiction isn’t just voyeuristic – it becomes the basis for self-esteem.

The brain’s ventral tegmental area, or VTA, plays a heavy role in the brain’s reward system. When the brain perceives social success, it releases dopamine. When the brain perceives social rejection, it releases neurochemicals that create a less-than pleasurable effect. The brain interprets a like on social media the same way it interprets a hug from a loved one or gaining approval from a friend.

The VTA is also activated by giving likes to others. In an MRI study that examined activity in the brain during liking a post on social media, 64% of users said that the first reason they like a post is that it’s visually appealing, and 33% of users said the second reason they like a post is that it’s similar to a post that they would make themselves. Dishing out likes feels good – and can give users a sense of social belonging and common ground with other users.

No matter which end of liking the social media user is on, the brain responds as if it’s going through a legitimate in-person social interaction. Most users – 63% – report that deciding to like a post comes from a gut instinct, rather than a conscious decision, much like deciding whether to pursue a friendship or romantic relationship in real life.

The problem? The brain doesn’t know the difference between social media and real life.

The VTA is not a “thinking” area of the brain. Rather, it perceives an interaction and releases a chemical. This can result in the brain believing that a person is getting the interaction they need for a positive, healthy social life through social media.

Normal social interactions involve interpreting tone of voice, facial expressions, laughter, body language, proximity, and sometimes, physical touch. Social media interaction offers none of those human connections. Rather, it forces the brain to either flood the nervous system with dopamine for a like, or flood the brain with chemicals that don’t feel so great following a social media snub. There’s no context to decide the proper impact of the interaction.

Research shows that people who have vibrant offline social networks use social media to enhance their already-high levels of interpersonal connection. This isn’t true for those who have less-than-ideal support networks offline. This can mean that people who already feel good about their social circle feel even better when they use social media. The opposite is true for people who lack positive real-life social networks.

Negative feedback – including negative comments, fewer likes than expected, or negative messages sent after viewing a post – can be devastating, especially if a person is already struggling with poor self-esteem and low-quality real-life connections.

A 2006 study showed that adolescents experienced lower levels of self-esteem after receiving negative feedback on Facebook. The brain doesn’t understand the difference between a real, physical threat and the “threat” of bad feedback on an Instagram post or a Facebook video. It realizes that the user made a bid for connection with others, and that bid was rejected.

The brain perceives the threat of rejection on social media the same way it perceived being left out or banished from a tribe. The user may feel panic, concern about what the “did wrong,” fear, and may become less willing to make future bids for connection with others.

A 2016 study of Turkish teenagers and their social media use concluded that adolescents who have low self-esteem may be using the virtual world as an escape where the can act and interact with others anonymously.

The brain learns what types of posts on social media get positive feedback – and provide a dopamine hit. For a user with a healthy mental state, this can lead to understanding what to share to receive positive feedback.

For those with low-self esteem, a poor real-world social network, and/or depression, this can lead to developing a detailed, less-than-realistic persona designed to get the dopamine hit provided by likes and follows.

While many people present a certain persona on social media, others take it further. Some users pretend to be someone else entirely, even interacting with other users through their dopamine-fueled avatar. The discovery of the fake persona by real-life contacts can have devastating consequences for both the user’s self-esteem and real-life relationships.

Studies have shown that brain scans of teens and young adults with internet addiction disorder (IAD) are similar to brain scans from people who suffer from drug and alcohol addiction.

Resilience is a key piece of performing well in academic settings. Students need to practice getting something wrong, not understanding a concept, or raising their hand in class and risking judgment from classmates by giving the wrong answer.

When students go through and overcome these situations, they build the resiliency required to succeed in an academic environment. Students who are addicted to social media and suffer from related low-self esteem may hesitate to take such risks, or may not take them at all.

Ready to Cut Back? Check Out These Pro Tips

Ready to reset your brain back to its baseline? It’s not easy to break an addiction (or a strong habit), but it’s possible. Research shows that taking the time to think about how your social media use affects your well being, as well as continuing to reflect on how often you log in, how your use affects your thoughts and emotions, and how well you’re utilizing strategies to cut down can work as the first step to recovery from social media addiction.

Strategies to reduce social media use may include:

Habits become automatic, and it can be tough to cut down on scrolling time when the ability to open a social media app is literally at your fingertips. Deleting the app from your phone doesn’t delete your account. You’ll still have the ability to log on from your phone’s browser or the computer. Removing easy access can go a long way in helping you pause before you start to scroll.

There’s no doubt about it: social media isn’t great for the brain. Used healthily, it can be a valuable tool for staying in contact with others, especially in today’s COVID-19 world. Check your phone’s screen time feature to get an idea of how much time you’re spending scrolling, and know what you’re comfortable with. When you go over your limit, it’s time to utilize some tools to cut back.

Need more help with putting down the phone? Check out these free, non-profit resources.