Two of the most prevalent mental health issues affecting millions of people in the United States today are substance abuse and eating disorders. According to the Surgeon General’s Report on Alcohol, Drugs, and Health over 27 million individuals in the U.S. are using illegal substances or  prescription drugs. This is equivalent to almost a quarter of the adolescent and adult population. The eating disorder statistics are just as problematic considering that at least 30 million individuals are believed to be battling some form of this disorder.

Apart from negatively affecting millions of people in the country, you may think that the two are completely separate public health concerns that need to be addressed independently. While the two conditions may appear unrelated, several research studies revealed how addiction and eating disorders are connected.

Eating disorders are serious illnesses generally characterized by a considerable disturbance in one’s eating behavior. People who suffer from this mental health condition usually spend their waking moments obsessing about food, body shape, and weight. Eating disorders have many types, some of the most common ones include the following:

Binge eating disorder (BED) is the type of eating disorder most common in the U.S., particularly among women. Although BED has only been officially acknowledged as a formal diagnosis in the 2013 revision of the DSM-5, it is striking that about 2.8 million individuals have already been affected by this disorder in the U.S. alone. Note that the number of BED patients is equivalent to almost thrice the combined number of people with anorexia and bulimia. BED is characterized by excessive eating of food in a single sitting. People with BED experience powerlessness to control their food consumption during episodes of bingeing. Feelings of guilt and shame usually follow once the bingeing period is done.

Bulimia nervosa is another eating disorder that is common to women. It is estimated that 1.5 percent of American women experience this type of disorder in their lifetime. As with binge eating disorder, people with bulimia also tend to lose their control and consume large amounts of food during their binge eating episodes. Unlike people with BN who simply feels guilty after bingeing, bulimic individuals try to compensate for their actions by getting rid of what they eat in an unhealthy way such as self-induced vomiting, excessive use of laxatives, etc.

Anorexia nervosa is arguably the most popular eating disorder especially after famed singer  Karen Carpenter died because of the disorder. Statistics show that 0.9 percent of American women have fought with anorexia during their life. Anorexic individuals tend to believe that they are overweight even though they are already extremely underweight. Considering their irrational fear of gaining weight, anorexics overly restrict their food intake causing them to become severely malnourished.

Avoidant or restrictive food intake disorder (ARFID) is another recently recognized eating disorder wherein boys appear to be of higher risk than girls. While the exact number of people with ARFID is still unavailable, the National Association of Anorexia Nervosa estimates that the disorder is affecting about 3 to 5 percent of children.

People with ARFID developed some type of problem with eating (e.g. difficulty digesting certain foods, lack of appetite, disliking certain types of food) when they were still young and did not resolve this even when they became adults. Because of their eating issue, those with ARFID tend to lack proper nutrition and experience significant weight loss, among others.

Pica is an eating disorder that is characterized by eating different types of substances or items that are not generally considered food and have no nutritional value such as clay, cotton, dirt, hair, or paint chips for at least a month. While there are no available statistics on the prevalence rates of pica among the general population, research shows that the prevalence rates of this eating disorder among people who are institutionalized range from 4 percent to as high as 26 percent. 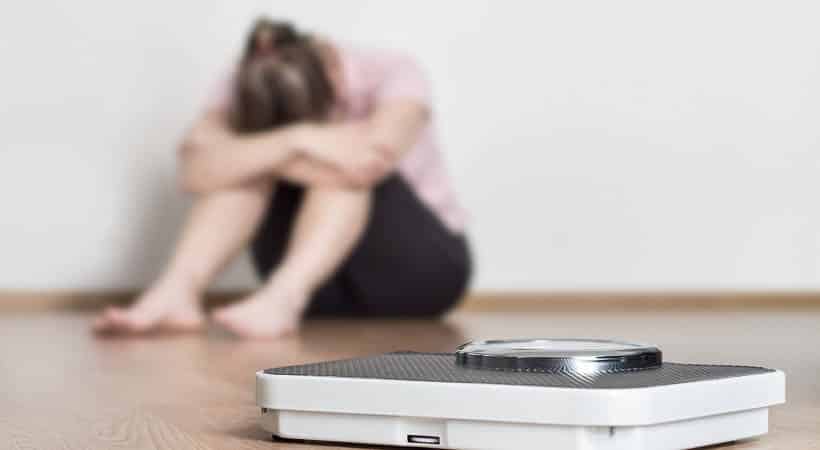 Why do Eating Disorders Occur?

Eating disorders should not be taken lightly and must be immediately treated as it can cause serious and even irreversible damage including death. Eating disorders particularly binge eating, bulimia, and anorexia nervosa can cause some of the biological or health consequences.

While eating disorders may appear as completely unrelated issues, these two conditions have significant similarities and are closely linked. According to the report of the National Center on Addiction and Substance Abuse at Columbia University, as high as 50% of people suffering from an eating disorder abuse alcohol and illegal substances which is 41% higher compared with that of the general population. Note that caffeine, alcohol, cocaine, heroin, and over-the-counter-drugs like laxatives, diuretics, and suppressants are the most commonly abused substances by individuals with eating disorders.

Interestingly, findings also revealed that as much as 35% of alcohol and substance abusers also suffer from an eating disorder. Again, this is much higher than the prevalence rate of eating disorders among the general population which is only 1% to 3%.  Apart from the significant overlap between the two disorders as evidenced by the numbers above, eating disorders and addiction also exhibit several common characteristics: