Teen dating violence can be physical, sexual, verbal, or emotional. It can take place in-person or online, and affects many young people. Recognizing this abuse, learning about its warning signs, and discussing it are ways to stop teen dating violence from growing worse or prevent it from happening entirely. 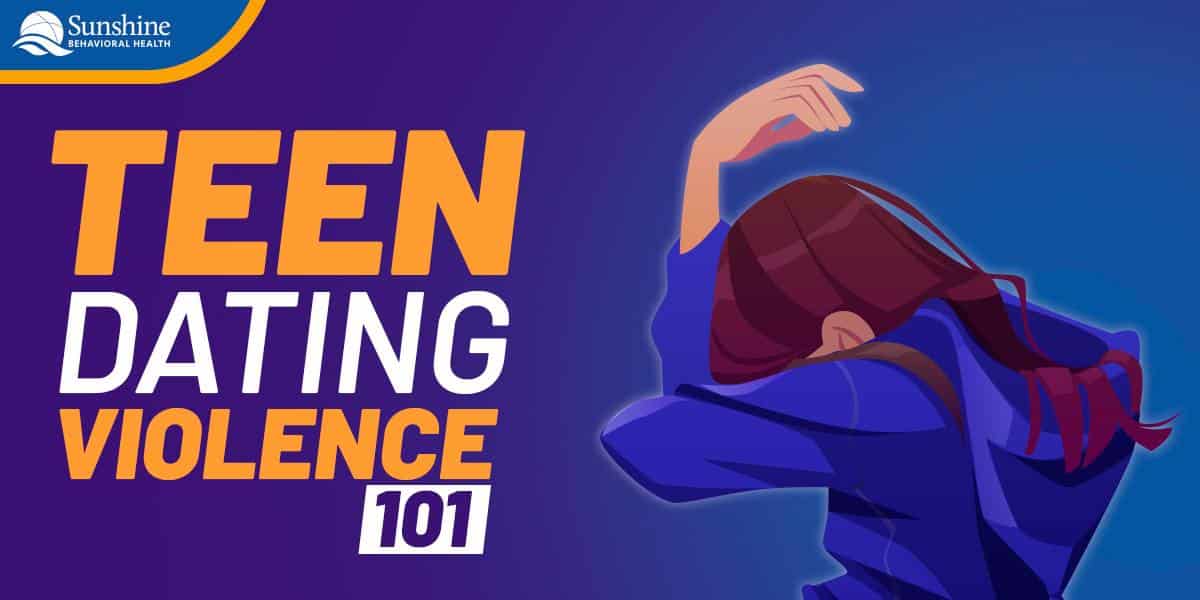 When people think of teen dating, they might think of young people having crushes, spending time calling or texting each other, or going to proms and other dances.

Sometimes there are other, darker aspects of young relationships. One of these aspects is teen dating violence.

What is teen dating violence (TDV)?

Young people who are in close relationships might experience teen dating violence through different types of behavior that include:

Such behaviors can occur in person or online and in heterosexual or homosexual relationships. The behaviors are common, as about one-third of U.S. adolescents have been subjected to emotional, verbal, sexual, or physical abuse in their relationships. A similar number of young people have been the perpetrators of such abuse.

What are some characteristics of teens who abuse or are abused?

Since teen dating violence is so common, many people are perpetrators and victims. Anyone can be a perpetrator or victim.

Some teens may have witnessed or experienced childhood abuse and may be continuing this cycle by abusing others. Others who have experienced or witnessed abuse as children may become victims in relationships as teenagers or young adults.

In such cases, people could think that relationship violence is normal. They could struggle with their self-esteem, think that they deserve to be hurt, and experience teen dating violence or other abusive relationships.

Perpetrators might want to hurt and control others because they lacked power in the past (especially if they’ve been abuse victims themselves) or feel they might still lack it. They think that abusing and controlling partners could give them power. They also might be using alcohol or drugs that affect their ability to regulate their thoughts and emotions.

What are some risk factors for dating violence?

Current or past abuse, then, can increase the likelihood of teen dating violence. Potential victims of such violence may have other risk factors, including:

Other people might be potential perpetrators and could be more likely to commit teen dating violence. The risk factors of these potential abusers could include:

What are some barriers to leaving violent relationships?

Once entrenched in abusive relationships, teens may find it difficult to leave. Victims might feel ashamed and embarrassed to admit that they’re being abused. They might think that it’s their fault and that they deserve such abuse.

When people are the victims of teen dating abuse, they might fear what their partners will do if they say something or try to end the relationship.

Fear can keep teens from leaving abusive partners. They might fear that their

Perpetrators might monitor or control their partners’ real-life or online activity, making it difficult for them to reach out to others. Even if they want help, they might find it difficult to access it.

What are some consequences of teen dating violence? 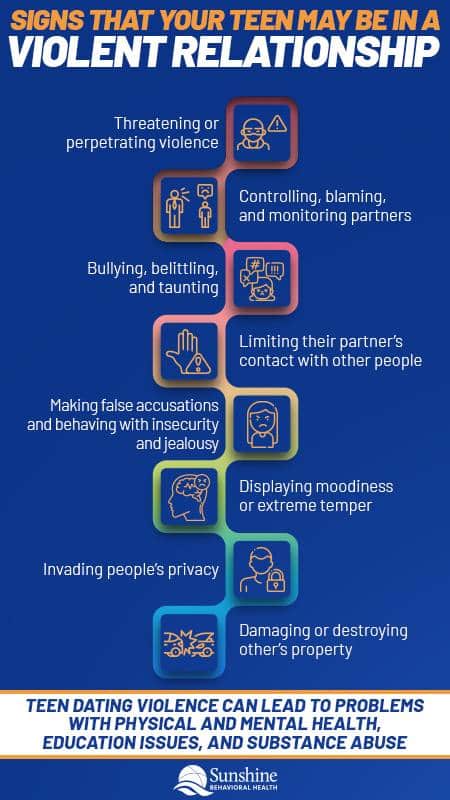 Teens might be anxious, depressed, and fearful, so they might find it hard to concentrate on school. The abuse might cause injuries that physically prevent them from attending school or make them embarrassed to do so.

Since victims of teen dating violence might attend the same schools as their attackers, they might skip school or fear going. They might be afraid of what their classmates might say or do if they learn about the abuse and they might try to keep the abuse secret. With everything going on in their lives, victims’ educations might suffer.

Dating violence might be physically or sexually violent. Victims might suffer from physical injuries or become pregnant after attacks.

They might experience injuries that require medical assistance or hospitalization. Pregnant teens might undergo medical procedures such as abortions or experience medical problems related to pregnancy and childbirth.

Abuse is often psychological as well as physical. Among young people who state that they’ve experienced teen dating violence, 76% said that they experienced emotional abuse.

Teens who are violent to their partners might manipulate them, purposely harming their self-esteem by telling them that they’re stupid, ugly, and worthless and that no one else will love them.

People on the receiving end of this verbal and psychological abuse might believe it, staying with their partners because they feel like they don’t have other options and that they deserve such abuse.

Regardless of the type of abuse they’re experiencing, victims of teen dating violence might become depressed and anxious. Wondering and worrying when their partners will attack next, they might do anything to try to prevent such attacks, even making major changes in their lives and jeopardizing their own happiness.

Too afraid or embarrassed to seek help from others, people experiencing teen dating violence might adopt other coping mechanisms. They might begin using drugs or alcohol to alter their moods and try to forget about their problems.

But since drugs and alcohol only produce temporary effects, teens might use increasing amounts of the substances. Using them can also create or worsen existing physical and psychological conditions and create other problems — all while the teen dating violence continues.

What are some warning signs that your teen is in an abusive relationship?

Since there are different types of teen dating violence, there isn’t one warning sign that could definitely indicate whether such violence is occurring. But certain behaviors and characteristics could indicate that it’s happening or could happen. Their partners may be

People being abused may also behave in certain ways. They may

If they show such symptoms or are on the receiving end of negative behaviors, teens should consider seeking assistance. If others notice these behaviors, there are ways they can help.

What are some tips for talking to teens about dating violence?

Talking about teen dating violence can help stop it.

If you witness teen dating violence or suspect a teen is the victim of it, you might want to ask them if they need assistance. If teens deny that there are any problems or say that they don’t need help, you can remind them that you care for them and that you’ll always be available.

To discuss teen dating violence with their children, parents can:

Being willing to talk and listen can help parents learn what’s happening in the lives of their teens and ultimately help them. 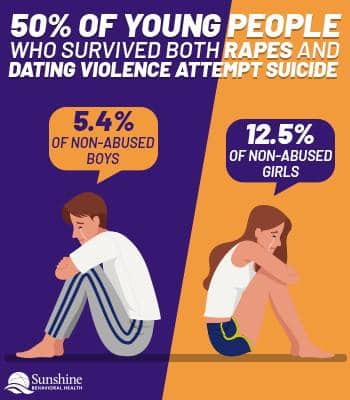 What are some ways to prevent teen dating violence?

Talking about teen dating violence can also be a way to prevent it. Explaining the characteristics of positive relationships can help teens learn what’s healthy and what isn’t.

If they’ve discussed warning signs of abusive behavior, teens might be able to identify if their partners are violent or may become abusive in the future.

During discussions with their teens, parents could also teach the concept of consent, that people should agree on what activities they want to do or don’t want to do. Parents can emphasize that teens can be assertive and that it’s okay if they advocate for themselves and others.

By offering to listen nonjudgmentally and answer questions as honestly as possible, parents can create environments where teens feel less afraid to talk about their problems. Teens might be more likely to seek help.

As common and dangerous as teen dating violence is, teens, parents, and others can find help to stop and prevent it.

If you are in immediate danger, call 911.

You can also contact other organizations and initiatives for assistance:

Other resources about teen dating violence